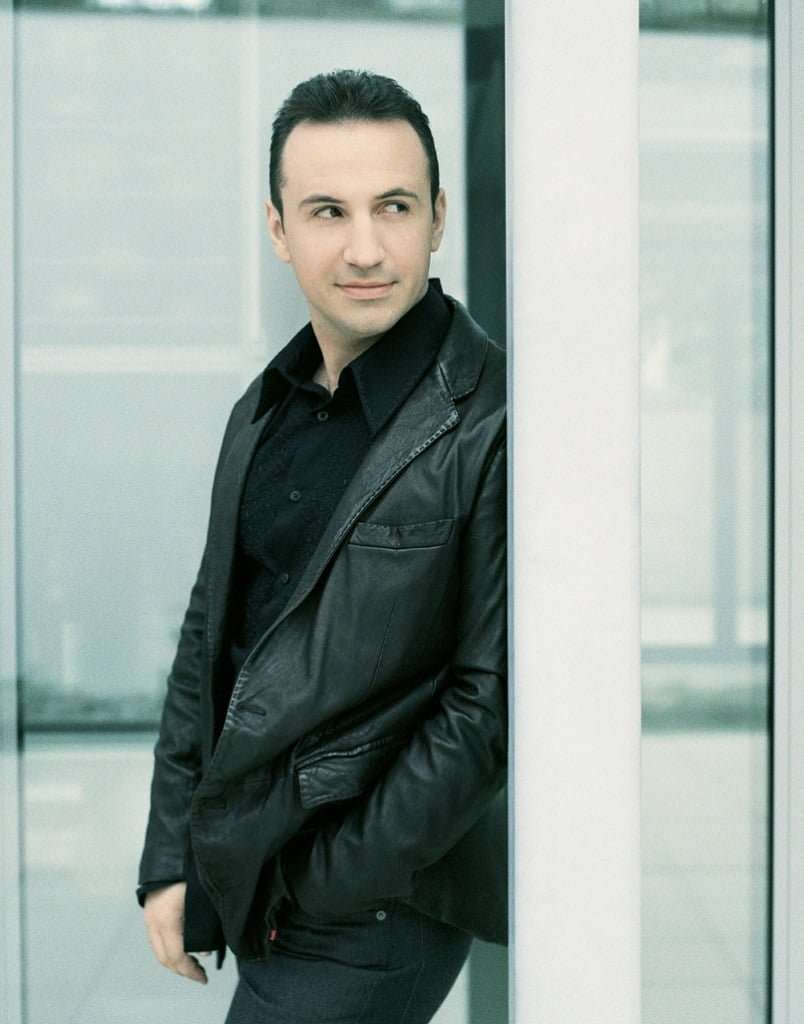 The Barbican Centre is calling its current piano series “Keyboards Visionaries”, a label that fitted Simon Trpčeski like a glove in this Chopin recital.

If you have ever associated this exceptional musician more with the tyro end of the repertoire, think again. The level of finesse, imagination and sheer daring Trpčeski poured into these works simply beggared belief and confirms him as one of the great pianists. He is only 36, yet the challenges involved in establishing a career have never compromised his insight and innate maturity.

Grouping his programme into genres also sharpened our appreciation of the huge range of Chopin’s style. Even so, the extremes of privacy and self-communing Trpčeski expressed in the Opus 24 set of Mazurkas were exceptional. Internalising the music to such a degree could easily have become mannered as dynamics retreated into the further reaches of pianissimo, colour became more veiled and rubato flirted with distortion. But it only took a feathering in of a particular detail or a brief hardening of rhythm to justify and balance his grasp of their sophisticated simplicity and to remind us of the music’s dance origin.

Trpčeski’s juxtaposition of shadow and substance extended into the other Polish dance-form Chopin made his own – the Polonaise. The dramatic opening flourish of Opus 26/1 was quickly undermined by the tug towards a withdrawn ambiguity in the contrasting music, and in the fiery No.2 his sparing use of fortissimo and big gestures had maximum impact – and prepared the ground for his excoriating performance of the Opus 44 Polonaise. The detail he injected into the brooding opening gave an idea of the work’s epic scale, and the virtuoso gloves were off in some devastatingly visceral playing and generous tone – the power of his left-hand is beyond awesome. Again, though, there was the pull towards a distracted introspection in the central Mazurka section that defined the character of the work as a whole, especially when conveyed through a musician as focussed as Trpčeski.

Obviously Trpčeski had considered the implications of everything he did to illuminate the music, but nothing sounded pre-programmed. He made this abundantly clear in his supremely vocal, improvisatory approach to the Opus 48 pair of Nocturnes, in which he made a virtue of the broken, quasi-conversational phrases in the middle section of No.2 (which he played first) and the aura of mystery that seeps through the start of No.1 – and the quality of sound he produced for the initial soft tread of the latter’s mid-section was just one aspect of his variety of touch. Another was a superbly controlled pianissimo trill in No.2 that stranded you on the edge of audibility.

The most overtly public Chopin came to the fore in the two Scherzos, the angular phrasing in the First showing off Trpčeski’s powers of lithe articulation to their best advantage, and taken further in the terrifying speed he set himself in the opening of the Second. He did, though, rein this in to launch one of Chopin’s grandest lyrical passages into the heights of eloquence, one of those moments when the artist possesses and is possessed by the music.

Trpčeski’s style is muscular but not demonstratively so, and the independence between the hands is enviable. He also has the unnerving habit of gazing into the audience while he is playing, but this may have been an attempt to silence some particularly unbridled coughing. He obliged us with five encores, including the final Prelude from Opus 28 and a haunting reading of the Opus 17/4 Mazurka, one of the saddest pieces of music I know.