Sinfonia Tamesa is a non-professional orchestra, used to performing in venues around the Thames, made up of youthful musicians who’ve grown up playing in school, college and university orchestras, or who’ve pursued careers away from performance after studying music. One of the ensemble’s great strengths is the quality of its principal players, demonstrated repeatedly in this programme of music spanning three centuries. 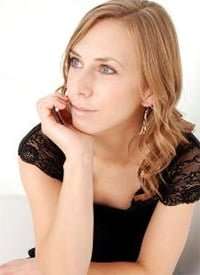 At the concert’s heart were two works by Dmitri Shostakovich, separated by 31 years and 91 opus numbers, but linked in key and youthful inspiration. The Second Piano Concerto, composed in 1957, was written for his 19-year-old son Maxim, himself barely older than his father had been when writing the First Symphony in 1926. Both share an irreverent wit, though the later work is the more uncomplicatedly sunny. Sinfonia Tamesa was joined by Kathryn Ashwell in the piano concerto, who navigated the piece’s tricky passagework well (apparently a reference to the difficult keyboard exercises undertaken by Maxim) and who also brought off the troubled tranquillity of the central Andante. Sinfonia Tamesa contributed some delectable wind contributions and although Tom Hammond had to occasionally work hard to keep soloist and orchestra anchored, the performance reminded us how cheerful Shostakovich’s music could be. 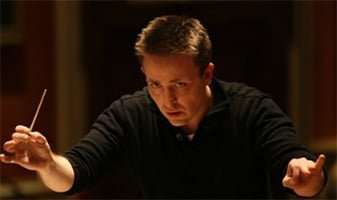 The First Symphony, heralded in the 1920s as evidence of a young genius, tested the orchestra more thoroughly. While the relatively diffuse opening movement could have been a little tighter, Sinfonia Tamesa lacked nothing in punch and vigour in the scampering scherzo or the finale. Solo contributions from the wind section stood out particularly – a reminder of Shostakovich’s special affinity for the full gamut of blown instruments.

The opener, Rimsky-Korsakov’s Capriccio espagnol, was lifted by the same confidence and full body of sound. Clarinettist Nick Marsden was superbly dextrous in his bubbling solos, while leader James Maggs dug into his solo moments with great relish.

A new work from London-based composer Bernard Hughes recalled the rhetoric of some of history’s great speeches, specifically the Ancient Greek device of Anaphora, in which statements are linked by common beginnings. In a spoken introduction to the piece, Hughes recounted finding the word in a crossword dictionary and building the piece from the title. Originally composed for the Woking Symphony Orchestra as part of Making Music’s “Adopt-a-composer” scheme, Hughes piece translated the rhetorical device into a theme, repeated frequently and transformed in various ways. It’s first heard on the oboe and connects a series of episodes, which led to a certain disjointedness – it was hard to really sense a thread unifying the whole – but particular segments stood out for their imaginative use of the orchestra, such as the opposition of bass clarinet and quiet violins. It also gave members a chance to shine: a beautiful trumpet solo proof of Sinfonia Tamesa’s strengths.