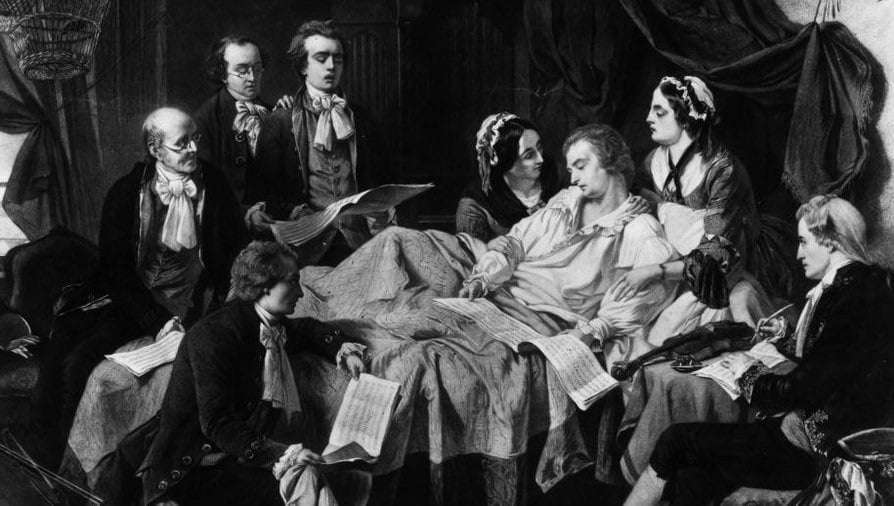 It was appropriate for Sir John Eliot Gardiner’s intense and perceptive reading of the Requiem to be preceded by Mozart’s suitably serious G-minor Symphony No.40 in a concert given on Mozart’s date of birth, 260 years ago. Notable for appropriate tempos throughout, Sir John Eliot’s reading of the Symphony was stylish and beautifully played – the vibrato-free strings having absolute unity and giving a silvery effect; however the approach featured a lightness of touch which made the music seem less dramatic than usual.

At the start Mozart’s Molto allegro requirement (in some scores Allegro molto) was certainly fully respected and the conductor’s view enhanced the music’s urgency by being strict in speed. Although there was much expressivity, it was achieved by subtle dynamic contrasts and not by tempo variation. The orchestral layout included antiphonal first and second violins, but strangely the first horn was placed alone, to the right of the woodwinds, in the first and final movements, but sat with her colleague – house-left – for the inner ones. Brief answering phrases between horns in the Finale came through particularly clearly as a result of their separation.

Although this was an elegant performance of the revised edition (which added clarinets), the very rapid view of the Finale proved most effective but the contours of the music seemed uncomfortable. In the first movement Mozart requires only the exposition to be repeated but the succeeding Andante has both halves marked for repetition. I cannot complain at Sir John Eliot obeying the score but the second movement was made twice the length of the first. Symmetry was also in question in the Minuet – it was suitably firm in tempo but to throw in the first repeat but not the second after the Trio made the movement misshapen. 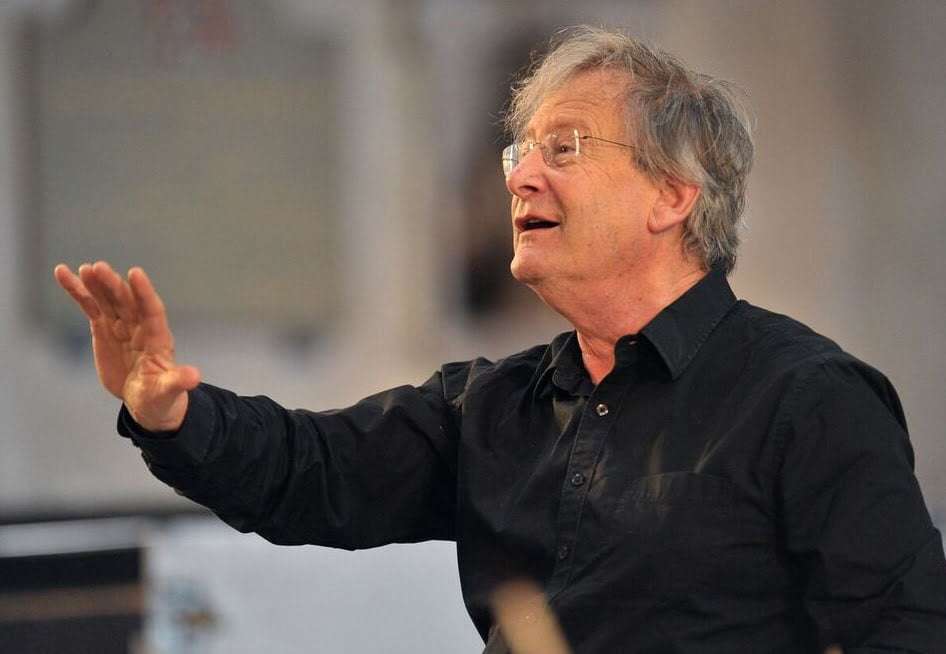 Gardiner’s interpretation of the Requiem has great conviction. The orchestra played with grace and precision and, perhaps because of the nature of Cadogan Hall’s acoustic, there was excellent definition of the choir: its diction was admirable. I was very pleased that the vocal soloists were placed centrally in the front row of the choir (so often they are in front of the orchestra) and they also sang with the choir. The balance was therefore natural and lightness of tone was evident – I particularly liked the mezzo-like quality of Kate Symonds-Joy’s voice and the power of David Shipley’s bass. As a quartet they were very well matched.

Tempos were occasionally a little faster than usual but there was symphonic unity. From the movingly hushed ‘Introitus’ to Süssmayr’s convincing re-use of Mozart’s earlier melodies of the work to represent the final ‘Confutatis’, Gardiner, conducting with neither baton nor score, was entirely convincing. Features were an excitingly staccato ‘Dies Irae’ and a magnificent ‘Rex tremendae’. Gardiner suggests that he is fully convinced of the validity of Süssmayr’s completion.

Stephen Johnson makes the interesting point that the ‘Benedictus’ and ‘Agnus Dei’ are assumed to be the work of Süssmayr, yet the quality is well above that ever achieved by Mozart’s worthy pupil. The early suggestion that the incomplete sections were recreated by Süssmayr from “scraps of paper” has long been dismissed. So, did Mozart perhaps dictate more from his deathbed than is supposed? I like Johnson’s alternative: “The loss of a loved friend … and overall the encounter with the unanswerable fact of mortality – is it unthinkable that this should have had the effect of elevating Süssmayr as composer however briefly?”.

At the close of the performance, the capacity audience respectfully delayed its applause. Sir John Eliot offered an extra, a sensitive, devotedly sung Ave verum corpus (K618). I cannot think of anything more appropriate.