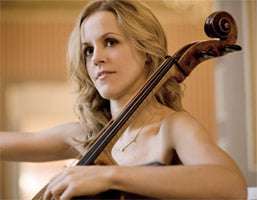 By the time Beethoven completed his final sonata for piano and cello he had singlehandedly transformed the standing of the string-instrument within chamber music, realising its full potential. In this energetic BBC Radio 3 Lunchtime Concert it was very much a case of the cello taking the lead, with Sol Gabetta bringing plenty of the instructed ‘con brio’ to the first movement, closely shadowed by Lauma Skride in the brisk unison passages. 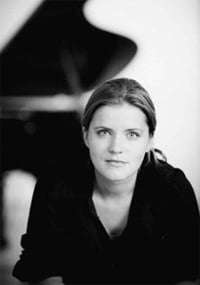 The two were on the same musical wavelength throughout, willing to use plenty of rubato in appropriate passages, and with an impressive range of colour and dynamics to emphasise the intensity of Beethoven’s writing. Thus the slow movement was particularly slow but also emotive, Gabetta eschewing vibrato for the opening section. The lead-out from this movement was also bare in texture, the cold single notes hanging on a thread before the Fugue gradually unfolded, just right in tempo and volume, the contrapuntal finale initially similar to that of a Bach Invention before momentum gradually increased and swept it home.

Mendelssohn’s Second Cello Sonata is gloriously uninhibited, right from the start of its broadly lyrical first movement theme. Gabetta and Skride captured the essence of the work, but took the first movement at a fast speed, squashing its full expressive capabilities. There was much more room in the scherzo, both players stressing the ornamented theme that moved from pizzicato cello to piano, while the slow movement, a solemn chorale, felt almost regal in its delivery. All this was building up for the outburst of the finale, its strong forward movement coupled with intensely romantic passages. The coda was impressively robust, both players unanimous.

As a considerable bonus Gabetta offered the music of her compatriot Alberto Ginastera. The three Pampeana works should certainly be heard more often, for they are intense portraits of national pride and of intense, colourful description. Gabetta was fully inside the contours of this Second Pampeana, virtuosity and ornamentation combining for expressive effect. The slow passages were particularly profound, mournful even, while the coda took off at dazzling speed.

A sensitively rendered ‘Prayer’, the first number of Ernest Bloch’s From Jewish Life, was offered as an encore.