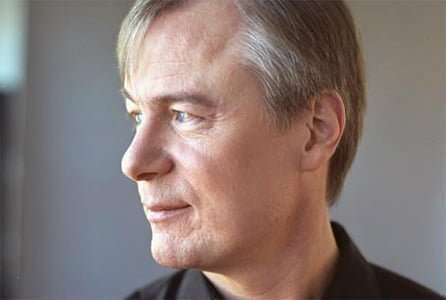 There is no better way for an American orchestra to commemorate the centenary of Benjamin Britten’s birth than with a performance of Peter Grimes, commissioned by the Koussevitzky Music Foundation. It was first staged at Sadler’s Wells, London in June 1945. Peter Grimes established Britten’s reputation and remains among the greatest of his achievements. In Carnegie Hall, on the composer’s centenary-birthday, a dream cast of singers joined the St. Louis Symphony and David Robertson in a brilliant concert presentation.

During World War Two, Britten was living in self-imposed exile in the US as a conscientious objector. The Koussevitzky commission – he was music director of the Boston Symphony Orchestra at the time – together with the composer taking inspiration from George Crabbe’s epistolary poem, The Borough, based on the inhabitants of an English fishing village modeled on Aldeburgh, Crabbe’s – and later Britten’s – hometown, helped to forge the opera. Britten and Peter Pears worked on the scenario while returning to England in 1942, then engaged Montagu Slater to write the libretto. Britten started work on the score in early 1944, but the War prevented Koussevitzky from staging it in America. The American premiere was in 1946 at Tanglewood, conducted by Leonard Bernstein, and it reached the Metropolitan Opera two years later. 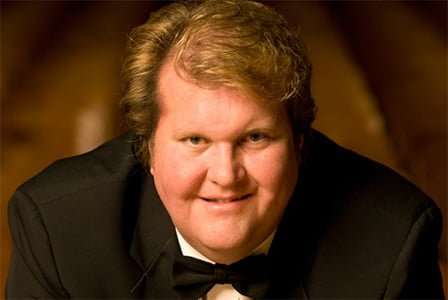 The plot of Peter Grimes revolves around the title character, Ellen Orford, the schoolteacher who befriends him, and Captain Balstrode, a retired sea captain who is the most respected inhabitant of The Borough. Grimes is Anthony Dean Griffey’s signature role. He gave a stellar performance on this occasion. Susanna Phillips, among the finest of today’s young sopranos, combined vocal beauty and accuracy with an affecting portrayal of the caring Ellen, and Alan Held was a marvelously convincing Balstrode. Griffey has fine-tuned Grimes over many years, portraying him as fundamentally well-meaning but unable to control his behavior – neither a victim nor a villain. His protestations of innocence at the Inquest are credible, but his resentment at being ostracized by the villagers runs very deep. He is alternately rough and gentle with his young apprentice, and equally mercurial in his treatment of Ellen. His descent into madness seems to be triggered more by grief than by guilt.

Griffey sang with tenderness and introspection in ‘What harbour shelters peace?’ and ‘Now the Great Bear and Pleiades’, but was powerful in declaring ‘God have mercy upon me!’ in Act Two and in his ‘mad scene’ in Act Three. Phillips was marvelous as Ellen Orford, her voice shining in her duet with Grimes as they laid plans for a happier future that was never to be; in her soliloquy at the start of Act Two as she sat beside the silent young apprentice, her mood changed as she discovers evidence that the boy may have been mistreated by Grimes. Her third-Act ‘embroidery’ aria was also touching. Held succeeded in making Balstrode a calming influence, both with his resonant singing and his fatherly demeanor, at first trying to help Grimes avoid a repetition of past problems, but finally steering him toward a suicidal course. 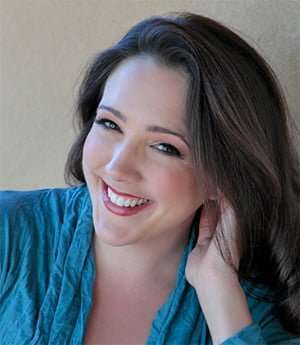 The opera also brings to life a number of the other villagers, imbuing them with distinctive personalities. All were cast strongly. Patrick Carfizzi was a memorable Swallow, the lawyer who presides over the coroner’s inquest that begins the opera and later bandies legal terminology about as he flirts with the ‘Nieces’ – the excellent Leela Subramaniam and Summer Hassan – at the bordello run by ‘Auntie’, played by Meredith Arwady. The haunting Act Two female quartet in which Auntie and the Nieces are joined by Ellen was one of the highpoints. Liam Bonner brought a strong voice to his characterization of Ned Keene, the apothecary who supplies laudanum to the straitlaced and very suspicious Mrs Sedley, sung and played archly by Nancy Maultsby. David Pittsinger was a fine Hobson, the Borough’s carter. Thomas Cooley was vocally powerful and energetic as the boisterous Methodist Bob Boles. Keith Boyer showed off a bright voice as the rector, Horace Adams, and his son, Garrett, proved to be an excellent actor in the silent role of John, Grimes’s apprentice. When he arrived at The Boar he seemed already worn down by a hard life, withdrawing into silence despite Ellen’s encouraging him to speak; and later, after recoiling from Grimes’s harsh treatment but complying with his ill-fated instructions, he gave a blood-curdling off-stage shriek as the boy falls to his death.

As townspeople, the St. Louis Symphony Chorus was Grimes’s real antagonist, and also reflected everyday life in the Borough. The singers were powerfully effective during the ‘Storm’ in Act One and more delicately so in singing Sunday morning hymns at the beginning of Act Two, divided between the stage and the rear of the Hall. The precision of the Chorus gave its contributions terrific impact, as in the dramatic outburst of “Home?” when Grimes leads his bedraggled new apprentice away at the end of Act One, and the repeated cries of Grimes’s name in the final Act.

Britten also makes the orchestra a protagonist, particularly in the ‘Interludes’ that depict the contrasting moods of life beside the sea: calm versus tempest; dawn versus moonlight. David Robertson drew superb playing from the STL Symphony throughout the score, which took on an additional richness from being performed on the Carnegie Hall stage rather than in an opera-house pit. Especially beautiful were the solos by principal viola Beth Guterman Chu, the first during the ‘Passacaglia’ in Act Two representing the apprentice’s plight, and the second, after his tragic death, reprising that theme in inversion accompanied by only a celesta.

Although this was a concert presentation, the simply costumed performers gave a very satisfying enactment. There were few props: a small bit of fishing net, Mrs. Sedley’s umbrella, Bob Boles’s Bible, Ellen’s knitting and the apprentice’s sweater. A plain wooden box in the relatively small area of the stage set aside for the singers served as a podium from which Swallow presided at the Inquest, a soapbox for Boles’s harangues, the seaside bench on which Ellen sat knitting, and a place for the deranged Grimes to lie down. Supertitles were projected above the stage, but were needed mainly in passages with multiple vocal lines as the singing was uniformly lucid. No titles were projected during Grimes’s ‘mad scene’; presumably to avoid distraction from the character’s distressed state. This was a triumphant evening that greatly honored Britten’s memory and legacy.