John Adams
The Gospel According to the Other Mary – A Passion Oratorio in two Acts to a libretto by Peter Sellars based on Old and New Testament sources and with texts by Dorothy Day, Louise Erdrich, Primo Levi, Rosario Castellanos, June Jordan, Hildegard von Bingen and Rubén Darío [sung in English, Latin and Spanish, with English supertitles] 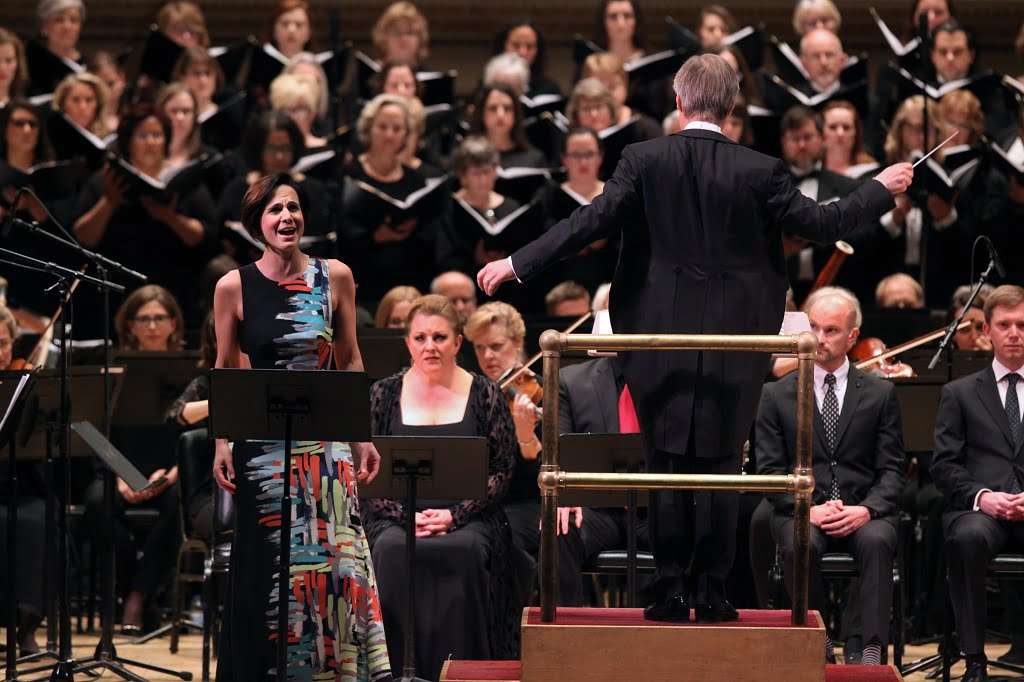 John Adams’s The Gospel According to the Other Mary (2012) is more than a sequel to his earlier Nativity oratorio, El Niño (2000); it is perhaps a fraternal twin. The Gospel shares its most striking musical features with the earlier work, and is a kindred spirit in textual choices (as in El Niño, Peter Sellars compiled the libretto) and dramatic pacing. However, The Gospel also has at times a playful, kinetic quality that is new to Adams’s oratorios – something more akin to his Chamber Symphony (1999).

The scoring includes some non-standard instruments: cimbalom, djembe, and electric bass guitar. “Sound design” is also on the instrumentation list, heard most prominently as a frog noise in the second Act. The guitar’s amplification was problematic, however, muddying the otherwise clean textures of the acoustic instruments. The cimbalom (somewhere between a harpsichord and steel-string guitar) is regularly paired with the piano or harp to great effect, its clang and reverberation dramatically transforms the palette of timbres. 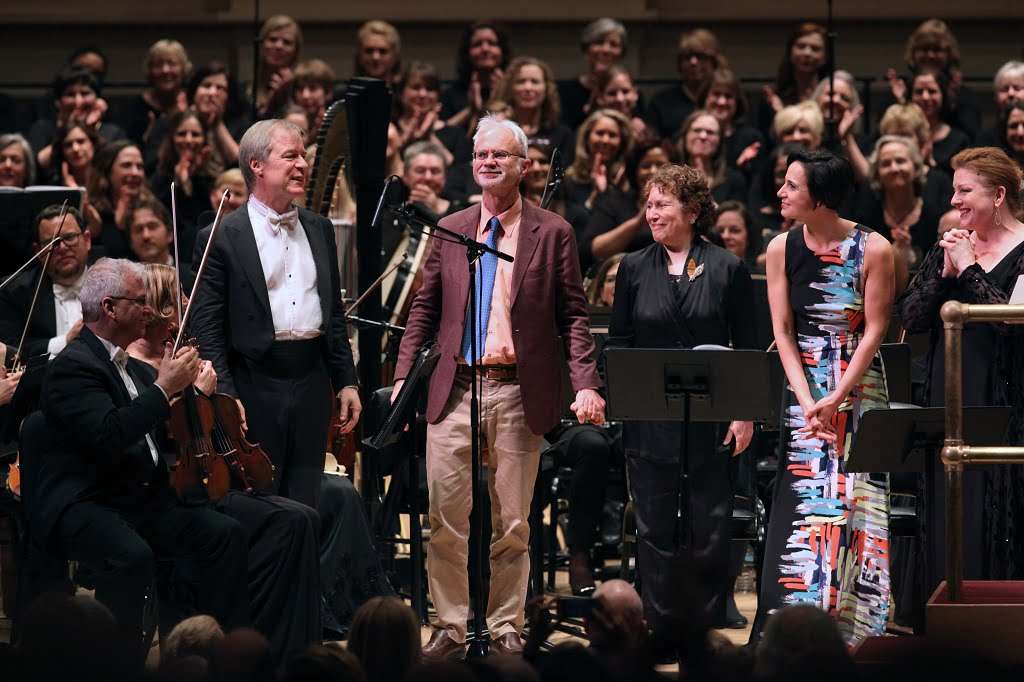 The soloists were terrific, Kelley O’Connor a force of nature, displaying great depth of tone, and also plenty of power. Unlike in El Niño, the trio of countertenors, each superb here, are used almost exclusively as a unit. By lowering one singer’s part, Adams makes the group more grounded, to make sense of their role as narrator/Evangelist, rather than portraying heavenly forces, and it was very moving when the three sang in unison.

The St. Louis Symphony, under Music Director David Robertson, gave a rousing performance, with the brass particularly strong, creating diverse timbres and beautifully punctuating the texture. However, others, and particularly the violins, at times lacked consistency in the more off-kilter rhythms of Adams’s fiendishly difficult score. The St. Louis Symphony Chorus, committed and robust, earned high marks for precision and sound. Of particular interest was the ‘Golgotha’ scene, which begins with spoken murmurs throughout the chorus, spreading into cacophony and replete with orchestral fury.

John Adams was present, and received a raucous ovation.