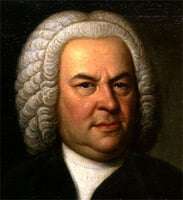 Of five passions written by Johann Sebastian Bach, only “St Matthew” and “St John” survive. The libretto for “St Mark” survives and the two others mentioned by his son Carl Philipp Emanuel have yet to surface. Scholars have deemed “St Luke Passion” a spurious work. “St Matthew Passion” is Bach’s largest-scale surviving work, calling for a double chorus, each accompanied by a separate orchestra, and numerous vocal soloists.

Kurt Masur, who conducted the New York Philharmonic’s Good Friday performance of “St Matthew Passion” (the third of four performances in this week), studied in Leipzig, the city most closely associated with J. S. Bach, and was music director of that city’s venerable Gewandhaus Orchestra for nearly three decades before being called to the New York Philharmonic in 1990, a position he held until 2002. 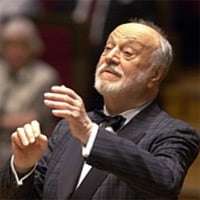 Bach has been a pivotal composer in Masur’s repertoire. His approach to this composer is rooted in 20th-century central-European tradition with only a smattering of ‘historically informed’ touches — for example, both a harpsichord and chamber organ were used for the continuo and provided harmonic support and textural underpinning rather than timbral color whereas a viola da gamba and two oboes d’amore were deployed more for color as obbligato instruments than a component of the ensemble.

The combined string orchestras represented well over two-thirds of the regular members (and looked to be a larger ensemble than when Masur last conducted the work with the Philharmonic in 1998). The overall orchestral sound was grand yet detailed; the outstanding Westminster Choir (the student chorus of Rider University’s Westminster Choir College) and American Boychoir blended extremely well, with the latter bringing forth a characterful and pitch-perfect sound that is the envy of many a professional “grown-up” group.

As he has done in previous performances with the Philharmonic, Masur performed nearly the complete work, omitting Numbers 56 and 57. 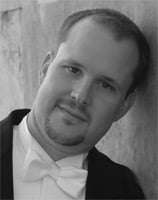 A number of the vocal soloists made their Philharmonic debuts with this ‘run’ of “St Matthew Passion”, including James Taylor, who brought compelling urgency and theatricality to the role of the Evangelist. Christiane Libor, another debut, sang the recitatives and arias in Part One with pathos and clarity, but seemed to hit an iceberg in ‘Aus Liebe will mein heiland sterben’ — her voice here sounded dry and her diction was unclear, yet she rebounded in the final recitative with chorus. Dietmar Kerschbaum and David Pittsinger (together with Lucas Meachem and Jason Grant) all brought theatrical flair to their multiple individual roles.

In the role of Jesus, Matthias Goerne amazed by bringing a sense of serenity with his enormous voice, casting both light and shadow over the entire work; Anna Larsson sang with more restraint than the other soloists, but nevertheless laid some of the most profound emotional foundations for the surrounding music, with Masur drawing the most expressive playing from the orchestra whenever Larsson was to the fore; her poignant singing of ‘Erbarme dich’ from Part Two was a highlight.

In a performance that lasted two hours and forty-five minutes (not including the long intermission), there was not a moment when momentum faltered. The second half of Part Two in particular blazed forward in a manner that highlighted the calamitous culmination of events and lent the final numbers a stronger sense of mournful catharsis.

During his tenure as Philharmonic music director, more than a few concert-goers felt Kurt Masur was a highly reliable but not terribly exciting maestro. I had the opposite reaction upon encountering his probing interpretations of composers as varied as Bruckner, Gubaidulina and Shostakovich, and this Good Friday performance of “St Matthew Passion” was yet another evening of powerful and moving music-making, a shattering vision of a daunting masterwork.