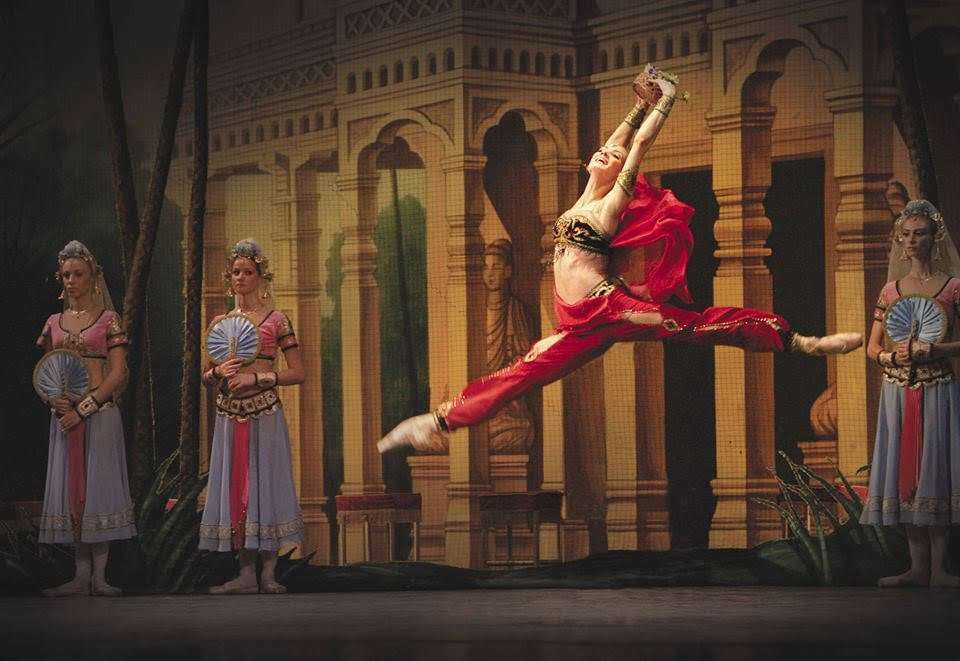 The history and the reality of Classical Dance is not only that of the large, established national and regional companies but equally, and, perhaps more so, that of smaller, independent companies. That these companies cannot field the large scenic and musical forces of their ‘establishment’ rivals, that the level of technical accomplishment is, almost by definition, lower, and, that the nature of their interpretations of the classics is coarser all go almost without saying. St Petersburg Ballet Theatre is one such outfit, a privately-run classical company from Russia’s second city, which makes its money by performing the staples of the repertoire. That does not stop it from having ambition, and it is known for touring abroad, presenting itself with confidence in some of the great dance capitals of the world. In the dead month of August, it took a two-week season at the London Coliseum, filling the house with Swan Lake but also slotting in two performances of La Bayadère, Petipa’s tale of love and betrayal in India, which features the exquisite Kingdom of the Shades, the non pareil of ballets blancs.

Irina Kolesnikova, in something of a throw-back to an earlier era, is the company prima ballerina and partner of the company Director – it is no surprise that all productions are designed to show her off. Certainly, there is a great deal of belief in Kolesnikova who, if one is to believe the programme notes, is not only a prima ballerina assoluta but also to be spoken of in the same league as Anna Pavlova. The reality is somewhat different if her appearance in La Bayadère is anything to go by. She is tall, graced with long limbs and a flexible back, and clearly has technical accomplishment, but, in this tale of the beautiful yet lowly temple water-carrier with an inner nobility, Kolesnikova never sought to portray a rounded character. Her acting is generic and unfocussed, and in the third Act Kingdom of the Shades, wholly lacking in the transcendent quality that Nikiya must possess as the idealised perfection of the warrior Solor’s opium-induced hallucination. She hits choreography rather than using it to release meaning and subtlety, to portray emotion and character. Kolesnikova believes unwaveringly in her own artistry and right to command the stage, but that belief is, ultimately, more than a little hollow. 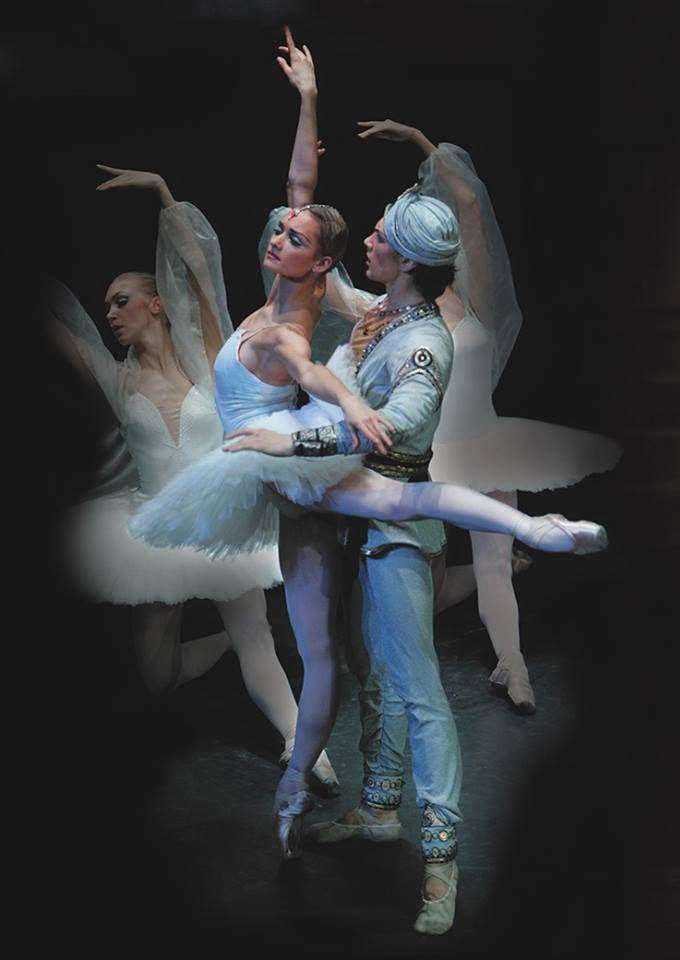 With the absence of male dancers of quality in the company who could attempt the role of Solor, Denis Rodkin of the Bolshoi Ballet was drafted in, displaying all the qualities of a premier danseur from one of the world’s major companies. He has a high, pantherine jump, with easy elevation and a quiet landing, and is a secure partner, despite obvious lack of rehearsal. He was exciting in his two solos, making light of the considerable demands they present, and maintained a noble countenance throughout, despite two deeply unflattering outfits (one in Windowlene, the other baby blue). Natalia Matsak as the Rajah’s daughter Gamzatti was a glamorous princess although she adopted an expression of grim determination when dancing in the second Act’s wedding celebrations, which was well-enough done but lacked the smooth coordination that allows choreography to breathe. She, as almost all her fellow performers, was not helped by Timur Gorkovenko’s wayward tempi in the pit – Ludwig Minkus’s score for this ballet is nowhere in the league of Tchaikovsky, but it is not as bad as it sounded on first night.

The orchestration is poor, robbing many passages of their rhythmic pulse, but Gorkovenko made this second-rate composer slip down a league with his unsubtle conducting and extraordinary tempos – at one point in Act Two, a stage manager’s head was to be seen poking out form behind a painted pillar to catch the conductor’s eye and, when he did so, a desperate gesture enjoining him to slow down followed! In the Kingdom of the Shades, the three soloists (in three of Petipa’s most sublime creations) were not helped by him either, Anna Samostrelova as the first, hurried along rather too clearly against her will.

Character parts were well taken: Dimchik Saikeev chewed the scenery magnificently as the lustful High Brahmin and is a powerful presence, while Dmitry Akilinin was an implacable Rajah whose expression of “well, what did you expect?” directed towards Nikiya when she had been bitten by a cobra hidden in a basket of flowers was spot-on.

The corps de ballet in the third Act represent infinite manifestations of Nikiya; they enter down a slope and pass back and forth in unending arabesques. It looked as if this was to be one step too far for the dancers as the first half-dozen seemed unable to coordinate themselves with each other. Matters settled considerably thereafter, and Petipa’s extraordinary choreography was presented honestly and competently but without the poetry that the great ensembles can bring to collective movement of such a sublime nature.

In the first two Acts it was patently clear that the company was under-rehearsed, with toothsome moments of stage panic as eyes darted left and right to follow someone who knew when to move and in which direction; hands waved in the wings to shoo priests offstage and Rajah’s soldiers bowed in canon as each took his cue from the one before. Sets were strictly of the painted cloth variety although costumes had clearly been made with care and at some expense, even if some were now of somewhat threadbare appearance.