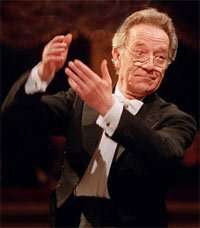 To paraphrase Mark Twain, the rumors of the St Petersburg Philharmonic’s demise have been greatly exaggerated. In a 2002 interview Yuri Temirkanov, the orchestra’s Music Director, described the post-Perestroika state of affairs as, “When we advertised for an audition, the best musicians from all the Soviet republics applied. Today our musicians come from a single conservatory”. It is even more to his credit then that the orchestra presented such a splendid concert here, the second of three at Carnegie Hall.

From the very first note of the Schubert Entr’acte, a very special string sound emerged – radiant, warm and rich. Temirkanov brought out all the lyricism of the piece, and milked it for every ounce of Romanticism. 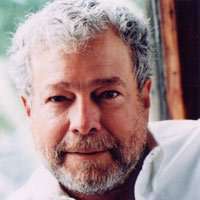 The lyrical approach continued with Schumann’s Piano Concerto. Brazilian pianist Nelson Freire embarked on an international career almost 50 years ago at the age of 15. American audiences know him better for his collaborations with Martha Argerich than as a soloist in his own right, which is regrettable. Freire is an artist’s artist; nothing showy or flashy here, but a pianist of impeccable, effortless technique and deep musical insight. The structural delineation was exquisite, and he made use of a rich palette of colours and moods. At times one wished for a little less pedal and more articulation; however, this was only a slight distraction as the concerto was presented with a degree of freshness and vibrancy one hardly dared hope for in such a well-known and often-performed work. Temirkanov was the perfect accompanist, yielding a close interplay between soloist and orchestra.

The concert concluded with the inevitable Russian work, on this occasion nine excerpts from Prokofiev’s ballet Romeo and Juliet. The violins were seated antiphonally and the ten double basses were on the left side of the stage. With the magnificent low brass on the right this provided a very solid stereophonic foundation, allowing the dark, thick string sound to simply soar. When the percussion section joined in, the effect was breathtakingly visceral. Except for the bright trumpets, this ensemble achieves a remarkable blend of sonority, with very distinct woodwind and brass colors, the orchestra showing off its considerable virtuosity in ‘Tybalt’s Death’.

Many conductors try to beat music into the orchestra, while a few, like Temirkanov, draw it out. Conducting without a baton, he molds and shapes the sound with his hands and body; one can almost see it being brought into existence. He obviously has a great affinity for this work, and he found just the right voice for every movement.

This Russian tour de force was followed by Elgar’s ‘Nimrod’ (Enigma Variations) as an encore, amazingly idiomatic. The gorgeous string sound and flawless structural arch brought the concert to a most satisfying conclusion.