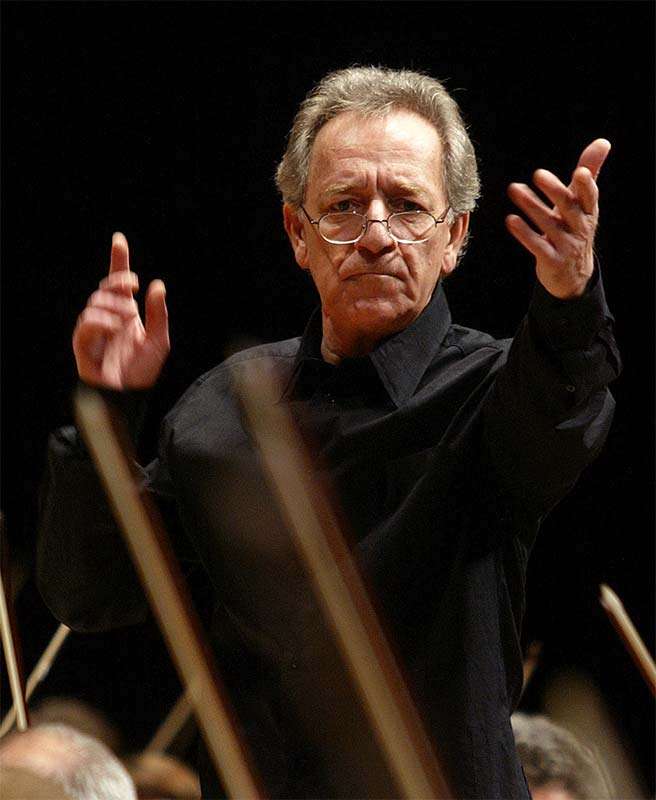 The St Petersburg Philharmonic and its long-serving Artistic Director and Chief Conductor Yuri Temirkanov here graced this “returns only” Southbank Centre International Orchestra Series concert. Before a note was played, we had some comedy. A stool had been placed on the podium, presumably there from the earlier rehearsal. When Temirkanov arrived he immediately manhandled it away to the front of the first violins. Leader Lev Klychkov thought the seat would be much better placed in front of the sitting-adjacent cellos. Good-humoured glances ensued between conductor and violinist.

First up was Liadov’s Kikimora (1909), a fantastical piece, brilliantly orchestrated, with brooding and slightly sinister cellos and double basses leading off – at once announcing a devoted and distinctive orchestra, with a soulful melody on cor anglais, eloquently phrased, then establishing a lament. Russian folklore abounds in this music, the faster parts played by the SPPO with seasoned scintillation until the piccolo gave a witty pay-off. A virtually perfect performance! 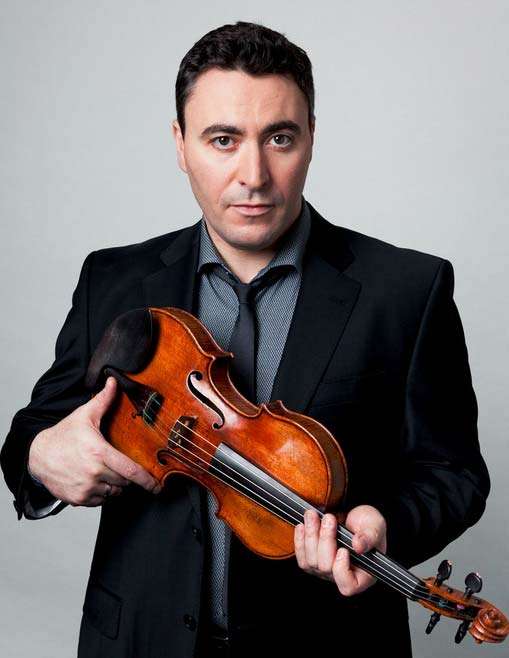 Things were less certain in Tchaikovsky’s Violin Concerto. Heavy on vibrato, Maxim Vengerov conjured some chocolate-rich tone but was slightly acidic in the top register. Allowing for a shoulder injury that he may still be recovering from, Vengerov’s technique is less transcendental than it once was; here he was somewhat laboured and awkward, hard-working certainly, but rather bland. He was not helped, ironically, by the accompaniment, which was outstanding in its alertness and character, but which rather showed up Vengerov’s limitations. For all that Temirkanov had the strings at full strength, including eight double basses, the sound was transparent and full of light and shade, yet also hefty and ripe as required.

By now though some in the audience were becoming irksome with their persistent coughing – it was almost a competition to see who could bark the loudest. At least there was some respite in the starlit serenade that is the slow movement, Vengerov sultry and ‘distant’ if just a little contrived, and with the woodwind section seductive. The finale (given complete) was taken at breakneck speed, Vengerov forcing himself through the notes and also indulging and phrasing choppily the slower music. It was in many ways a brave account from Vengerov, not quite on song but determined to do his best. His encore though was sublime: a Bach ‘Sarabande’ from the soul for the soul.

During the interval I overheard some grumbles that a thumping bass could be heard seeping through into the RFH. It didn’t reach my ears, but it sure did during parts of the Shostakovich, presumably coming from the box-office level Clore Ballroom, where “Speak Up” was taking place. Aptly named but intrusive to the RFH and its paying customers.

As he has demonstrated on a Russian Disc recording, and also with the Royal Philharmonic Orchestra at this address some fifteen years ago, Temirkanov has a particularly prescient way with Shostakovich 10. Those luxurious but never cloying SPPO cellos and basses, sounding from the depths, immediately sucked the listener into a desolate world. Temirkanov’s spacious and wholly controlled way with the first movement simmered, contrasted and was deeply involving – he himself raptly inside the music, hand-gesturing and cradling it with empathy – passion coming to a head in the big climax, the conductor broadening the tempo still more for grinding emotional overspill.

Coughing remained a problem – unguarded and uncaring – and going into overdrive when the first movement came to a close. Temirkanov didn’t indulge the clamour, cutting into it with the Stalin-caricature scherzo, rapaciously fast, savagely delivered; white-hot in one sense, deadly chilling and bitterly cynical in another. Temirkanov has an unusual approach to the ominous and flaring third movement, certainly with regards to tempo (nifty) and in the way motifs are unified, not least between solo horn and the whole section returning the pattern in stentorian fashion and at the same tempo. Not that the brass dominated, for balance was finely gauged (good to hear colourful rather than crashing cymbal clashes) and the fire-breathing, wall-stripping trumpets of Mravinsky’s time (when Leningrad) are replaced by instruments that are now only a tad edgy.

Continuing to ignore the throat-clearers. Temirkanov went straight into the finale, brooding, tragic and then made divergent with a bright and breezy Allegro, quite chirpy, if moving boldly to DSCH catharsis and dancing triumph – or, as this is Shostakovich, the master of the cipher, maybe not. The coda was really pushed along, arguably too fast for the music if not for the St Petersburg Philharmonic.

While taking a bow, Temirkanov was presented with a large bouquet, which he passed through the violists to principal horn, Igor Karzov, and with a thumbs-up when it reached him. Not to have had an encore would have been a surprise. I wondered about ‘Nimrod’ and not just because Remembrance Sunday was a couple of hours away. Well, I got the composer correct, Salut d’Amour. Temirkanov is a noted Elgarian and this delicious miniature was idiomatically and silkily played, a tenderly heart-on-sleeve envoi to round-off a very impressive showing by a great orchestra.