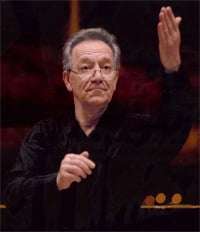 The St Petersburg Philharmonic is the oldest symphony orchestra in Russia, founded in 1882, six years before the earliest work on this program, Scheherazade. Its current principal conductor, Yuri Temirkanov, has had a long and distinguished career. Not given to excess or flashy bravura, his interpretative approach, although conservative, is highly intelligent and well-conceived, stirring the emotions through a reliable and sensible focus on deftly shaped musical lines and structural wholeness. He presented each of these works in a thoroughly Russian style, incisive and energetic, and devoid of affectation or extreme dynamics.

To begin was an atmospheric, almost impressionistic reading of Liadov’s Kikimora (1909). Liadov was a seminal Russia composer who studied with Rimsky-Korsakov, and in turn taught Prokofiev, who also became a masterful orchestrator. Kikimora is a witch who “grows up with a magician in the mountains” (Liadov) and tells her fantastic tales of ancient times and far-off places as she rocks in a crystalline cradle. When she reaches maturity she spins flax from strands of straw with “evil intentions for the world”. The St Petersburg players produced a glowing, vibrant sound, enhanced by the subtle hues of the woodwind choir, and generated much excitement as the music galloped intently to its climax only to vanish as if by a snap of the finger. 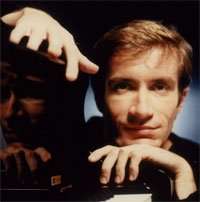 In Rachmaninov’s ever-popular Second Piano Concerto Nikolai Lugansky combined refined musicianship with extraordinary technical virtuosity. Perfectly in sync with Temirkanov, Lugansky avoided untoward affectation in a well-shaped performance that generated intensity without succumbing to over-indulgence. Lugansky captured the yearning quality infused in this music through sensitive expression, although tempos were generally pressed, particularly in the rhapsodic second movement where some flexibility might have tempered an underlying restlessness. Even the cadenza seemed hurried. By the finale, things became even more vigorous, soloist, orchestra and conductor combining to stir emotions to fever pitch. In contrast, the coda seemed curiously mechanical, undermining an otherwise intensely exciting performance. For an encore Lugansky offered energetic treatment of Rachmaninov’s Prelude in G sharp minor.

Rimsky-Korsakov’s Scheherazade gave the St Petersburg players a chance to show off their many talents. Tempos were generally brisk and enhanced the excitement, Temirkanov inspiring his orchestra to produce music of grand sweep in the outer movements and brilliant shaping of the lyrical ebb and flow and long arching melodies in the second (‘The Kalendar Prince’) – so as to give new insights into this time-worn masterpiece. At the end of the first narrative (‘The Sea and Sinbad’s Ship’), the music seemed to smile softly, assuring us that for now the crisis had passed. How engagingly the musicians rendered the rhapsodic exoticism of ‘The Young Prince and Princess’ and the sweeping grandeur of the finale’s huge climax when the imperiled ship founders on the rocks. Wind soloists performed beautifully, as did concertmaster Lev Klychkov (the story-teller herself), notwithstanding some indistinct double-stopped passages. Hearing such a hard-edged, taut and energetic reading was a welcome touch of St Petersburg in mid-town New York.