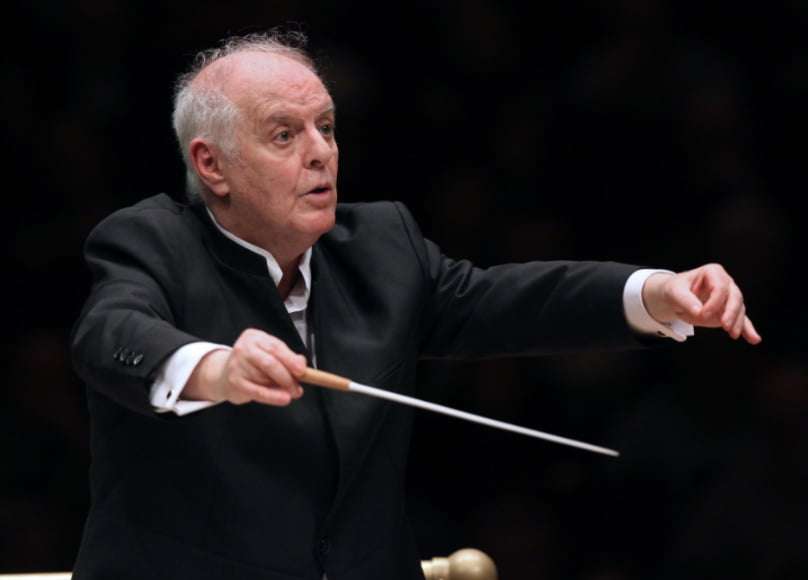 This was the second of a nine-concert residency with Daniel Barenboim and the Staatskapelle Berlin at Carnegie Hall, the first time in the venue’s history that Bruckner’s nine numbered Symphonies will be performed in one season.

Barenboim and his players absolutely shone in the Mozart Piano Concerto. From the first ominous murmurs of this dramatic piece one could feel the musicians’ energy, the unmistakable sense that they were playing magnificent chamber music together. The first-movement tempo was fluid, yet with true organic breath and space. Every phrase was cared for and elegantly shaped in a stunning way. The group moved with ease between dramatic ferocity and precious delicacy. Barenboim approached the solo part with fantasy and spontaneity, exploring further and further into the soul of the music.

The second movement ‘Romanza’ was a breath of fresh air – the players created an open and rich sonority, full of dramatic shifts of color and texture. Barenboim highlighted the conflict and indecisiveness of the mood in the middle section, all the while tossing off virtuoso passages with aplomb, and there was some spectacular contribution from the woodwind principals, who were the stars of the night at many times. The Finale opened with absolutely ferocious and thrilling playing transported us the world of Don Giovanni as our hero gets dragged down to the depths of Hell. Barenboim asked the players for their all, and they gladly gave it.

Bruckner’s Second Symphony is an interesting piece, restrained and expansive. It was the first large work that Bruckner had written after moving from his rural Austrian home to the bustling cultural center of Vienna. He was homesick for the St Florian Monastery, and certainly this cultural shift had a profound effect on the shy and naïve composer. In response to some criticism he had received for his F-minor Mass, he attempted to create clearer outlines of important structural moments by including charged silences. The musical elite laughed at this and dubbed this Second Symphony “The Symphony of Pauses”. This became a hallmark of his style from this point on, with Bruckner stating: “When I have something important to say, I must take a deep breath first.”

There were many wonderful moments in this performance. The strings were always radiant in pianissimos, and played with tenderness, most notably in the meditative slow movement. I had the sense of beautiful architecture within phrases, but perhaps not across the entire movements or the Symphony as a whole. We were made keenly aware of its vast scale, such as a delicate and captivatingly played duet between the concertmaster and the principal flute to the most powerful and thunderous climaxes, which the orchestra played with a dark, rich, bass-heavy sonority.

The Finale in particular showed Staatskapelle Berlin and Barenboim in excellent form. There was great focus and continuity to the discourse. Overall, perhaps this account highlighted the great challenges of performing and listening to Bruckner’s music. It is so full of atmosphere and so expansive that one needs incredible energy to travel Bruckner’s designs. At times, I felt the orchestra and the audience were adrift in a massive musical world without really knowing which way was up or down. However, these moments would pass. All in all, Carnegie Hall and the city of New York are in for a treat as Barenboim and his Berliners continue their Brucknerian journey.