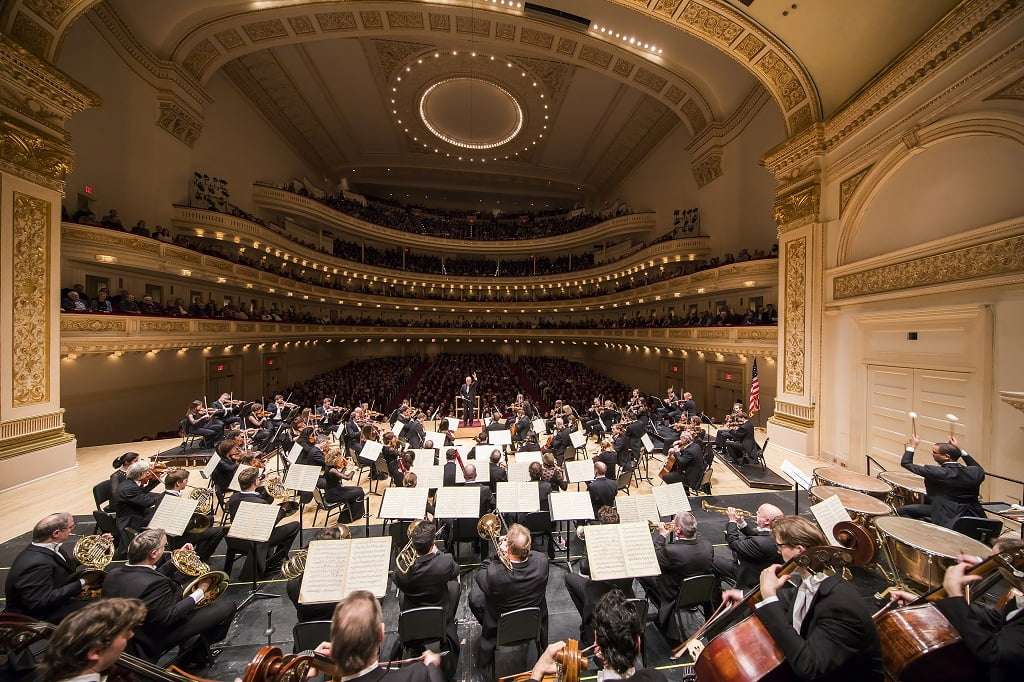 Midway through their Carnegie Hall Bruckner cycle, Daniel Barenboim and Staatskapelle Berlin offered a stupendous performance of the Fifth Symphony, purportedly in the original version, embellished by doubling the brass section (Bruckner did suggest that more brass was needed) and adding a second set of timpani. When Bruckner started work on his Fifth, in 1875, he had already displayed many of the characteristics of his symphonic style. But with the extraordinary Fifth – which Bruckner initially subtitled the ‘Fantastic’, not intending any reference to Berlioz – he created a work of massive proportions, brilliant in its contrapuntal technique and creative structural design.

As with all-but-one of these Berlin concerts, Barenboim opened with Mozart. There is some evidence that in 1778 Mozart wrote a Sinfonia concertante for flute, oboe, horn and bassoon, but the original score is lost. There is disagreement amongst commentators about the authenticity of K297b (K297 is the ‘Paris’ Symphony, No.31). Some refuse to accept it as by Mozart, others contend that the music is by Mozart but the substitution of clarinet for flute was not Mozart’s doing. Notwithstanding this, K297b has become quite popular. 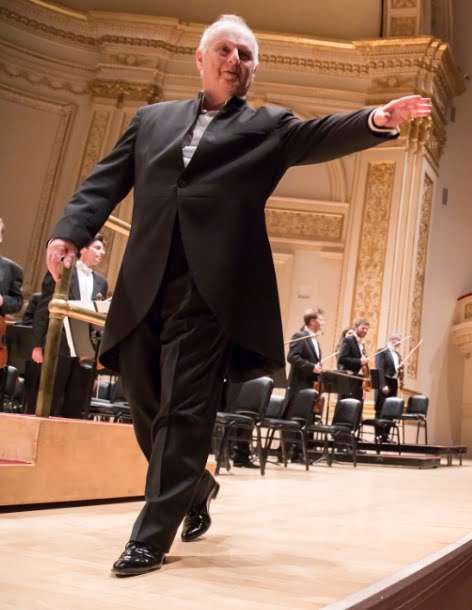 It’s a substantial work, opening with a sonata movement, followed by a gentle Adagio and a ‘theme-and-variations’ Finale. The four wind soloists played superbly, especially impressive in song-like passages, given with a romantic flavour, the beautifully phrased lines in the Adagio and the arduous passages in the Finale. Barenboim’s pacing was lively in the outer movements and appropriately relaxed in the Adagio, yet I did not sense much of the charm and grace that makes Mozart’s music so endearing.

After intermission the Bruckner was ablaze with fiery intensity and dramatic power. Based upon a motif first heard in the slow introduction (the first Bruckner Symphony to begin in this manner), the work moves inexorably toward the hymn-like conclusion of the finale, in which first-movement themes return and are developed far beyond the rather inconclusive manner in which they were treated earlier.

Barenboim’s way with the Fifth has matured over the years. Contrasting tempos are now better coordinated and less extreme, with greater fervency and attentiveness to detail. Here four principal characteristics predominated: bold brass chorales that virtually stormed the heavens; heightening of tension by brisk tempos (particularly in the Scherzo) and a tendency to press forward during long build-ups; arch-like shaping of lyrical material; and keeping important inner voices from being buried under powerful tutti passages.

One’s attention was riveted even during long stretches of repetitious figures, and his extremely fast pace for the Scherzo forced the second theme – a lilting Ländler to be played Bedeutung langsamer (substantially slower) – to hurry, thus sacrificing its bucolic character. Tempos in the other movements, although essentially well-conceived, were also subjected to substantial pressure.

Staatskapelle Berlin played brilliantly, following Barenboim’s detailed directions attentively. Occasionally, he stopped conducting and let the orchestra show how well he has trained them. The brass section was consistently outstanding, playing with force and burnished tone. Strings elicited a vibrant tone, the violins’ beauteous tone imbuing the hymn-like theme in the Adagio with religious passion. Antiphonal timpani gave a new dimension to climactic sections. But most impressive was the clarity of complex counterpoint achieved during the double fugue in the Finale. This inspired and inspiring reading of Bruckner’s Fifth added measurably to the listener’s appreciation of this sprawling Symphony.