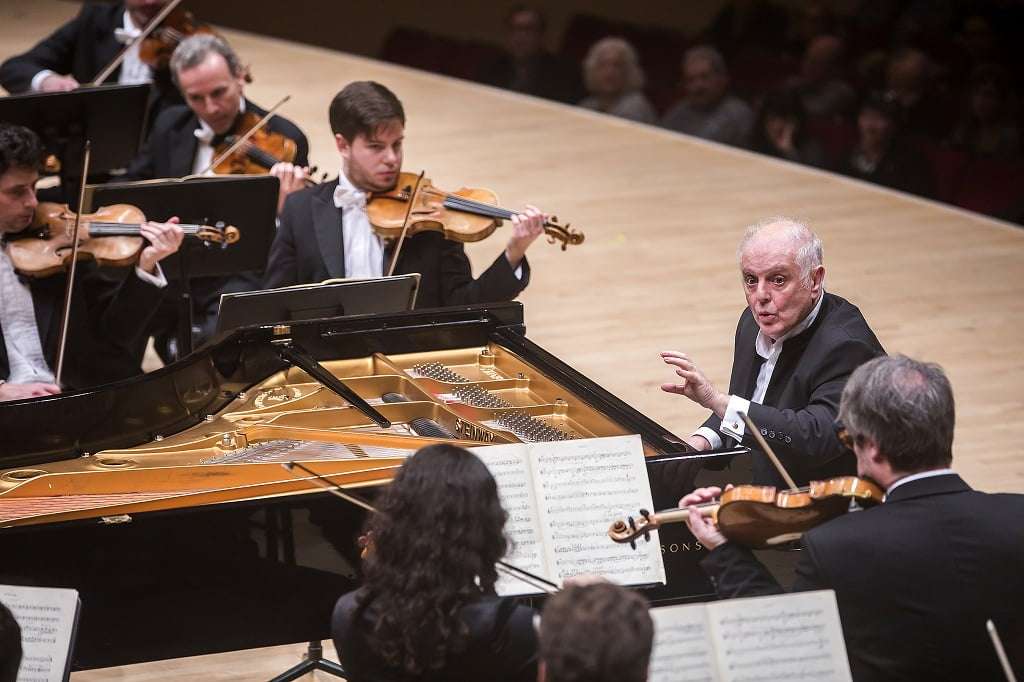 For the final concert in their Carnegie Hall Bruckner cycle, often paired with Mozart, Daniel Barenboim and Staatskapelle Berlin opened with the latter’s Figaro-infused A-major Piano Concerto. Barenboim’s lithe treatment of the first theme, graced with expressive if subtle rubato, hinted at greater amiability than normally meets the ear, although the cadenza brought out a dark side momentarily, until swept away. Beginning with a tearful piano solo, the Adagio brought to the surface what was repressed in the previous movement. Barenboim set a rather broad pace to lend weight and character to his sensitive reading, then the sadness so deeply expressed here was cast aside in the bright and energetic Finale, during which Barenboim’s deft handling of rapid figurations was splendid.

Following intermission was Bruckner’s Ninth Symphony. He didn’t complete the Finale, although others have, and the three extant movements stand on their own musically without it, even though the Adagio’s quiet close leaves unresolved the existential issues it raises.

As with the Seventh and Eighth Symphonies, Bruckner infused the Ninth with intense spirituality, yearning to express his religious devotion and longing for the Eternal. Written when approaching death, angst-ridden thoughts of what lies beyond must have disturbed his mind. They come through in the doleful idea that appears in the opening movement’s third subject, the harsh brutality that dominates the Scherzo, and the terrifying dissonant climax of the Adagio.

The Ninth contrasts resolute heroism with yearning lyricism; Barenboim emphasized both elements, presented like abstract characters caught up in the grand sweep of an epic drama. Stentorian brass valiantly asserted the first theme as if a clarion-call to arms, then the strings languidly expressed the rhapsodic nature of the second, followed by the D-minor third. The violins’ tender reprise of the second idea before the coda was especially captivating when countered by the massive peroration that closes the movement.

A shade on the brisk side, the Scherzo’s riveting rhythm was played with such accentuation as to sound almost repulsive. Given the unremitting savagery of this pounding, the woodwinds’ flitting theme seemed a non sequitur. The airy Trio provided welcome relief. Especially impressive was Barenboim’s reading of the Adagio. Principal melodies were long-lined and fervently expressed and outbursts resounded like a warning from the abyss. The extensive gradual build-up of contrasting subjects, forestalling the ultimate climax with diversions – as in the Finale of Mahler 7 – can make this music seem unendurable, but Barenboim’s facility for sustaining tension over long stretches mitigated such concern. The ultimate climax was an overwhelming experience: dark and frightening, like a pronouncement of doom.

The performance was magnificent in its grandeur, intensity and expressivity. During the prolonged applause, Barenboim walked through the orchestra, shaking the hand of each of the musicians in appreciation of their arduous task of performing Bruckner’s nine numbered Symphonies (not played were the F-minor and D-minor works) and several Mozart pieces over such a short period.