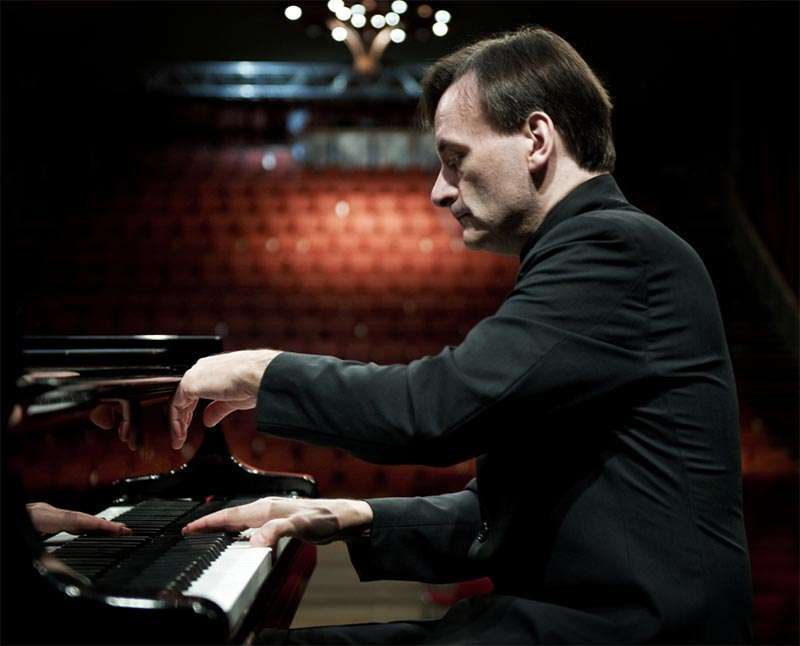 Stephen Hough presented a superb concert at Carnegie Hall, but much happened on his road to Parnassus. He began with Debussy. However, after the pianist’s first offering, a sensitive traversal of La plus que lente, there was no applause. Hough then launched Estampes, spinning a diaphanous web in ‘Pagodes’ that was remarkable for its distinctly different volumes in right and left hands and then battled for our attention as latecomers were ushered into Stern Auditorium while he performed the second of the three pictures. Unexplainably, after this section there was a considerable round of clapping, which Hough bore with some visual surprise but good grace. At the conclusion of the final number, ‘Jardins sous la pluie’, he threw his hands high in the air like a flamenco dancer, a flourish that let everyone know that now was the moment to applaud.

Had this been the end of his troubles, all would have been forgotten, but matters only took a turn for the worse. Hough left the stage and, after a short break, the stage door opened and nobody emerged. This caused more than a ripple of laughter from the crowd, but even this mood-breaker was not the unkindest cut. Once Hough began his Chopin traversal with the relatively quiet opening of the F-major Ballade (No.2), still more latecomers were allowed into the auditorium, including one who marched down the aisle with an usher and then demanded an aisle seat wherein some other patron was already parked. This happened third row center, right in front of Hough who somehow kept his composure and continued to play. Although he must be commended for his steadfastness, I wish that he had stopped and began again after this dust-up was resolved. Will the people at Carnegie Hall please pass this review to Clive Gillinson to hopefully get his house in order!

Who was the first ‘modern’ composer? A strong case can be made for Claude Debussy, who built on the chordal experiments of Wagner and Berlioz and elevated dissonance to the celestial realm of expressiveness for its own sake, no longer simply an ear-catching contrast depicting the disquieting, macabre or demonic. Hough began and ended his recital’s formal program with this master’s music, providing a suggestion of the exotic in the mind’s ear that made some of Chopin’s daring experiments seem strangely familiar.

Arthur Rubinstein writes in My Young Years that “I ended up adopting the generally accepted opinion of Chopin as the young, sick, romantic figure who wrote sentimental music for the piano, elegant and difficult, unable to express anything but melancholy.” Having had a similar experience which eventually, like Rubinstein’s, grew into unabashed awe at this misunderstood composer’s greatness, this critic greatly anticipated Hough’s recital. Programming the four Ballades clinched the deal.

All of Hough’s efforts were magnificent, but I was especially impressed with the way in which he handled the louder, faster passages in the G minor. Every note was audible, every transition made clear within the ambuscade of notes that would occasionally break out. I would have wished for just a tad more space before the resolving chords, a bit more elongation of the rubato, à la early Krystian Zimerman, but this current enunciation was equally dramatic. The A flat piece was simply flawless.

Although all of his marvelous stories must be taken with large grains of salt, Orson Welles did relate that when his mother died, he immediately discarded his violin, not wishing to ever intone “those damned scales” again. Anyone familiar with the fanciful ‘Doctor Gradus ad Parnassum’ by Debussy, which expresses not only the crushing boredom of practice but also the exhilaration of rebellion against it, can relate to a child’s deep frustration at the very mention of a keyboard pedagogue’s method. Children’s Corner in Hough’s hands was a delight, my only quibble would be to add a little more bounce to his otherwise impressively adroit ‘Golliwogg’s Cake-Walk’. Finally, L’Isle joyeuse was a thoughtfully mysterious end to an unusual evening.

Hough graced us with four encores, Chopin’s F-sharp Nocturne (Opus 15/2), then his arrangement of ‘Dulcinea Variation’ from Minkus’s ballet music for Don Quixote, something original of his own, Osmanthus Romp, and finally the ‘Nocturne’ from Grieg’s Opus 54 collection of Lyric Pieces.