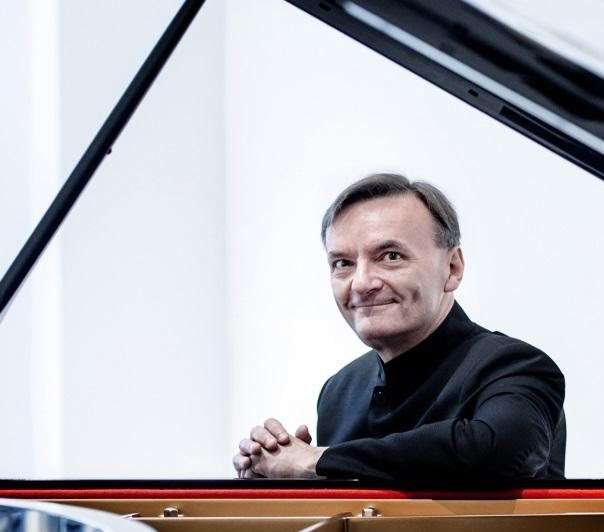 “Give Me the Moonlight” sang Frankie Vaughan, and Stephen Hough did just that, three shafts of celestial illumination courtesy of Debussy, beginning with ‘Clair de lune’, a brave opener given the music’s quietness and intimacy, but the audience was stilled by Hough’s immaculately voiced meditation and also allowed him to continue directly into the Second Set of Images, first off with mysterious bells and progressing with a further magical example of the Frenchman’s moonlight, and then ‘golden fishes’ was a spectral joy, their watery home later reflected on with gentle ripples and dappled colours, if sabotaged by a first-bar sneeze causing Hough to start again (unfortunately coughing and nose-blowing became a feature of this recital…), having been preceded by a moonlit Prélude, ethereal, luminous and with climactic tendencies; and Images I embraced a particularly eloquent ‘Hommage à Rameau’, distant to the past, connected with the now.

With Debussy Hough was exacting, in the German pieces he was both seasoned and spontaneous, add to which magisterial, Schumann’s expansive Fantasy commanding from the off, big, bold and volatile, subtle and contemplative, with the finger-twisting second movement paraded with bravura and insightful musicianship, lyrical and impish too, with room to accelerate in the coda. With the sublime Finale Hough took us to its melting heart, a love-poem at dusk, during which Schumann surely alludes to the opening Adagio of the ‘Moonlight’ Sonata and that in turn cues the ‘Appassionata’, Beethoven at his most tempestuous. It was immediately potent from Hough, playing the long game too, the temperature and the emotion rising, so that the central movement became a benediction, the calm before the storm that is the Finale, full of contrasts – and structurally maintained, too, by the observation of the unusual if requested repeat of the development section – before the coruscating and emphatic coda hurtled over the edge.

Not one to send us home without dessert and a wafer-thin mint (it was by now after eight), Hough offered a couple of extras, some ravishing Schumann, one of the five Variations that he rejected from the Opus 13 Symphonic Studies and which have come down to us as “posthumous” courtesy of Brahms, and then Chopin’s E-flat Nocturne (Opus 9/2), here wistful and … moon-lit.