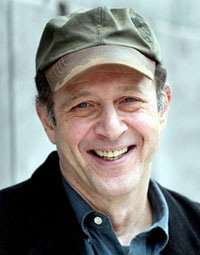 Created during 1970 and 1971, Drumming remains one of Steve Reich’s largest works as well as his most extensive demonstration of the potential of rhythm. Significant, too, in that his earlier pieces, while often arresting in themselves, still retained an aspect of experimentation such as placed them at a tangent to the Western music tradition. With its genesis in the communal ensembles of Ghana, Drumming could hardly be thought of as a rapprochement with the convention that Reich had spent the previous decade eschewing, yet it does embody processes of change and continuity which would hardly have been possible from a non-Western perspective.

Thus while its four-part format is far from being ‘symphonic’ in the accepted meaning, a sense of linear and even latterly goal-directed development comes through: not least in the progression from skin, via wood then metal, to a combination of all the groups. The first part, for four pairs of tuned bongos, starts with a unison beat before unfolding in cycles of interlocking patterns whose increasing complexity is at once cumulative yet organic. Not only do these individual parts proceed continuously, but transitions between them are also effected seamlessly so that the second and third parts appear to have been in progress before its predecessor has faded out (a technique doubtless influenced by electronics – specifically the use of ‘intros’ and ‘outros’ deployed in the pop and rock studios of the 1960s). The second and third parts, for three marimbas and three glockenspiels respectively, unfold rhythmic patterns of accumulating intricacy which also gradually ascend in register – leading, in the latter instance, to a fade-out at the top of the instrumental compass. It remains for the fourth part, for all these instruments combined, to effect a ‘finale’ that evolves from ringing initial unisons to a complex polyphonic discourse; one whose cutting off at its height is a QED as startling as it is inevitable.

Although frequently heard in part in the UK over recent decades (not least from Steve Reich and Musicians on their tours), Drumming has only occasionally been given in its entirety. One such was that organised by Colin Currie as part of a 70th-birthday concert for the composer in 2006, and it is heartening that the Colin Currie Group has been reassembled to give two accounts as part of this year’s Ether Festival at Southbank Centre. It hardly needs saying, given the calibre of the musicians taking part, that the performance served the music admirably: to the extent that, for all the formidable (and necessary!) level of synchronisation between the players, articulation was constantly varied so that the contrapuntal interplay evinced real dynamic subtlety. Mention should also be made of the members of Synergy Vocals, whose plaintive vocalise was deftly interwoven into the overall texture to highlight ‘principal’ lines still further.

In earlier years, Drumming played for 85 minutes and felt not a moment too long. Omitting a few repeats, as here, brought it in at 65 – not a problem, except that the final part felt almost too succinct to clinch the whole. Even so, the work’s stature as an unlikely epic of musical Modernism was potently reaffirmed.