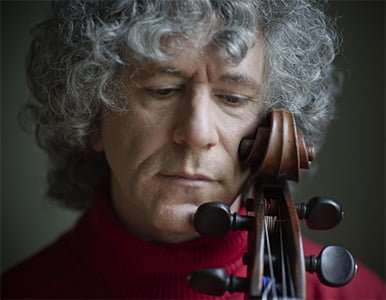 Steven Isserlis and Stephen Hough began their BBC Radio 3 Lunchtime Concert at Wigmore Hall with music by Josef Suk, Dvořák’s son-in-law. These two pieces show Suk’s thorough understanding of the cello. The Ballade, a passionate utterance that found Isserlis and Hough in florid and expansive mood, is a darkly romantic piece, melancholy at the edges but also with an underlying stoicism. The Serenade is lighter and charmed with its easy manner, the limpid piano part almost dancing across the stage before the players signed off stylishly.

We then heard the London premiere of the Sonata for Cello and Piano (left hand) by Stephen Hough, its third performance overall. Set in one continuous movement just shy of twenty minutes, it is an intriguing and elusive piece. There are moments of romance and yearning expressed mostly by the cello but a strong sense of resolve too, Hough’s writing gritty when it needs to be. The more lyrical passages are charming but remain susceptible to darker thoughts. Isserlis and Hough held this intricate balance, creating an edgy tension that did not fully resolve until the closing bars, unexpectedly finding the purity of C major and the cello’s bottom string. Thus it returned to the beginning, which was also on an open string, pizzicato, and was cleverly designed as a disguised tuning episode, fooling some listeners (including your reviewer!) as it became clear the performance was underway. While Hough has written some fine tunes it is clear he was keen not to be too showy, reminding us that music need not resort to volume or virtuosity. Here the impact was understated but lasting. 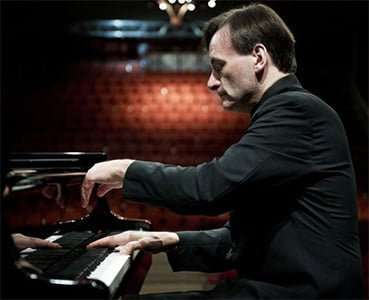 Much of Grieg’s Cello Sonata is about overt display, and Isserlis and Hough thoroughly enjoyed its surging melodies, showing dazzling virtuosity as they passed the quick figurations back and forth. This piece has strong reminders of the Piano Concerto, written in the same key, and indeed contains some material that Grieg had earmarked for a second such work, which explains the complexities of the piano part. Hough displayed a formidable technique at daringly fast speeds, while Isserlis had incredible control of his bowing arm, securing robust tremolando passages and soaring lyricism. Yet this music, for all its bravado, has a retiring and endearingly vulnerable side, for Grieg himself was short on confidence and in ill-health at the time. Isserlis showed awareness of this in the furtive early exchanges, but there were sudden, private moments between the two instruments where we were effectively eavesdropping. The bolder music eventually triumphed, finally forcing the issue in the exultant major-key coda.

As an appealing encore the duo played Ludwig Lebell’s Berceuse Orientale. Isserlis joked that Hough had previously commented that he chose it “because it’s the only piece you can play in tune”, for it requires just the open strings of the cello. As the piece unfolded the coup de grâce arrived, a glass of sherry supplied to each performer as they played. Isserlis could sip with his left-hand, Hough with his for he only needed his right-hand to play – and a toast was drunk to the audience!