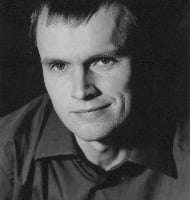 Steven Osborne’s unclassifiable choice of repertoire is refreshing in its diversity. Having wrestled with Michael Tippett’s sonatas and concerto over the last few years – the results are included in Hyperion’s November release-sheets and are keenly anticipated – Osborne here played a popular selection of music but in a diverting sequence that avoided the obvious.

Children’s Corner didn’t quite add up in the outer movements: ‘Doctor Gradus ad Parnassum’ took the joke of laboriously playing scales a little far. Whilst Osborne’s rhapsodising opened up the expressive potential of the music, his laconic manner (visual and pianistically) rather overdid the mundane feeling associated with practising, the aggressive final bars seemed gratuitous. Such dynamic and tempo-contrasted contrivances also undermined ‘Golliwog’s Cakewalk’ (and let’s name this movement in these ridiculously PC times!) rather too flippantly. The (four) inner movements were more persuasive and found a light, shade, delicacy and narrative that was from within the music rather than whimsically imposed upon it.

The ‘Waldstein’ Sonata was given a magnificent performance, freshly conceived. Osborne’s ‘sensible’ tempo for the first movement aided articulacy, brought a puckish character and allowed velocity to be developed organically; lyrical asides were natural and fitting contrasts and the development (after an exposition that might have benefited from not being repeated – Osborne isn’t a slave to such matters) raised the ante. The ‘Introduzione’ (to the finale) was a rapt meditation that led to a finale both profound and life-enhancing.

Osborne’s range of touch, colour and dynamics was a boon in the six Debussy Préludes – which he has recorded complete for Hyperion – and brought a potency that sustained the specific worlds of each, whether icily hypnotic, tempestuous or volatile. Each had a heart too and a musical focus (the titles of each Prélude come at the end of the piece). ‘The Girl with the Flaxen Hair’ was given with disarming simplicity, although ‘The Engulfed Cathedral’ didn’t quite its mysterious depths or overwhelming grandness. (Some creaks from the piano or piano stool gave a nautical touch!)

As the Beethoven had been, so six of Rachmaninov’s Preludes were newly-minted. Not weighed-down with spurious Slavic gloominess (to fit the ‘popular’ image of the composer), the whip-cracking A minor made a bracing start and the G sharp minor was of wistful mists. Throughout, Osborne’s clarity of texture paid dividends, not least for revealing a Bachian concern for counterpoint, especially so in the B major Prelude and the solemn progression of the D flat, its summation splendidly achieved, the composer reluctant to end.

As an encore, Osborne offered Schumann’s ‘Widmung’ (from “Myrthen”, Opus 25) in his own, excellent, transcription, and played it with sensitivity.