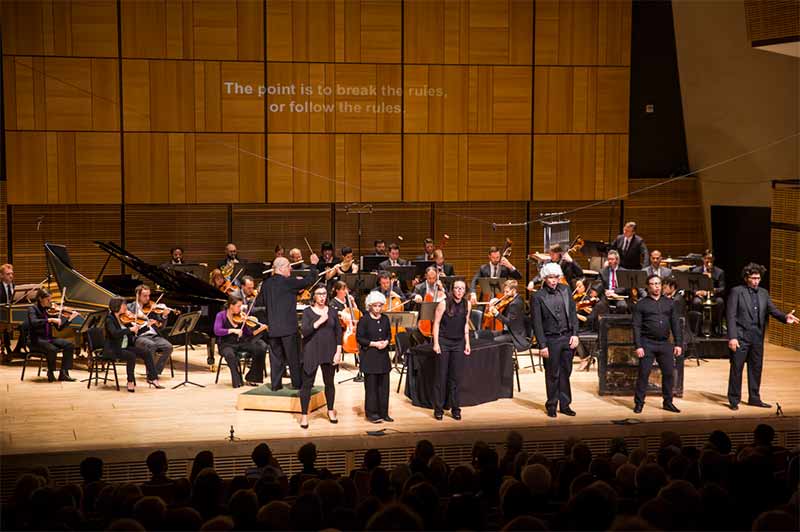 It may be hard to believe that words such as madcap, hilarious and touching would spring to mind regarding an opera inspired by a sober and scholarly book about Haydn, Mozart and Beethoven. But The Classical Style, which takes its cue from Charles Rosen’s book, conjures all of those adjectives and more. This theatrical tour de force is the brainchild of pianist Jeremy Denk and composer Steven Stucky. Their collaboration here is perfect, made in Heaven.

Heaven is where the opera begins, as the featured three composers return to Earth in search of Rosen. Shortly thereafter we encounter a different trio of characters: the tonic, dominant and subdominant chords, main building blocks of Classicism, personified by a self-absorbed group hanging around a bar. Other elements include a fussy hyper-pedantic musicologist, fleeting references to scenes from Don Giovanni, and the anthropomorphized Tristan Chord (which is portrayed as a Wotan-like figure). 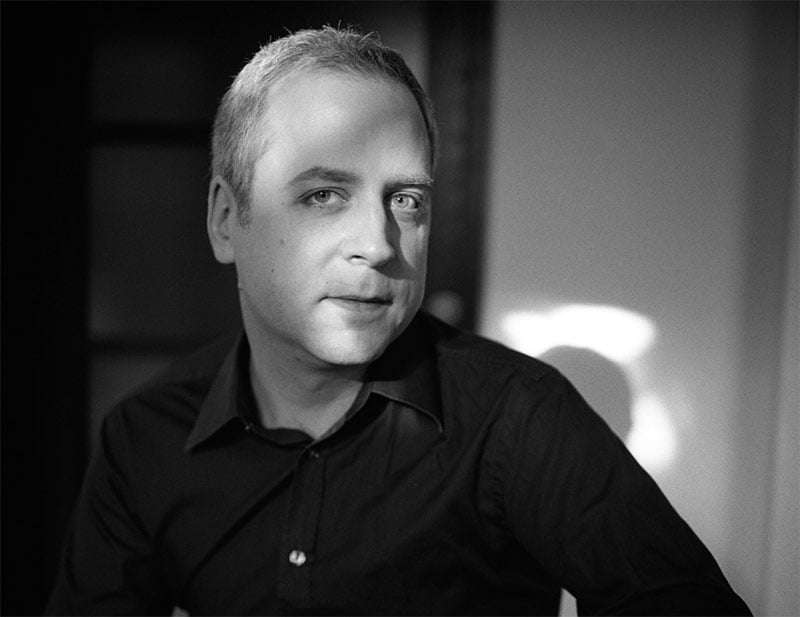 The net effect is brilliant. The text is sly, witty and keenly perceptive, making wonderfully pointed digs at musical-hero worship, the academic establishment, musicology in general, and the late Charles Rosen in particular. However, Rosen has the last word; the most memorable lines – often moving and sensitive – are his, taken from the book.

Stucky’s score matches Denk’s text at every turn; it’s a delight to hear this remarkable collage of stylistic allusions, references, outright quotes, and the means of getting from one ‘memory’ to another – whether smoothly gliding, lurching, or overlapping, as the dramatic situations warrant. The Dominant Chord’s aria, for example, is a marvelous study in delayed resolutions, drawing upon familiar fragments in the process. Stucky’s command of instrumental and vocal color is equally striking.

The audience at Zankel Hall had a wonderful time, getting all the ‘in-jokes’ and laughing uproariously at every satiric barb. The Classical Style holds its own as sheer entertainment. One can delight in the musical colors and the verbal byplay without delving deeper – without reading or appreciating Rosen’s book – just as one could enjoy Midnight in Paris, Through the Looking Glass or Sleepless in Seattle without perceiving hidden references.

There was a magnificent level of performance. The staging and conducting, the playing of The Knights, and a terrific team of singer-actors all helped make this a special occasion. Jennifer Zetlan, Peabody Southwell and Kim Josephson were standouts. One of the most memorable appearances was by Denk himself in two Mozart pieces, played with great warmth and delight.