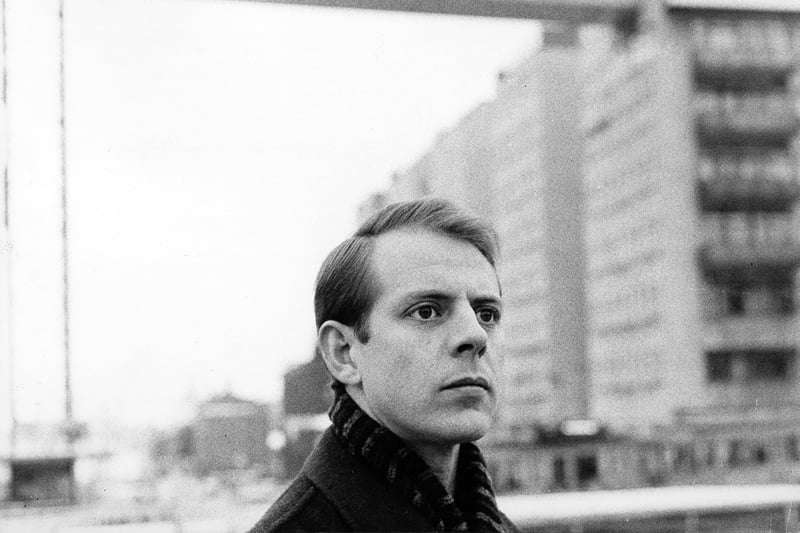 Karlheinz Stockhausen’s Spiral (1968) is one of his “process” compositions. This may not mean much to the average concertgoer but even if the term is unfamiliar a listener will definitely feel caught up in something happening.

Spiral is for a soloist on any instrument and a short-wave receiver. The performer tunes the radio until he or she likes a certain sound and then imitates and improvises on it. The noise coming from the wireless is distorted, fading in and out. When the musician finishes an improvisation he or she can re-tune the receiver and start again.

There is one more important aspect: space. The instrumental and radio parts are sent around the room through loudspeakers. The sound interacts with the space, filling it, bouncing off the walls. The audience occupies the space as well and in so doing becomes a part of the performance.

Here the space occupied was the Markthalle (formerly a shopping centre, now a combination of food court, marketplace, and cultural hub) in Basel. The performer was Matthias Arter, on oboe, in homage to the premiere of Spiral by Heinz Holliger in 1969. The high ceiling and openness of the venue meant that the sound travelled around and above the audience, who sat rapt throughout. 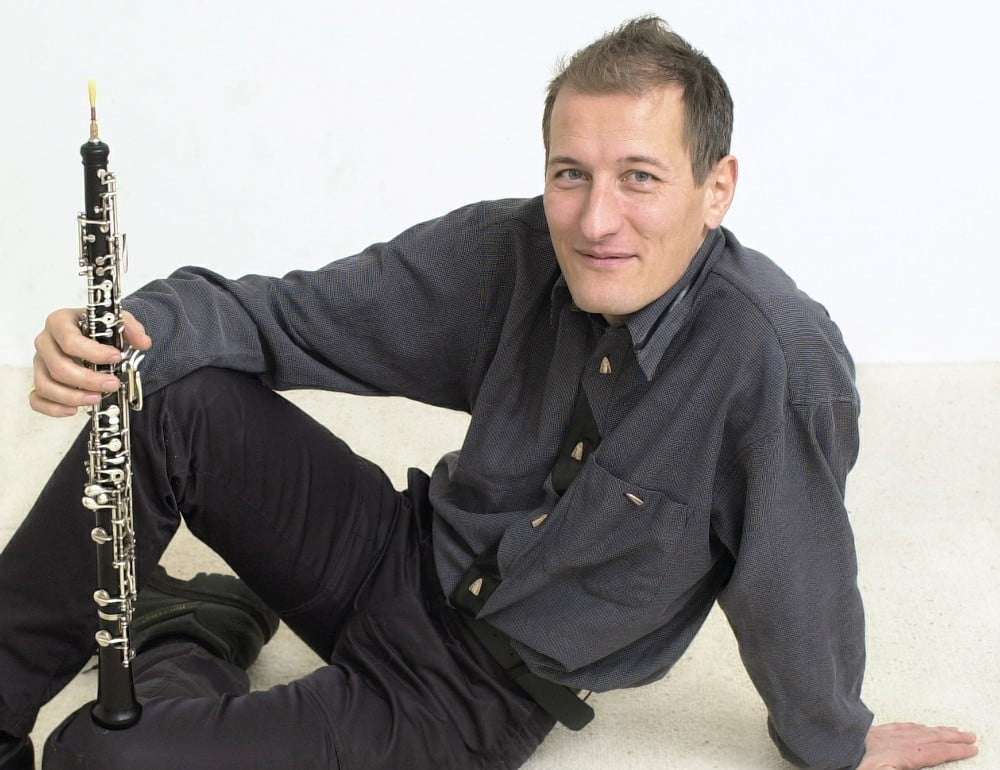 The score of Spiral allows for the performer to stop at various points, so the playing length can vary considerably. Arter’s clocked in at around half-an-hour, free to decide the length of each improvisation; Stockhausen only wrote-in plus or minus signs to indicate that parameters need to change with each start. Arter blended his oboe with distorted pop songs, pounded on the floor, sucked on the end of his instrument, and even wove coughing into the sound palette. The music jarred, enchanted, and lulled by turns.

Stockhausen included another direction in the score: the spiral sign. When this appears the musician is to transcend his or her limits and push the instrument to new heights. Arter did this literally: his final improvisation took place as he was hoisted into the air by a halter. He hung suspended in space as the sounds spiraled upward towards the ceiling.

Arter’s variations on the radio themes were rich and colourful. Occasionally he blended so well with the receiver that it was hard to tell the oboe from the received sound. The interaction of sound, space, and time heightened the listener’s awareness of the music as it unfolded. It is a pity there are few opportunities to hear this work: being present at such as this one proved a very fulfilling experience.