Mozart
Piano Concerto No.21 in C, K467
Bruckner
Symphony No.5 in B flat [Nowak edition] 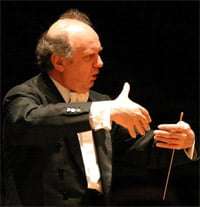 L’Orchestre de la Suisse Romande celebrates its 90th-anniversary this year, having been founded by Ernest Ansermet in 1918. The orchestra’s appearance in the Barbican Hall was the conclusion of a short UK tour under Marek Janowski, who has been SRO’s Artistic and Music Director since 2005.

Using reduced personnel, founded on just two double basses, Janowski brought clear, well-balanced textures to the concerto, and with deft, lively playing from Nikolaï Lugansky, the performance was notable for its freshness and lucidity. 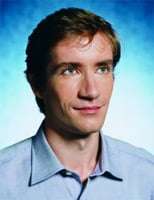 Less apparent, however, was a sense of emotional depth. The outer movements suffered from a paucity of wit and insouciance, and despite some beautiful string playing, the interpretation missed much of the elegance and enchantment of the Andante.

With its contrapuntal intricacy, austere scoring and liturgical solemnity, Bruckner’s Fifth Symphony can be a difficult work to bring off. This was an impressive performance, notable for both its intellectual understanding and its emotional thrust. Conducting from memory, Janowski demonstrated a strong grasp of structure, and the almost sparse clarity he brought to orchestral fibre provided a remarkable elucidation of Bruckner’s polyphonic argument. In the finale it sometimes seemed as if a chamber orchestra was playing and, throughout, the work’s numerous felicities were revealed. Also remarkable was the depth of feeling that Janowski brought to the work, noticeably in the grand, stirring utterances of the first movement and the spiritual fervour of the Adagio.

Not everything was ideal, however – the scherzo was unremittingly powerful and would have benefited from more light and shade. Nevertheless, with the help of steadfast playing (the brass especially sonorous), Janowski built up tension inexorably in the finale and the climax of the symphony was overwhelming.

In 1894, after conducting the first performance of the Fifth Symphony, Franz Schalk (responsible for a corrupt edition of the symphony) wrote to Bruckner, “I was deeply moved, and filled with a sense of journeying joyfully through realms of eternal greatness. The shattering power of the finale cannot be imagined by anyone who has not heard it.” Such words could also be applied to this superb account conducted by Janowski.