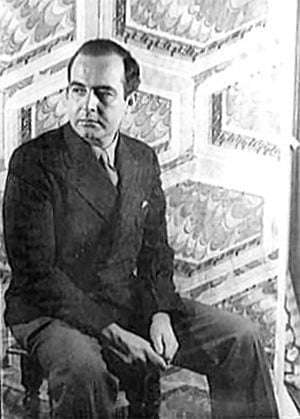 Last year’s celebration of the centenary of Benjamin Britten’s birth left no-one in any doubt as to his continuing significance. Although Britten had no pupils as such, his distinctive compositional style is almost invariably recognisable and the stature of his music, internationally, is such as to have cast a long shadow over subsequent composers who essay the same genres in which Britten was so eminent.

It must be exceptionally difficult for any composer today, let alone an English one, to contemplate a song-cycle – in which Britten was pre-eminent – without feeling that the late composer is somehow looking over their shoulder. Nonetheless, in his latest such work, Gregory Rose has been able to create a large (28-minute) and important work wherein the influence of Britten is marginal, at best, this lunchtime performance being given by the very gifted soprano who commissioned it.

The Avebury Stone Circles is the name of the Neolithic henge monument around the village of Avebury, Wiltshire, which comprises three stone circles. Rose’s texts reflect “imagined gatherings at these magnificent sites of pre-Christian priests meeting for rituals, or casual assemblies of local communities.” Rose may have made it somewhat easier for himself by setting his own words, something Britten never did, but in certain respects he has given himself several pretty tough nuts to crack, with such awkward lines as “the organic prisms are never smeared” and “have extirpated all malevolence” – lines such as Britten (and others) would not have felt attracted to or inspired by. There are seven songs in the cycle, and a nice touch is the use of “Ave” (as in Latin) from the first syllable of Avebury – thus giving the work a formal textural coherence – although the word “zone”, in the line “way beyond the twilight zone”, is surely superfluous (apart from carrying implications outside of what Rose surely meant to convey).

One also felt the lack of variety in underlying motion – six of the seven songs have a similar quasi-Lento espressivo pulse – yet as the settings progressed the notion of scoring them for chamber orchestra, performed attacca, pushed itself forward as a realisation of a work that, despite my occasional quibbles, made a strong impression – the more so in this magnificent performance. Suré Eloff is a fine soprano, and as the vocal line fitted her like a glove – especially in the range D to G (a 9th to a 12th above middle C), where her tone was sublime – she gave an account which left a lasting impression.

The programme began with Samuel Barber’s Hermit Songs, written in 1953 for Leontyne Price, who premiered them with the composer that year (they recorded the cycle soon afterwards for American Columbia). The recital therefore opened with these superb settings by a greatly significant American composer, who would have been delighted with the account Eloff and her outstanding partner John Fisher gave. This was a truly impressive recital, to be repeated at St James Church, Avebury (where else!) on Saturday March 15 at 1 o’clock.