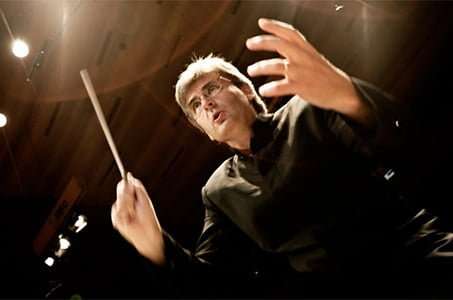 Taking place on a dimly lit stage, the first half of this programme – subtitled “Love, Hope and Destiny” – was conceived more as a theatrical event than a vocal-recital-with-orchestra. An intriguing concept, but Thomas Dausgaard made some odd choices in realizing it. Why was Nina Stemme standing there next to the conductor, when she moved about the stage later on? It was odd that Beethoven’s Coriolan Overture was played without vibrato, which raised fears immediately that a follower of Roger Norrington’s misguided practice was on the podium. Fortunately, for the rest of the evening the Swedish Chamber Orchestra produced a lush sound. For the Beethoven, Dausgaard took a fleet tempo, playing up the work’s nervous energy at the expense of its gravitas. However, the SCO produced clean articulation and fine internal balances. 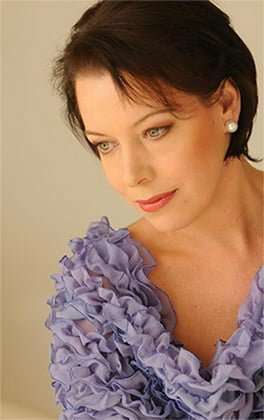 Stemme set quite a different, relaxed, tone. Attuned finely to the lyrics, which were displayed in translation as supertitles, she has an obvious affinity for Scandinavian repertoire, and showed off her gorgeous, dark-hued voice; a very subdued Valse triste followed. Then the programme became a veritable hodgepodge – Wagner’s ‘Stehe still!’ followed by a soupy rendition of Ravel’s Pavane. A spirited performance of Kurt Weill’s Saga of Jenny came next – a jazzy, very funny piece to words by Ira Gershwin, but seemingly totally out of context here. Stemme, donning a black leather coat, played it to the hilt and elicited clapping which disrupted the flow of the programme even more – the audience had been requested not to applaud until the end. Using Brahms’s own instrumental version of one of his Liebeslieder Waltzes as a bridge, we then made a too drastic shift to Berlioz’s ethereal ‘Le spectre de la rose’. What should be a sublime meditation was hollow, as Stemme scaled back, and her pitch sagged. Back on track with Schubert’s Der Tod und das Mädchen, and after standing silently in the middle of the orchestra during a very intimate ‘Nimrod’, Stemme ended the sequence with an impressive rendition of Richard Strauss’s ‘Morgen!’. Her encore of another Wesendonck setting, ‘Träume’, the only one orchestrated by the composer, amply justified her reputation as a leading exponent of Wagner.

The stage lights were up for Brahms’s Symphony. Despite its minimal section numbers (such as three double basses and four cellos), the SCO’s 45 musicians did the music justice, producing a rich, deep sonority, never getting harsh in the louder passages. This is an orchestra of virtuosos: the concertmaster, first flute, oboe, clarinet and horn, all of them women, made memorable contributions. Conducting from memory all evening, Dausgaard engaged with the Symphony, but he often manipulated it to the point of mannerism. The inner movements were the least distorted, and held up fairly well, but, for instance, in the first movement he ignored the opening Un poco sostenuto marking and pushed brashly ahead, and later slowed down to practically half-speed at the end the Allegro’s second theme. The opening of the finale suffered similarly from alien variations of tempo, and the conductor took the last più Allegro indication as a sign to press ahead as if life was short – as if over-cooked, high-voltage entertainment might bring the house down, but is it Brahms? In the second encore, the composer’s own orchestration of Hungarian Dance No.1, Dausgaard did not push quite as much, and while still somewhat mannered, it emerged as spirited rather than frantic – Brahms standing well on his own merits.