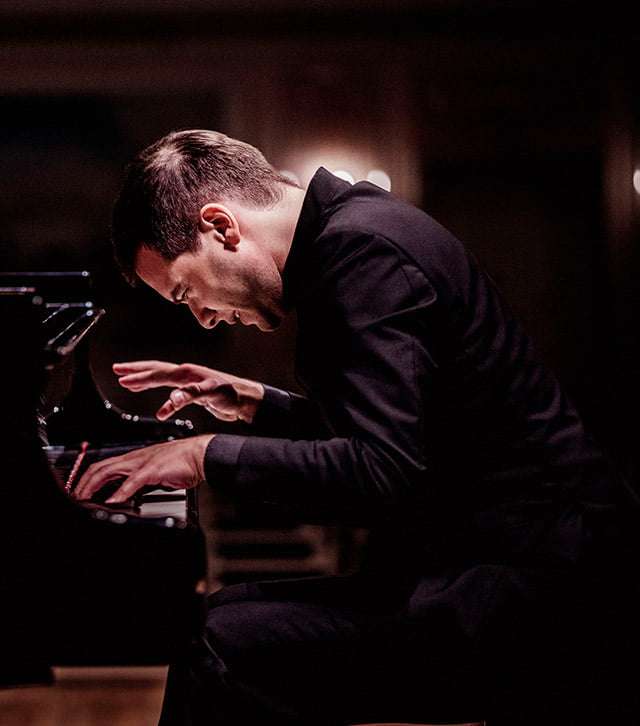 Following two memorable Proms when each half of this now-merged orchestra – Stuttgart Radio (with Roger Norrington) and Baden-Baden & Freiberg (François-Xavier Roth) – bade farewell, this was London’s first opportunity to experience the conjoined result. Great to see that Sir Roger has kept faith with the amalgam (as conductor emeritus) having been in charge of the previous Stuttgart forces between 1998 and 2011, and back with Beethoven, still finding new ways to present his music.

The first surprise was visual – the raised stands at either side of the orchestra, eventually occupied, to Norrington’s left, by flutes, oboes and horns and, to his right, clarinets, bassoons and trumpets, who all stood to play. The four double basses were arrayed along the back, with the timpani, and, not surprisingly, Norrington favoured antiphonal violins, curving in almost to enclose him. Add to this the piano, lid removed and facing into the orchestra, as if the soloist was going to direct from the keyboard. For the Overture Norrington stood, leaning against the piano, the SWR Orchestra producing a refreshingly punchy sound, the first chord pinged off, but finding a natural bloom in Cadogan Hall’s acoustic. It was thrilling to hear the Prometheus Overture, especially as there is a connection to the ‘Eroica’ Symphony (even if the Overture doesn’t share the ‘Eroica’ theme) and Norrington challenged the audience into applause at the end by turning to face us hands outstretched (thankfully he refrained from leading clapping following the slow movements of the main works).

For the Third Piano Concerto Norrington sat on a swivel chair in the midst of the orchestra, smiling beatifically on. Francesco Piemontesi was the crystalline soloist, suavely taking his lead from the deliciously moulded introduction. The visual element in Norrington’s presentation paid dividends in the slow movement, when clarinets, trumpets and oboes sat down, leaving flutes, bassoons and horns, somehow enhancing their interplay. There is something about Norrington’s ‘historically-informed’ practice that makes his performances fresh and alive, throwing into relief instrumental felicities that can be glossed over. With an unfussy pianist like Piemontesi matching Norrington’s inventiveness this was a sparkling account. For his encore, Piemontesi went further forward into the nineteenth-century with Brahms’s E-flat Intermezzo (Opus 117/1), Sir Roger standing at the back of the first violins.

The ‘Eroica’ was similarly propulsive – requiring only the addition of a third horn, here Norrington assuming the conductor’s normal position at the front, still on his chair. In the opening movement, with the syncopated stabbing chords (every two beats in three-beat bars), starting softer and becoming ever louder, Norrington was more extreme than in either of his recordings (London Classical Players in 1987 and Stuttgart Radio fifteen years later) and Norrington brought out the various instrumental planes with which Beethoven plays – subtly making telling nuances in every bar. The ‘Funeral March’ was taken mostly in two beats and dispatched with perhaps too much brittle clarity in barely 12.5 minutes (two minutes faster than Haitink’s LSO recording, three over Rattle’s Vienna version and four over Karajan’s classic Philharmonia recording). After a whispering start to the Scherzo I marvelled at the flute, oboe and bassoon threesome following the three-horn motif that starts the Trio delivered from opposite sides in perfect alignment (it’s hard enough to do when the players are sitting next to each other). Norrington whipped up the Finale – Beethoven’s most expansive treatment of his ‘Eroica’ theme – to thrilling effect and, as an encore, offered an equally spirited final movement of Mozart’s ‘Posthorn’ Serenade (K320).

Amidst the acclamation I suspect that the rendition from some of the audience of “Happy Birthday” in honour of Sir Roger’s eighty-fourth on this very day was lost on him, but I can think of no better way of celebrating than with such life-enhancing performances as these.