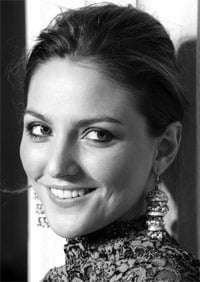 This was a fascinatingly programmed evening of music that completed Decade by Decade – 100 years of German Song 1810-1910, masterminded for Wigmore Hall by Malcolm Martineau. Sylvia Schwartz is a Spanish soprano who has been a member of Berlin State Opera from 2005.

Max Reger is a wildly under-appreciated composer. The songs chosen included two texts set by Richard Strauss that were to feature later in the evening – Freundliche Vision and Morgen! (the latter, one of Strauss’s most loved songs, functioned as the encore). Martineau’s accompaniments to the Reger songs (indeed, throughout) were filled with moments of magic. The descents of the first song, Sehnsucht (Longing), enshrouded Schwartz’s superb lines and diction. If her sound seemed held back (presumably because of the venue) and suffered from an over-rapid vibrato, it turned out this was the result of nerves and was not to be distracting later. It was interesting to hear Reger’s Morgen!, which is more advanced in harmonic language than Strauss’s version). The playful final song, Kindergeschichte (A child’s tale), just reiterates my plea for more Reger on our concert programmes.

Then to a bouquet of four songs by Richard Strauss. Schwarz was fully equipped for Freundliche Vision, Martineau gently unobtrusively creating a beautifully rapt atmosphere (just as he did for the magical cradle song, Wiegenliedchen). The final song was perfectly chosen – the folksong setting, Ach was Kummer, with its delicious sense of the jocular. The closing group for of part one was four of Mahler’s Rückert-Lieder (missing ‘Um Mitternacht’). These settings sound very spare with just the piano, and yet somehow that accentuates their depth. It was noteworthy how Schwartz and Martineau judged the acoustic to perfection, Martineau creating atmospheres without blurring, Schwartz well able to convey the ongoing sense of nostalgia or desolation.

Berg’s Seven Early Songs need more recital space. They are gems from the composer’s early life and have a freshness about them that was perfectly conveyed by Schwartz. She began the first (‘Nacht’) with a beautifully blanched tone, but went on to undersell some of the ecstasy contained in Berg’s writing (a criticism that could also be levelled at the third song, ‘Die Nachtigall’). Contrasts within ‘Im Zimmer’ were underplayed, perhaps a deliberate ploy as the ensuing number, Liebesode, was decidedly on the dramatic side. The last items were selections from Schoenberg’s Brettl-Lieder. By now Schwartz was at her best – slinky in extremis for the first number (with Martineau superb in the quixotic nature of the accompaniment), wonderful as narrator in the second (‘The Contented Suitor’) and wonderful in her graphic vocal illustration of a heart-beat in the final song.

A captivating if short evening – but this was quality, not quantity.