The concept that music is (or can be) a universal language was triumphantly demonstrated by this concert, although in essence the music in question emanated from just one particular corner of the Planet. Just as European languages and societal mores have spread across it, it has largely been a one-way trip with regard to concert music. Such a profoundly musical individual as Hans Keller found it physically impossible to listen to traditional music from the Indian sub-continent – especially, as he claimed, “if it had to be explained first.” Keller’s point was that music is music, and in listening to it, it ought not to be accompanied by verbal commentaries. 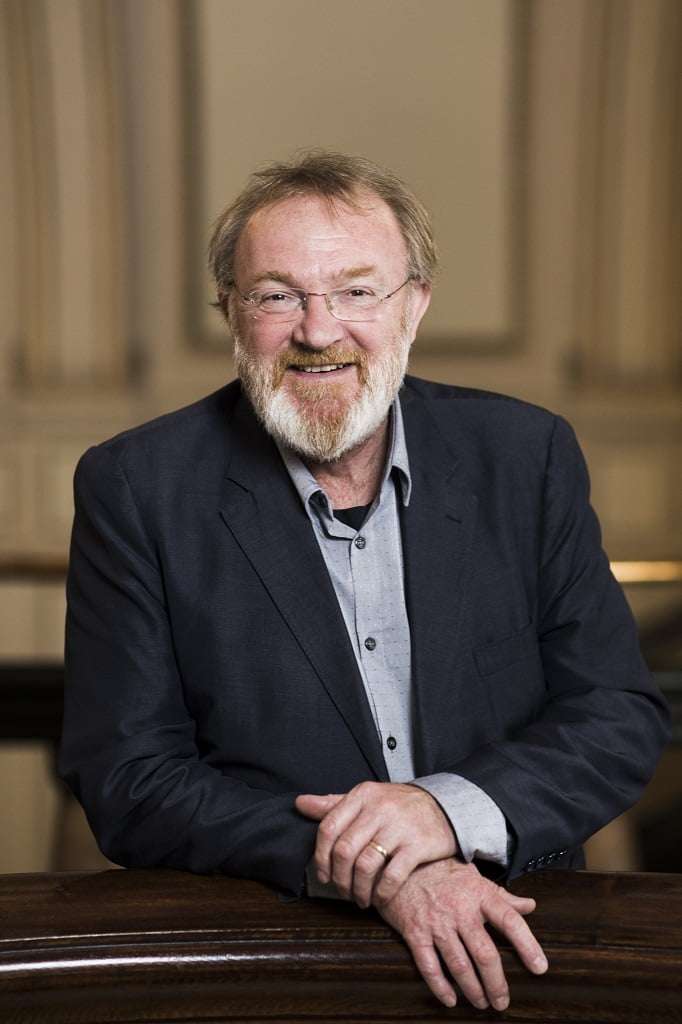 I’m not sure he was right: it must depend on the individual, but the question is whether such cross-fertilisation as he implied was practical – after all, there are only so many things one can do in one’s life – or desirable. In the latter case, certainly, but surely the human mind, given the chance, is almost limitless in its capabilities. The understanding and interpretation of West European concert music is not the province of those from a particular geographical location, as the musicians of the Symphony Orchestra of India triumphantly proved on this occasion.

Not that the musicians are all natives of India – any more than we expect every member of the LSO to be a Londoner – but the individual and corporate standard of their playing was such as to make this listener keen to hear them again – especially with that wholly exceptional conductor Martyn Brabbins.

In the Overture to Oberon, there were one or two slight slips, but they were wholly insignificant when set against the totality of this absorbing and in many ways revelatory account: what has happened to remove Overtures from normal concert-planning? European orchestras could earn much from such as the SOI in this regard.

This was a totally committed performance that demonstrated Weber’s original symphonism allied to his pictorial aural consciousness, and not treated as a mere ‘warm-up’ piece, but a genuine work of early-Romantic musical art, very well shaped and played, and a perfect lead-in to Max Bruch’s G-minor Violin Concerto, in which the soloist was the SOI’s founding Music Director, Marat Bisengaliev.

This was, without question, the finest live performance of this masterpiece I have heard; Bisengaliev’s tone was inherently full and rich, his clarity and the expressive qualities of his phrasing were exceptional, and his manifest love of this great work shone through every phrase, as the variety of his tone consistently reached every part of this very full Hall.

Bruch’s G-minor is so well-known that its wholly original qualities – not least its unique structure – go (like those in Grieg’s Piano Concerto) unremarked upon: the elision between first and second movements is more naturally achieved in this work than in Mendelssohn’s Violin Concerto; nor does Bruch’s preparation for the hugely contrasted Finale need to introduce new material (as Mendelssohn does) – most remarkable of all is the fact that this seminal Romantic Violin Concerto is the only work in the genre without a cadenza: nothing interrupts the seamless flow of this inspired work.

Bisengaliev and Brabbins formed the perfect combination; what one might term the soloist’s ‘own’ orchestra backed him to the hilt. It demanded an encore: we heard a duet with a bansuri, a track from Karl Jenkins’s Adiemus album – nicely phrased and hauntingly expressive.

Rachmaninov’s Second Symphony ended the concert, an account fully up to the standard we were hoping for after the hugely successful first half. This demonstrable masterpiece was – except for one factor – given a magnificent interpretation of profound love and conviction; Arnoldus Van Houtert’s clarinet solo in the slow movement was wholly compelling, and the playing throughout was distinguished by deep musicality and technical command. One’s sole criticism – a serious one – was the omission of the first-movement repeat, as essential to the structural balance of this masterpiece as it is in the first movement of the Eroica: it is not some kind of optional extra to be observed or omitted as the conductor thinks fit, despite the special pleading in Dr Tim Dowley’s extensive programme note.

The deserved encore was a wonderful arrangement of Elgar’s Salut d‘Amour – played by the fourteen first violins in unison, the perfect end to a memorable concert.