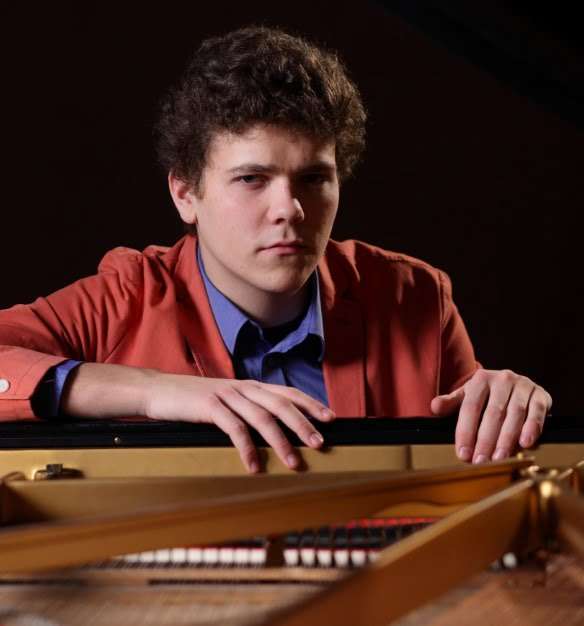 The Pole Szymon Nehring made the Finals of the 2015 International Chopin Competition in Warsaw, and earlier this year won the Arthur Rubinstein International Piano Master Competition in Tel Aviv. He is currently studying with Boris Berman at the Yale School of Music. He comes with a serviceable technique if one inclined to over-pedalling and a certain flaccidity of fingerwork.

His two Sonatas – awkwardly juxtaposed, more, it felt, to illustrate repertory in hand than any programming logic – suggested that as an artist he still has a fair way to go. The first movement of the ‘Appassionata’ was under-charged dramatically with loose co-ordination and unclear note repetitions. Correspondingly the Finale raced along but wanted stature and fire. The best moment of the Andante was the bass voicing of the second variation, offering a fleeting mix of rumination and reflection.

Nehring’s fluctuations of tempo in Chopin’s ‘Funeral March’ Sonata (noticeably held back for the lyrical passages), his rhythmically ‘soft’ first subject and messily approached development of the first movement (omitting the exposition repeat) didn’t inspire confidence. The Scherzo rushed, wanting in bite and temper, its phrases and sentences rattled off like so many well-drilled exercises. The Trio’s soft-cushioned lyricism fared better (good left-hand expression again), but one wondered at the contrived slurring of the accelerando back to the reprise, no indication of which is found in the score. The ‘March’ tolled its lament yet only transiently touched the emotions: Rubinstein used to ‘speak’, to pace, the ornaments and trills, the left-hand ostinato, so much more yearningly. A keener sense of chill and machined unisons, gossiping winds more icy than befogged, would have benefited the Finale.

Szymanowski following the interval revealed another player. The first four Mazurkas from the Opus 50 cycle (1924-25) could scarcely have been better nor more atmospherically gauged, each note and voice a little Tatra jewel – “features of nobility […] brushed with gentle strokes of silvery-gold sadness” (Muriel Draper). The early Variations (1901-03), dedicated to Rubinstein, likewise exhilarated the imagination, the swings of tempo and character elegantly integrated, the many Schumannesque asides framed without conceit.

Commissioned by Rubinstein, Stravinsky’s Petrushka challenge, a killer from first bar to last, stayed the course, with varying degrees of fantasy, attack and colouration. But the ‘choreography’ was prone to breathlessness, Nehring’s pianism too often at the service of small cameos indifferently linked. Holding Stravinsky’s patchwork construction together, catching its cinematography, has always been the making or breaking of this monster.