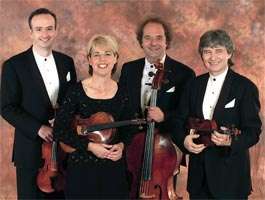 The Takács Quartet is often referred to as the finest string quartet in the world. The players’ sound and style has a slow-burn intensity that permits endless possibilities of dialogue, expressive range and sheer tonal beauty, and is delivered with great subtlety by these extraordinary musicians. In the last of the Takács’s Schumann-themed London recitals this season (a Beethoven cycle is planned for 2009/10), Marc-André Hamelin joined its members for Schumann’s Piano Quintet.

In Beethoven’s relatively early D major String Quartet (1800), the Takács players revelled in the music’s slightly cocksure self-assurance and generous lyricism, and the spontaneity of their performance underlined its questing inventiveness. Haydn’s Opus 77/Number 2, his last completed quartet, was, if anything, an even more extreme and refined balancing act between the security of classical formula and open-ended fantasy that gives a constant frisson to this music. Edward Dusinberre’s tactful leadership caught the spirit of Haydn’s lightly-worn but Olympian mastery, guiding a performance that left you both in awe of and in love with this wonderful composer. 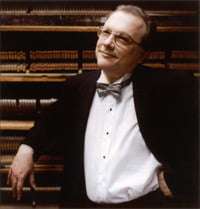 The same spirit infused the incomplete Opus 103, with its sympathetic writing for viola, searchingly played by Geraldine Walther on a magnificent instrument that combines cello-like gravitas with a richness of tone that would not disgrace a viola d’amore. The trios of these works’ three minuets, were a reminder of how strange, sometimes downright odd, these sections (in any medium) can be, from earliest classical style to visionary Mahlerian. The way in which the Takács Quartet drew a fine line between the more homogenous sound of late Haydn and the slightly more open and expectant style for youthful Beethoven was remarkable for its subtlety and sense of poise.

Schumann’s Piano Quintet isn’t quite on the massive scale as Brahms’s, but its huge piano part can tempt performers into treating it as a mini piano concerto. Marc-André Hamelin and the Takács Quartet’s performance was certainly grand – although the impact of the rallentando just before the fugal coda of the finale was rather underplayed – but this was definitely a chamber performance in its immediacy and attack. Hamelin is not the most demonstrative of pianists – his shoulders hardly moved, even in the most expansive passages – but his sound is brilliant and finely articulated, and the five players delivered a perfectly judged performance of the funeral march movement. This was edge-of-the-seat music-making, explosive and visceral. Roll on the Hyperion recording.