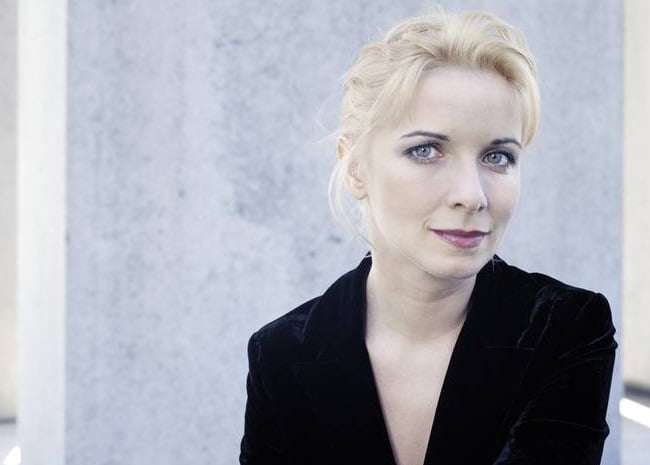 For some years, Tamara Stefanovich has been building a reputation in the more radical domain of modern piano music, and this Southbank Centre International Piano Series recital was no exception in its juxtaposing of American pieces spanning almost a century and written by three of its foremost composers.

Not that her account of Aaron Copland’s Piano Variations (1930) conveyed the fullest extent of this most rebarbative among the works of his early maturity. Certainly there was no lack of formal clarity or expressive concentration throughout its twenty variations on the acerbic and declamatory idea heard at the outset, but the piece as it unfolded took on a uniform and even unyielding quality that undermined the music’s cumulative intensity as it headed toward its brusquely rhetorical close. At just under ten minutes, moreover, this was an unusually swift reading of a piece not known for its expansiveness, and which likely contributed to the sense of its being marginally sold short. Unabashed virtuosity is not quite sufficient in music whose compositional resource needs to be perceived in real-time rather than assumed after the event.

There were no such reservations about the two sets of miniatures by Elliott Carter (1908-1912), both products of that ‘late-late period’ in which his idiom became distilled to a point of the utmost refinement. Tri-Tribute (2008) comprises accolades to respectively the sister, brother and mother of James Levine, the conductor (and sometimes pianist) who has steadfastly advocated Carter’s music throughout his career. Together these brief yet incident-filled pieces result in a sonatina-like format of a dialectical quality more playful than didactic.

Relatively extended by comparison, Two Thoughts about the Piano (2005) is a diptych where fundamentals of stasis and dynamism are made explicit. Thus ‘Intermittences’ unfolds over many motivic shards such as supersede each other while yet merging into a larger unity – the extent of which was palpably conveyed by Stefanovich, who went on to deliver a scorching account of ‘Caténaires’. This toccata, written for Pierre-Laurent Aimard (present in the SJSS audience), extends the single piano line to its conceptual limit in music of unbridled velocity.

After the interval, a welcome revival for the First Piano Sonata (1910) by Charles Ives which, though it had several performances in London some two decades ago, remains much less often heard than its ‘Concord’ successor. This may in part be due to its abstraction, there being no literary or philosophical basis to a piece whose five movements (playing here for around 35 minutes) take in the gamut of Ivesian traits from inward communing to raucous affirmation – filtered through a pianism transcendental in its demands and visceral in impact. Stefanovich duly met its challenges head on – the only proviso being her concern to render this piece as a continuous entity, with the second and fourth movements feeling a little rushed at such headlong tempos. Elsewhere, though, the power and majesty unleashed by this music could hardly be gainsaid.

A memorable performance, then, for which Stefanovich justly received a lengthy ovation. As an encore, a 15-second silent piece by György Kurtág – the most provocative of any from his Játékok series, and making a welcome tribute to this singular composer in the wake of his 90th-birthday.