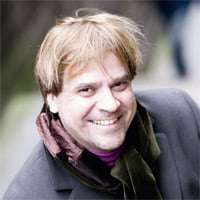 It is an oddity in our musical lives that one of the world’s most popular composers, Sibelius, has written such a manifestly great and yet still little-known work as the Fourth Symphony. Even Finnish orchestras fight shy of it; only a few non-Finnish conductors play it outside of Finland, Colin Davis being one of the most notable.

And yet the Fourth Symphony (1911) is, perhaps, the most internationally-orientated of the series of seven. There is hardly a living composer who does not admire this work – although Harrison Birtwistle recently told this writer he prefers the opening of the Violin Concerto! Whether among the American Minimalists, the British Modernists, the French Spectralists, the members of the Finnish avant-garde or the post-Darmstad German generation, it is difficult to hear anything other than admiration for Sibelius’s Fourth.

The composer himself wrote: “My Fourth Symphony is not a concert item … it has brought me many friends”. Perhaps one reason it is so seldom played can be summed up by a French lady who was recently asked if it was the first time she had heard the work, to which she replied: “It was the first time and the last time”. The truth is that this work deters so-called casual listeners by lacking any of the surface interest to be found in most concert music, but achieves the admiration of knowledgeable musicians who detect many qualities that composers strive for in their own music: economy of means, a connection between musical motifs, an expressive manner that reduces the risk of superficiality and a desire to avoid easy solutions.

Certainly Sibelius’s own method of achieving these goals results in a certain austerity and reticence. What it does display is a composer’s honest response to the circumstances in which he found himself at the end of the first decade of the 20th-century. Much has been written of the impact of his health-scare on the slimming down of Sibelius’s musical resources in the Fourth Symphony. Probably a more accurate reaction to what had been a painful episode two years earlier was his need to abstain from alcohol and cigars, which must have resulted in acute withdrawal symptoms.

However, of much less supposition is the fact that Sibelius was aware of European musical trends, particularly that of Schoenberg, and wanted to be taken seriously as a European composer as opposed to a purely Finnish one. This required him to adopt certain of those trends he was hearing on his travels. The Fourth Symphony confronts Modernism unflinchingly, yet in a style that remains unique to Sibelius. After the Fourth, Sibelius moved away from such Expressionist language towards investigating symphonic form, resulting in the one-movement Seventh Symphony.

But the Fourth Symphony remains a landmark for combining a new musical language within a broadly traditional symphonic model similar to that adopted by Schoenberg in his 1907 First Chamber Symphony (not heard by Sibelius until 1914). Within this paradigm, the fascinating Sibelian twists are many and various. He opens with a movement bordering on Adagio and ends the work mf, on strings alone – a somewhat stoical attempt at facing an uncertain future. 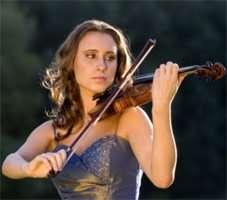 Too many of the rare live performances of the Fourth Symphony end up with a generalised feeling – too little contrast in tempo and mood between the movements. Hence Adagio becomes too swift and Vivace (second movement) too slow. John Storgårds did not entirely avoid this sense of sameness but his view of the work contained many points of interest. He launched the work as Sibelius wanted it to sound: “As harsh as Fate”. The many markings, often overlooked, were obeyed so that the impression was of a guide keenly interested in every incident in the score. He certainly seemed more engaged in the Fourth Symphony than he had appeared in Pohjola’s Daughter. In fact, for such a seemingly spare score, the Fourth demands bar-by-bar attention by the conductor and Storgårds responded admirably.

In between these came the most popular of all Sibelius’s concert works (Finlandia aside, which was offered as an encore here), the Violin Concerto, played by young Jennifer Pike. With 200 recordings to its name, Pike entered a crowded field with considerable acumen and technical dexterity. Many of the finest interpreters have been females and Pike gave many clues as to her ability to join this pantheon of artists. Above all, hers was an intensely musical view of the work that can sound coarse in the wrong hands.

The Tampere Philharmonic is a fine, responsive orchestra deserving of its growing international reputation.