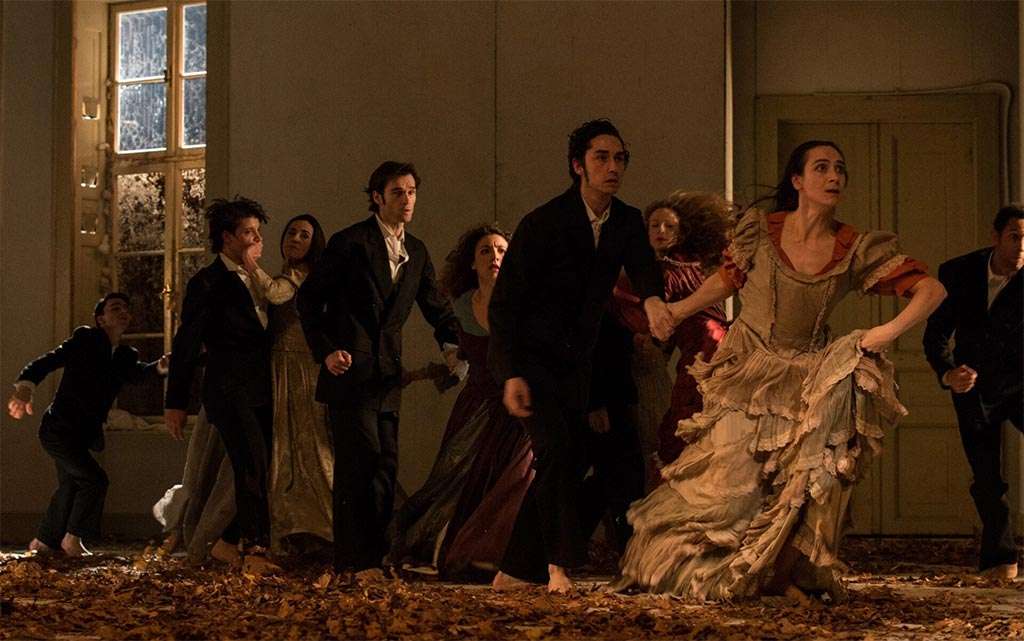 Since the death of German choreographer Pina Bausch in 2009 no altar in her memory (outside her own company Tanztheater Wuppertal) has been better tended and yearly rituals observed more assiduously than by the Sadler’s Wells Theatre, where Artistic Director Alistair Spalding remains the most misty-eyed of devotees. Hence the breathless scheduling of Bluebeard (let us call it that for brevity’s sake) the moment it came out of musical copyright, the Béla Bartók estate having hitherto taken exception to Bausch’s stopping, starting and repeating of sections of the music. It is a work which has taken on almost mythical status among Bausch believers, partly because it has not been performed for over a quarter of a century, partly because it represents a transitional moment in the choreographer’s output showing her move from the earlier more dance-based approach to her later, freer, more vernacular style. So Bluebeard at the Wells is big news.

Its basis and, indeed, what allows it to ride the greatest excesses of Tanztheater screaming, laughing, weeping and general mayhem is the glory of Bartók’s music, played in a German-language recording featuring Dietrich Fischer-Dieskau, Hertha Töpper and conducted by Ferenc Fricsay. The violent exoticism, the intensity beauty of the music underpin Bausch’s work which takes the story of the brutal Bluebeard and the fatally curious Judith as its basis for an exploration of the fraught relationship between the sexes. Bluebeard (the Welsh-born Christopher Tandy) and Judith (Silvia Farias Heredia) are echoed by twelve further couples, assuming Everyman and Everywoman status as their love, their couplings, their cruelties and their violence ripple out to the others, split and diffused prism-like among the whole cast. At times, the couples act as a sort of Greek chorus, almost commenting on the action, at others, they assume agenda of their own, but the central couple remain very much that, and it is Bluebeard who literally plays the tune to which they all, Judith included, must dance. 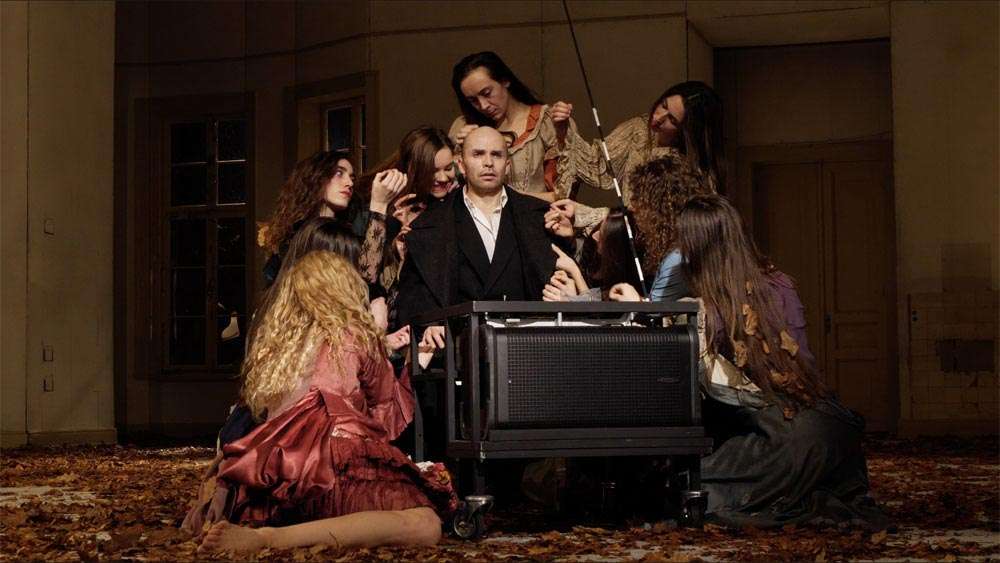 A bare, shabby apartment, lit by high windows and featuring doors which never open is strewn with shrivelled leaves. There is a single chair and a wheeled contraption containing a reel-to-reel tape machine which is controlled by Bluebeard alone. It is he who rewinds and replays sections of music again and again, the dancers condemned to repeat the same movements until he chooses to move on – at one stage Judith falls to the floor ten times, never once caught by Bluebeard. There is violence and brutality, the women’s heads repeatedly pushed down, their bodies left sprawled across the stage, their heads bowed in despair and submission – Bausch’s view on the lot of women is not a happy one. The men get their share of unpleasantness but they also preen and strut like cockerels in a farmyard in a comic sequence during which they strip down to coloured velvet pants and strike bodybuilder poses while fixing their mouths in a rictus.

Bausch clearly has much to say about the constant battle of the sexes, and she says it emphatically and repeatedly; you either buy into the battering of your senses or you do not. It is a bleak outlook which is not lightened by a curdled humour which invariably leaves an unpleasant taste. However, Bluebeard has sufficient moments of genuine interest to carry one through those of tedium, but it is a close-run thing. In addition, it is now very much a period piece: it concerns the battle between men and women – no other combination is considered – which, with the benefit of historical perspective, we know to be it is a conflict that has been raked over again and again to the point where there is practically nothing more to say. #MeToo, whatever one thinks about it, is, of course, absent, but the portrayal of sustained violence against women in such a work as Bluebeard is one always open to challenge.

The dancers are superb. Led by the indefatigable Tandy and Heredia, whose stamina throughout the 110 minutes is to be admired, they enter fully into the required ‘existence’ of Bluebeard, less performers, more agents of Bausch’s creativity. Tandy in particular brings a pained gravitas to the role of Bluebeard, a weary regretfulness which suffuses his movements, even at their most extreme. Heredia is more of a punch-bag, Bluebeard’s latest wife who, at the end of the piece, is dressed up by him, mannequin-like, in the dresses of his previous wives. She runs and screams, lurches and weeps as required.

Big news Bluebeard at the Wells may be. Easy viewing it is not.