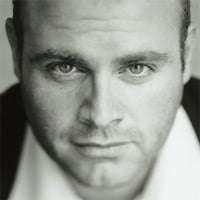 “Third time lucky” has become a cliché but it was certainly the case with this Rosenblatt Recital. Originally, Carlos Alvarez was to be the soloist. When he withdrew, Erwin Schrott’s name entered the listings. He then decided to pull out, as a result of which he is being sued for not honouring his contract. To the rescue, a highly successful one, came Joseph Calleja and his wife Tatiana Lisnic. That was not all, for conductor Karel Mark Chichon also dropped out, to be replaced by Julian Reynolds. Who would be an impresario? At least, the splendid Philharmonia Orchestra held fast.

There can be something fascinating about simply watching a well-drilled orchestra in action. As the tempo quickened in ‘Danse bohème’ from a Suite from “Carmen”, the violin bows rose and descended with practised precision, as expected from one of the world’s leading orchestras, but the body-movements of the players varied considerably. One violinist would sway from side to side, despite being sedentary, while from another came merely a slight moving of the head. Far more important, of course, is hearing. The Rossini overtures were sprightly in their final sections. The cellos at the strart of that to “William Tell” were warmly embracing. The “Carmen” excerpts became a tour de force, building to a finale that whizzed along under Reynolds’s baton. Fine work all round included a sleazy trumpet evoking the rather seedy surroundings of the story, with at one point an upward slide that made me smile. 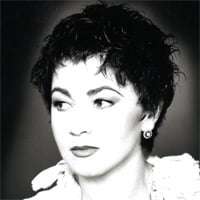 Joseph Calleja made an impact with just the first few lines of his opening aria, ‘Recondita armonia’. His voice seems to have grown. The little flicker that I find attractive was perhaps less noticeable than of yore, but his tonal quality remains unimpaired. Both there and in Don José’s ‘Flower Song’, he shaded his sound and volume to good effect. In the long duet from “L’elisir d’amore” he sang with a lighter touch, as befits the music and the character. The role of Nemorino is in his repertoire, but I have never heard him sing it complete. He also offered Macduff’s aria, whose recitative was not quite as sensitive as on Calleja’s recommended Decca CD, but his phrasing in the aria itself was well shaped. The short ‘Io conosco un giardino’ found him in warm, rounded middle range.

Smaller in sound than her husband’s, Tatiana Lisnic’s voice is focused, smoothly produced, if with less variety of colour than his has. The lovely ‘Song to the Moon’ benefited from her sweet timbre, and she too produced a light-hearted touch in the “L’elisir” duet. She traced a good line in the cantilena of the Bellini aria: a long, flowing piece which has no cabaletta. As if to compensate for that, she sang the gay ‘Je veux vivre’: a bit more point to the tone would have added further vivaciousness. The printed programme ended with ‘O voave fanciulla’, in which I felt her to be rather overpowered; the scene is actually an intimate one. I should have preferred it if Calleja had gone down for the last note, as Puccini wanted.

Each singer gave an encore, Lisnic’s being ‘Meine Lippen sie küssen so heiss’ from Lehár’s “Guiditta”, with some neat rubato. Calleja bathed “Torna a Surriento” with juicy tone. They finished with ‘Libiamo’ from “La traviata”, which has become almost ubiquitous. Thus ended an enjoyable evening, thanks to two singers, a conductor and an orchestra who did turn up and an impresario with patience and tenacity.