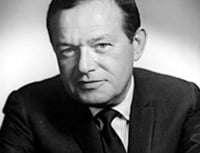 Jule Styne is the London-born, American composer of some 1,500 songs, many of which were for very successful Broadway and Hollywood musicals. Born in 1905 he moved with his parents to the US in 1912 where he became a child-prodigy pianist, often playing with the Chicago Symphony Orchestra. Following his music-studies he began working with bands, accompanying such artists as Fanny Brice, Al Jolson and Helen Morgan. By the 1930s he had his own band, went to Hollywood, working as a vocal arranger to the likes of Shirley Temple and Alice Faye. By then he was also writing songs and he collaborated with Sammy Cahn on many hits such as ‘Time after time’, ‘It’s been a long long time’, ‘I fall in love too easily’, ‘I’ve heard that song before’, ‘Five minutes more’ and ‘I’ll walk alone’.

Noted for his tunefully upbeat numbers, Styne worked only with lyricists who could bring something equally talented to his compositions, namely Frank Loesser, Betty Comden & Adolph Green, Bob Merrill, and Stephen Sondheim. Among the shows he wrote for Broadway and Hollywood are “Bells are Ringing”, “Gypsy”, “Gentlemen prefer blondes”, “Funny Girl”, “Do re mi” and “Prettybelle”, while the stars of his shows included Judy Holliday, Ethel Merman, Carol Channing, Barbra Streisand, Phil Silvers and Angela Lansbury. His last show was “The Red Shoes”, based on the Powell & Pressburger film, which opened after 51 previews and closed after five performances. This was in 1993 the year before Styne died. Long-time Styne lyricist Bob Merrill also worked on the show. 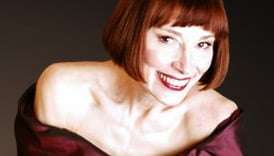 Karen Akers has become a mainstay of the US cabaret scene. No stranger to London, she has in the past appeared at the late-lamented (R.I.)Pizza on the Park. Previous visits have found her in more serious mood and her nine albums include a wide compass of material, some of it in French. She is a noted actress from such Broadway shows as “Grand Hotel” and “Nine”, she has appeared in films including Mike Nichols’s “Heartburn” with Jack Nicholson, and in Woody Allen’s “The Purple Rose of Cairo”. She’s also had several television specials in the States.

Her latest project is an evening of the songs of Jule Styne, which she has knitted together in a satisfying assembly that makes the material work for its living. It is also scheduled to appear on CD. What a wonderful songwriter Styne was. He wrote over two-dozen shows and contributed to many others. Not all of them were successful but his track-record was pretty good. His legacy is that he left us with hundreds of great songs that not only made a terrific contribution to the Broadway canon, but also gave us numbers that work perfectly well on their own. You might think that the songs from “Gypsy”, a show about a very specific subject, the mother of stripper Gypsy Rose Lee and her ambitions for her daughter, would not work out of context – but they do, as Karen Akers so demonstrably proves. She does a medley of ‘Let me entertain you’, Gypsy’s signature song, coupled with ‘You gotta get a gimmick’, which in the show is the song of three strippers, and ‘Some people’, Madam Rose’s plea to her father to give her the money to take her show on the road. They are three very good point-numbers, which Karen performs with a twinkle in her eye and even a catch in her throat.

“Gypsy” is probably, song for song, Styne’s best score, although he was not the first choice of the producers who had already asked, among many other contenders, Cole Porter and Irving Berlin. Neither of those two great composers would have captured the sheer power and raunchiness of the subject matter, and Styne’s score is just packed with terrific numbers. Betty Comden and Adolph Green were going to write the book but were defeated by trying to translate the memoirs of Gypsy Rose Lee into a show. Then Arthur Laurents (“West Side story”) came on board which also led to Stephen Sondheim’s involvement. Sondheim would also have written the music, given half a chance, and director Jerome Robbins wanted Sondheim, too, but Ethel Merman would not take a chance on a then-unknown composer. So Sondheim then refused to write the lyrics until his mentor, Oscar Hammerstein II, persuaded him that it would be good experience. Sondheim now thinks it a first-rate show. There’s an easy, conversational tone to Sondheim’s words that communicate any and every kind of emotional feeling. 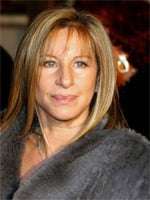 Jule Styne always surrounded himself with the best lyricists, in particular Comden & Green, and Merrill, the last having written, would you believe, ‘How much is that doggie in the window?’ and ‘If I knew you were coming, I’d have baked a cake’ (a song that Cole Porter, always a stickler for syntax, once told Merrill that had he, Porter, written it, he would have called it ‘Had I known you were coming…’! Styne and Merrill’s biggest success came in 1964 with “Funny Girl”, the story of Fanny Brice, which they wrote for Barbra Streisand. Here Akers sings the duet ‘You are woman, I am man’ with American Songbook host Jeff Harnar and make it theirs. Karen is a tall lady, while Jeff is a little shorter, so in the lyrics the roles are reversed, which brings a hitherto unsung irony to the song. Karen opens and closes with ‘The music that makes me dance’ and saves the big number, ‘People’ (which was the one song the producers wanted to cut during the try-outs), for her encore and performs it simply without the overkill that Streisand brought to this sweet and simple song. There were rumours (unfounded) that ‘People’ was actually written for the television animated feature “Mr Magoo’s Christmas Carol” two years earlier. Karen does, however, sing one of the Styne-Merrill songs from “Magoo”, ‘Winter was warm’ and very nice it is too.

Elsewhere we get the batch of great love-songs Styne wrote with lyricist Sammy Cahn. She doesn’t, however, include the song that won them an Academy Award, ‘Three coins in the fountain’, but she does sing some of their Oscar nominations, namely ‘I fall in love too easily’, ‘I’ve heard that song before’ and ‘I’ll walk alone’. For ‘I’ve heard that song before’ Jeff Harnar speaks a counterpoint list of the excuses that men make to cover the lies they tell their wives: ‘I have to work late at the office’ – you know the sort of thing – and it provides both a sad and funny comment on life and love. ‘Time after time’ and ‘Five minutes more’ are also great Styne-Cahn songs that Karen performs impeccably. Her technique is to let the words and the music speak for themselves with no gimmicks. In ‘It’s been a long long time’ she drags out the lyrics to convey the sheer frustration of a woman who has been waiting for her man to return from the war. It’s both funny and emotionally appealing.

The Comden & Green songs are equally impressive: ‘Just in time’, ‘The party’s over’ and ‘Long before I knew you’ (all from “Bells are ringing”) are now standards and deserve their place in the Great American Songbook. Out of the 15-hundred songs penned by Styne, the two-dozen that Karen Akers performs at Jermyn Street Theatre with excellent support from Leigh Thompson on piano and Dave Johnson on bass prove that the Great American Songbook doesn’t come much better than this.