Bach
Mass in B minor

I suspect that even the most ardent enthusiasts for a historically informed approach to J. S. Bach’s “Mass in B minor” harbour a secret admiration for the raw might that exudes from the choral recordings of such bygone ‘big-band’ exponents as Eugen Jochum, Giulini, and even the Bach Choir of old. But what makes these recordings unpalatable to many ears is their maestros’ frequent disregard for the dance rhythms which form such a crucial part of Bach’s music.

This is where David Hill and his present-day Bach Choir come into their own. Hill’s driving aim behind this Royal Festival Hall performance of the great “Mass in B minor” seems to have been to get his 200-strong choir to adopt period-style agility and buoyancy that belies the vast numbers – an aim in which he succeeded admirably. This approach potentially provides the best of all worlds, certainly for a performance in a venue many times larger than anywhere Bach himself would have experienced: the guilty pleasure of spine-tingling power that only such gargantuan forces can offer, combined with the litheness that the music demands.

The Bach Choir was certainly impressive. Its wonderfully warm, rich sound was big-boned but remarkably unanimous in tuning and articulation. The opening cry of ‘Kyrie’ hit right between the eyes, the ‘Sanctus’ was an opulent blaze of sound with flowing forward momentum, the ‘Et expecto’ purred along beautifully. As an exercise in big-band precision and phenomenal choral discipline this was a great achievement that offered many thrilling moments.

But when measured against the highest standard of Bach performances that we are fortunate enough to attend regularly these days, this one sadly fell well short. Despite Hill’s best and, generally, successful attempts to lighten his vast forces, much inner detail was blurred, especially in the fugal sections (the soft-focus sound worked well in the solemn ‘Crucifixus’). 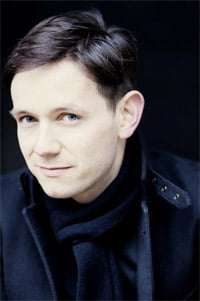 The main problem, however, was Hill’s soulless direction, which drilled the performers to within an inch of their lives. Yes, the phrasing and articulation was stylish and appropriately ‘Baroque’ – but so strictly regimented that the music lost all sense of flexibility and spontaneity. This applied equally to the augmented period-instrument ensemble Florilegium. The most moving moment of the night, despite an undistinguished continuo contribution, was tenor James Gilchrist’s poignant account of the intimate ‘Benedictus’ – scored for just solo flute, cello and organ – which Hill left largely to its own devices.

Neal Davies’s firm, clean baritone was pleasant enough in ‘Et in Spiritum Sanctum’, but his lower register was drowned by the deliciously pungent solo horn in ‘Quoniam’ (as, disappointingly, were the bassoons). Countertenor Iestyn Davies delivered a nicely poised ‘Agnus dei’; despite a bright tone and engaging manner, Elin Manahan Thomas lacked depth in the soprano arias.

Bach’s supreme genius is that it shines through diverse performing styles, and Hill and his Bach Choir are to be commended for keeping the grand choral tradition alive and revitalised. But to fulfil their potential and produce a performance worthy of this great work, Hill needs to loosen his iron-grip on the reins and have more faith in the musicality of his singers and players.