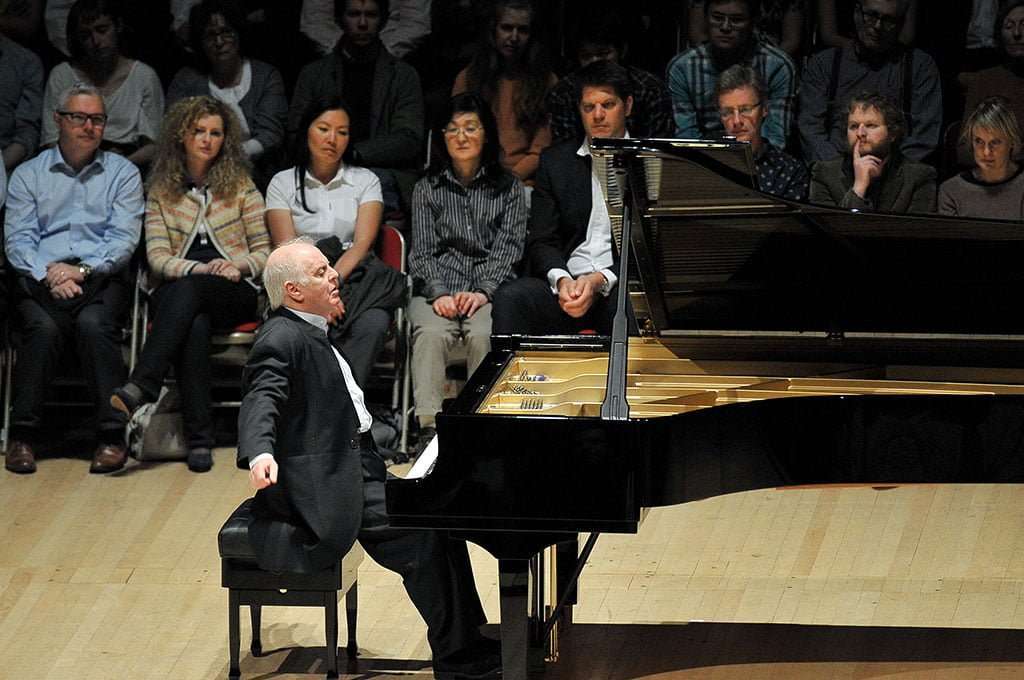 The third instalment of Daniel Barenboim’s traversal of Schubert’s eleven completed Piano Sonatas promised much, but delivered relatively little other than the anticipated standing ovation from a capacity audience. The programme itself was cunningly put together, however, featuring the early D568 which Schubert re-wrote in the wake of the final work on the programme, D850, these two Sonatas framing one of his grandest and bleakest utterances, the A minor, D784.

Barenboim is undoubtedly a great Beethoven pianist but therein lay part of the problem. Whilst he is clearly a master story-teller, well able to cope with Schubert at his most discursive, the reality is that he tends to bring a forcefulness to Schubert which, whilst totally in place in Beethoven, can be quite disruptive, even alien, to Schubert. The ramparts do not require to be stormed. There is a cantabile quality to nearly every bar, even when Schubert is at his most despairing as in the greatest climaxes of the A minor Sonata. Beethovenian anger – “rage, rage against the dying of the light” – has little part in Schubert’s vocabulary.

Evidence suggests that Schubert revisited and recomposed D568 in 1826 nearly a decade after its original composition (at which point it comprised three movements as against four in the later version and was written in D flat). The revision features a much expanded development section in the first movement and a new Minuet. Barenboim made the most if its oddities, particularly the dramatic first-movement development and the Minuet’s curiously chromatic discontinuities, and also found the tempo giusto for the finale where time is suspended in a way unique to Schubert. Barenboim made the most of this less-than-satisfactory work. 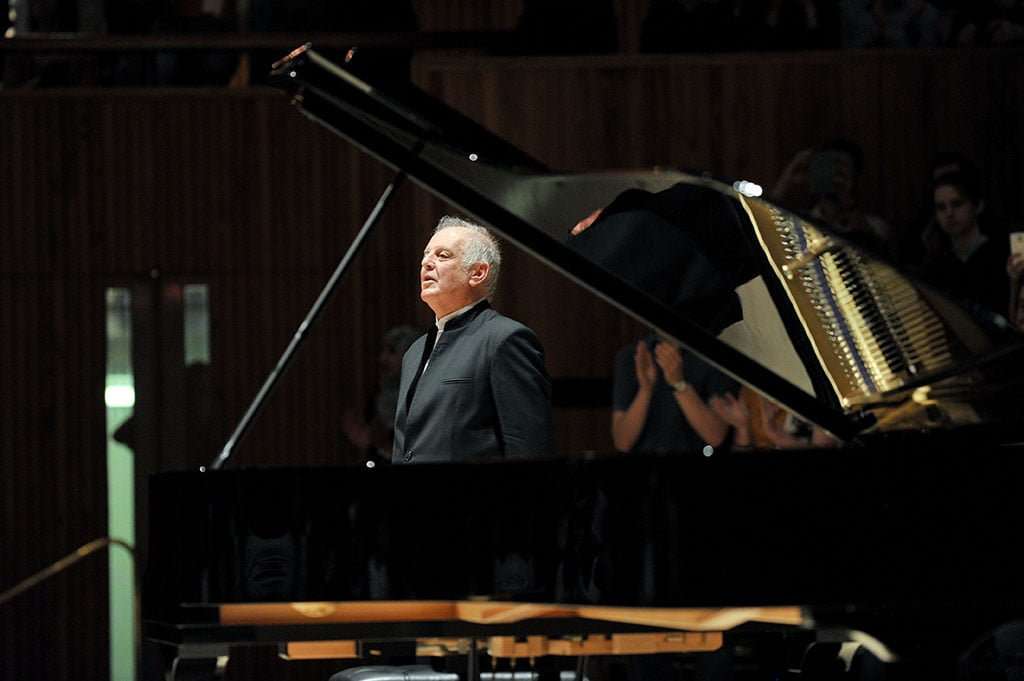 By contrast D784 is a masterpiece from first note to last but on this showing was much less satisfactory. Its menacing opening was taken extremely slowly, sapping its implicit tension and the movement was diminished by the omission of the exposition repeat; perhaps inevitably the development then picked up speed. That said, the return of the heart-easing second subject was beautifully prepared and the ending finely controlled. The Andante though was short-changed, coming across at a flowing tempo almost as a perfunctory interlude between the outer movements. The moto perpetuo Finale was taken at a moderate tempo but in his determination to dot every I and cross every T, Barenboim sometimes over-inflected the line, losing essential connections.

The D-major Sonata D850, one of Schubert’s sunniest inspirations, was written at Bad Gastein outside Vienna when he appeared to be in recovery from the syphilis that was eventually to kill him. Barenboim attacked the work with a forcefulness that did it few favours. The first movement is marked alla breve in the original manuscript so there was some justification for the headlong tempo, but the whole paragraph could have done with much greater clarity (it was over-pedalled) and, shorn of its repeat, one felt short-changed, whilst some of the climaxes were clangourous. Rather more satisfactory was the slow movement although it would have repaid a slightly lighter, more playful touch (as could the Scherzo’s triple-time Ländler, which didn’t quite flow). The tick-tock Viennese clock Finale finds a distant echo in a passage of Mahler’s Fourth Symphony. Barenboim attacked the louder moments of this faux-näif music with a ferocity which seemed entirely out of place.

A word about the Maene piano developed for Barenboim which has attracted much publicity. Whilst it is obviously an attractive idea to combine the best of the modern piano with the timbres of earlier instruments, to this listener’s ears it seemed as little real advance on a Bösendorfer. Paul Badura-Skoda recorded some of this music rather successfully on instruments by Conrad Graf dating from 1823 and 1826 which really do give an idea of Schubert’s soundworld, but of course such instruments would fail to carry in the immensity of a larger concert-hall, so one must accept that the Maene instrument represents a modest advance.