John Tavener is, without a doubt, a deeply intellectual, spiritual and caring man – someone who perceives music as a means of not only bringing light into people’s lives, but of improving the world in which those lives are lived. To bring, in his own words, “inner healing” of the strife of our society. As a composer, he has explored issues surrounding the accessibility of contemporary music, different modes of performance in a modern environment, and the incorporation of ‘world music’ into Western works.

Echoes and shadows of all of these habitual pastures are very present in his controversial new work, “The Beautiful Names”. Controversial, sadly, for the very reasons Tavener responded to the Prince of Wales’s brave commission, and, in a bitter ironic twist, because it was premiered in the magnificent and, given the musical structure of the work, very suitable environs of Westminster Cathedral.

Music critics rarely write about politics or religion, and for a very good reason – they write about music, which, it would be nice to think, transcends these things as an art form. But the context is important to Tavener’s creation of “The Beautiful Names”, and so must be known to understand the work.

For his text and inspiration, Tavener chose to take the list of the 99 Names of Allah from the Koran. These names, in Arabic, list the various characteristics and attributes of Allah, and fall naturally into nine groupings of eleven names, each group, bar the last, preceded by celebratory cries of “Allah”. Tavener is not a Muslim – he tends towards a belief that all religions are different expressions of the same worship, and believed that a meditation on the Names might help in reconciling disparate religious factions. The commissioning of the work by the future head of the Church of England, and its performance in the base of Catholicism in England (and shortly afterwards in Istanbul), all fuel this admirable wish, and imbue the resulting work with a realism to match its social altruism.

Which is why it is so very sad that, before the airport-style security at the entrance to this place of worship, there stood a stubborn, if rather forlorn, group of protesters. Having failed to get the concert cancelled, they wanted to make it known that the work was an insult to their religion. I heard the work (as did no doubt many listeners to BBC Radio 3 in a now sadly-rare genuinely live broadcast), and there was nothing here to insult any one religion. To those outside, who can’t let art be art, I would say this: In a world which, in Tavener’s own words, is permeated by “appalling strife”, are there not more useful, more Christian ways of spending your time and energy than protesting? When you’ve fed all of London’s starving poor, when you’ve cared for the sick and the dying, when you’ve spent your precious few free hours with your elderly and lonely next-door neighbour, then, and only then, will we talk. 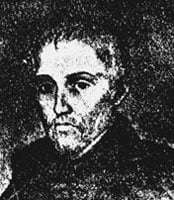 Prefaced by anthems by Tomás Luis de Victoria (1548-1611) and Tavener himself, performed by the Westminster Cathedral Choir conducted by Martin Baker, it wasn’t very long after the arresting opening of Tavener’s ‘latest’ that the problem of setting a list to music became clear. While I tend to think of the work as offering a meditation on its subject, I also tend to think that 70 minutes is a long meditation. Tavener’s setting relies on the segmental nature of the text, with the majority of the Names following the same pattern: solo tenor declaration, choral declamation, orchestral interlude, and so on. Whilst serving textual needs, this approach offered very little scope for musical development or larger scale form. This latter was guided by ‘tonal zones’ for each of the nine larger segments, but there was little to suggest the former.

Stylistically, we were in known territory. Fundamentally chordal passages for the chorus, with the second choir providing an echo to the first, triadic harmonic gestures, the summing of basic chords and the interpolation of ethnic percussion all featured heavily. Whist this is a matter of taste, it appeared to be too insubstantial to maintain musical interest for over an hour. But, whilst the broader picture may have been lacking, the details were as beautiful as ever – instrumental interludes that wound sinuously between contrasting sections, functional harmony that slipped around unexpected tonal corners, intricately judged variations in texture and subtle timbral blend.

Over and above this swam two all-pervading elements. The first is the creative use of space that is a growing component of Tavener’s work, and that the Cathedral allows in abundance. The Cathedral’s own choir hid unseen in the apse, heard only in the distance. A string quartet perched above us somewhere, and the magnificent organ roared with back-straightening force from the West Gallery. And the second element, less substantial but just as important, is a preoccupation with reflections. One choir reflected another, both reflected the tenor, the string quartet the choir, the strings the brass. Reflections glimmered all through the music, lending subtle substance to the otherwise slim musically unifying elements.

The orchestration is, perhaps, more puzzling. Whilst there were flashes of the more striking, jarring Tavener, there were also large swathes of surprisingly derivative music. The use of the strings and brass called to mind epic film scores, and much of the quartet writing bore an almost Mozartean mark. But the beauty was in the details – the orchestral string-writing complemented that for the choirs with a touching gentleness, the trumpet-writing was imbued with raw excitement, and the weighty trombone canons were almost awe-inspiring. 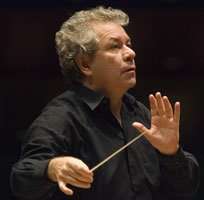 Guiding the assembled company through the experience, Jiří Bělohlávek remained necessarily lucid, exerting an effective but subtle control on each phrase. John Mark Ainsley navigated his incredibly challenging part with nothing less than supreme confidence and pure and never-flagging tone.

Equally up to the challenge, the BBC Symphony Chorus demonstrated stamina over and above the call of duty, with a strong sound right through to the gentle last chords. Only the occasional moment of indecisive tuning at the start of phrases and a fleeting ‘reaching’ for the higher notes marred an otherwise triumphant performance.

As the ethereal, stalking figure of Tavener acknowledged a growing standing ovation, what could one make of the event? Controversial, interesting and superbly performed – definitely. As a meditation, certainly effective, but with little that was new musically. But a hunger for novelty can mask an appreciation of something already good, and “The Beautiful Names” is built on a compositional style already proved as successful, popular and enduring.