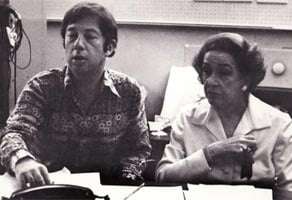 Cy Coleman (1929-2004) had a prodigious talent. From the age of six he was playing piano at the likes of Carnegie Hall, Steinway Hall and Town Hall in New York. Later he founded the Cy Coleman Trio and was a successful jazz artist before moving on to compose popular songs and music for theatre shows and films. Rarely considered to be in the first league of songwriters – too popular, perhaps – except by the cognoscenti, Coleman was nevertheless honoured by his peers with multiple awards. Most of his theatre scores were nominated for Tonys and several of them won. Coleman’s knack was an ability to write great and memorable tunes. Just run through the titles of his shows – “Little Me”, “Sweet Charity”, “I Love My Wife”, “On the Twentieth Century”, “Barnum”, “City of Angels” – all have brilliant musical moments that prove what a talented man of the theatre Coleman was.

Of course, he didn’t do it all alone and made sure he worked with the best lyricists, such as Michael Stewart, Betty Comden & Adolph Green and others, although it was with Carolyn Leigh and Dorothy Fields that he had his biggest successes. With Leigh, Coleman wrote ‘Hey, Look Me Over’, ‘Witchcraft’, ‘The Best is Yet to Come’, ‘Real Live Girl’, ‘I’ve Got Your Number’ and ‘The Other Side of the Tracks’. With Fields he wrote “Sweet Charity” which contains a plethora of now-standard hit songs – ‘Big Spender’, ‘If My Friends Could See Me Now’, ‘There’s Gotta Be Something Better Than This’, ‘I Love to Cry at Weddings’, ‘The Rhythm of Life’ and ‘Where Am I Going?’ among many other great numbers, and all from “Sweet Charity” – and every one a great show-stopping production number, the like of which Broadway in 1966 hadn’t seen since “Guys and Dolls” fifteen years earlier. 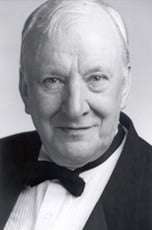 For their tribute to Cy Coleman, Claire Martin and Richard Rodney Bennett have chosen some of his rarer material. They begin, however, with two of his biggest hits, namely ‘Witchcraft’ and ‘The Best Is Yet to Come’, both with lyrics by Carolyn Leigh and which were recorded by absolutely everyone. The duet of ‘Witchcraft’ is a skilful weaving together of the two voices – the jazzy high tones of Martin with the deeper, cabaret-encrusted vocals of Bennett. They work well together vocally, sometimes singing together, other times doing solos. ‘The Best Is Yet to Come’ is an odd one to have been a hit. The music is not at all in conventional popular-song mode, but much spikier, although it has an urgency that pushes it on. Martin feels the sentiments expressed and delivers a perfect treatment. It’s a song that was popular with many other singers, unlike some other numbers that appear to be associated with one artist. Claire admires Carmen McCrae’s version of ‘I’m Gonna Laugh You Right Out of My Life’ and yet does her own thing with this rather downbeat song. Shirley Horn and Nat ‘King’ Cole are associated with ‘The Rules of the Road’ which provides another breezy duet.

Many of the songs here are still rarities. ‘Remember I Love You Still’, ‘On Second Thoughts’, ‘That’s My Style’ and ‘I’m in Love Again’ all fall into this category and it’s good to hear them have an airing. One song had only been sung by Julie Wilson on a Coleman compilation album before Sir Richard discovered it. ‘Let Me Down Easy’ is from the musical version of Neil Simon’s film “The Heartbreak Kid”, a show that never saw the light of day. It’s still, however, a good song and Sir Richard obviously enjoys singing it and expressing the intangible emotion in it. From an unknown to a great success – ‘Nobody Does It Like Me’, which Claire almost didn’t sing. However, her mother likes it, so it’s back in the show and comes from “Seesaw”, which was not a hit, even though it had that other great song ‘It’s Not Where You Start (It’s Where You Finish)’, which has also become a classic.

The Cy Coleman programme finishes on ‘With Every Breath I Take’ and ‘Everybody Today is Turning On’ from “I Love My Wife”. The two performers are an easy pair to get along with, and in both Claire and Sir Richard’s delivery there is no gimmicks or anything superficial and they obviously love the material.