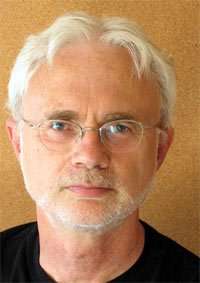 John Adams’s Road Movies refers to the swing groove that appears in the piano part. In the opening movement, the violin line supports this groove in two-note chunks, which grow into fragments of notes of varying numbers. Arnaud Sussman played his rhythmic part with great expression. The heavily-pedalled piano line features a wistful melody. Alessio Bax was adept with its phrasing. Sussman’s intonation was spot-on, even in the double-stopped passages on the unusually-tuned lower-strings for the second movement. The third is a brisk moto perpetuo with oddly-placed accents and non-standard meter. It was as if one were watching a high-wire act, the excitement stemming from the possibility of disaster. Both performers seemed quite relieved to make it to the end.

Mason Bates is known for writing pieces inspired by electro-and techno-music. These genres do not make an appearance in Mercury Soul, which had its roots in more-traditional sonata form, with alternating segments of fast and slow themes. The clarinet opens with long phrases, suspense rife in the ambiguous tonality. The following section features annoyingly harsh and ugly fortissimo accents and others are emotive in less-negative ways: slower, lyrical passages were quite beautiful. Alexander Fiterstein was frequently required to play at his instrument’s highest range, yet his tone remained warm throughout. The piece concludes with a thrilling cadenza that required him to face the piano and lean into it, creating an echo effect reminiscent of an amplifier’s feedback. Although more of a showpiece for clarinet, Gilles Vonsattel’s dialogues with the clarinet sounded very much like an argument, and they proved his technical proficiency.

Pierre Jalbert’s expressive Cello Sonata incorporates dissonant harmonies and special effects, yet the piece felt inspired by Romantic-period emotionality. The first movement is particularly intense, with soulful cello lines. Bax’s harsh articulation sometimes seemed at odds with Jakob Koranyi’s lush lines. Bax got the chance to shine in the second movement where the cellist plays an accompanying role. The third begins with a gypsy-like cello solo and segues into a fast finale with funky off-beat rhythms that still portray dark emotions. Koranyi gave a particularly impressive performance of this wonderfully evocative piece.

Tanabe’s Recollections of the Inland Sea is an impression of a real, wavy inland sea in Japan. Tonality alters between consonance and dissonance, evoking a picture of something familiar and foreign. Instead of celebrating the differences of the unusual flute-and-marimba combination, the composer blends the instruments. Although the initial landscape was interesting, the first movement had little dramatic growth and became dull. The second showcases the virtuosic capability of the marimba, and Ayano Kataoka enthralled with her technique.

It became immediately apparent why Steven Mackey called his piece Micro-Concerto and not Sextet. Percussion takes the starring role, and the remaining five players are supportive. Mackey writes that in the first movement: “I imagine that the piano chords harmonize the rhythm instead of the rhythm measuring the harmonies.” Kataoka was required to play a complicated kit that included toys and kitchen utensils, from which she created a richly varied spectrum of sounds. To begin, the accompanying strings and winds had an appropriately Klezmer feel. The mini-orchestra was in the limelight for the third movement, with the soloist adding punctuation marks that validated the movement’s whimsical title: ‘Click, Clak, Clank’. It ended with a great visual of the tiny Kataoka shaking dried leaves over her head. The fourth movement is a cello and marimba duet, the difference between the instruments celebrated. The finale is relaxed and natural, in spite of its very dissonant harmonies: supporting players seemed to be having much fun with their jazzy parts. This work is much more complex than a crash-bang percussion showpiece.