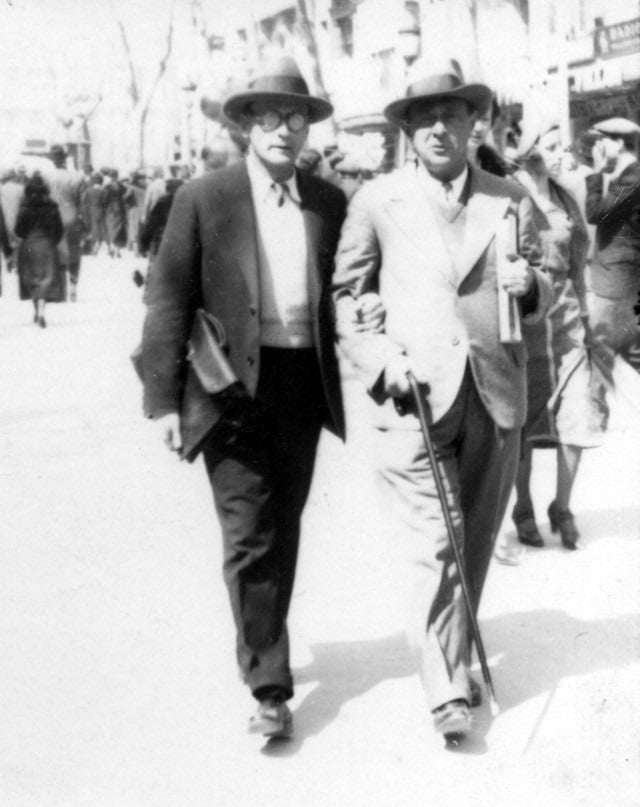 Recently Swiss/French critic Antoine Leboyer mentioned that Webern had virtually dropped off the musical map in his part of the world. Like Swann longing to hear a phrase by Vinteuil, I was deeply disturbed by this but not at all surprised. At this concert by the Chamber Music Society of Lincoln Center, two great works, whose initial musical existence was considerably different from the forms presented on this occasion, were given solid performances.

However, firstly to the music that began this great tradition. Haydn called this Trio a Sonata for pianoforte with accompaniment by a violin and a violoncello; I was significantly shocked by its passionately violent opening. Nicolas Dautricourt and Torleif Thedéen ‘accompanied’ Gilbert Kalish to fine effect.

In the Great War (1914-18), I know that the Austrian army had an official string quartet and that Anton Webern was its violist. Both Schoenberg and Webern are shamefully neglected today, so it was a special treat to hear their combined thoughts expressed in the same piece of music. Schoenberg’s Chamber Symphony No.1 (originally for fifteen players and later orchestrated) is a revolutionary work of the last century, a heterodox essay ushering in an age of atonality (Schoenberg hated the term). His Society for Private Musical Performance took every opportunity to spread the new gospel, often arranging works for whatever combination of instrumentalists was available, as long as the ensemble did not number thirteen, Schoenberg being a hopeless triskaidekaphobe.

Webern’s transcription was performed on the same program as Schoenberg’s great Pierrot Lunaire. Kristin Lee and Nicholas Canellakis joined flute, clarinet and piano in a clear but somewhat constrained rendition, much of the original’s fire conspicuously missing. It was, however, good to hear Webern’s clever arrangement.

Out of the raging fire of youthful lust Brahms poured his heart and soul into a C-sharp minor Piano Quartet written in the 1850s when he was the amanuensis of his mentor’s wife, the beautiful and talented Clara Schumann. Some years later when he returned to the work – changing the key and thoroughly revising the movements – Brahms was still deeply affected by its original emotions and fashioned a musical essay that describes in excruciating detail the process of taming the beast of gnawing depression and suicidal tendency – he even requested that the cover page of what became his Opus 60 feature a visual representation of the young Werther. Often portrayed as cool and dispassionate, Brahms who rose from the piano-player in a waterfront tavern to the heights of musical respect was a cauldron of unrequited love and ultimately unable to find a mate with whom to share his great prosperity and fame, and lived his entire life “free, but happy.”

Once again this was a respectable reading, with the players as assembled for the Haydn joined by Paul Neubauer. All was faithfully rendered, with the viola solos especially rich and comforting. However there was a palpable lack of rubato at the conclusion of the third movement which left things a bit on the dry side. Perhaps it was the infusion of music students who entered after the Haydn to fill all of the seats in the back of the hall where I was solitarily perched, but I would have to grade this recital as a B-plus at best.