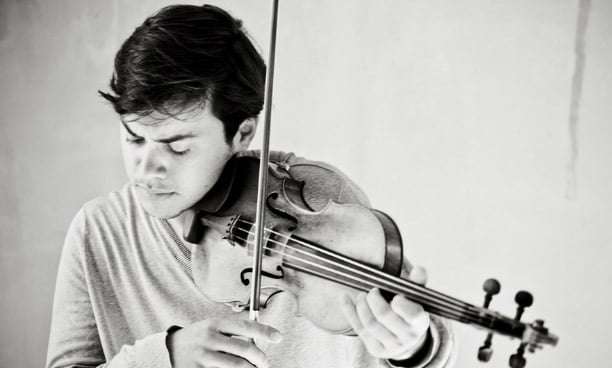 The Chamber Music Society of Lincoln Center’s “The Golden Age of the Violin” highlighted the instrument as a muse for various composers while also promoting three violinists who are current and former members of the Society’s adjunct ensemble, CMS Two. Wu Han, co-artistic director of CMS along with her husband, David Finckel, introduced the concert with a reference to the recent tragic events in Paris, expressing hope that the music would be a healing experience.

Sean Lee and Danbi Um performed a Sonata by Jean-Marie Leclair. He was an accomplished ballet dancer as well as a violinist, and this work, published in 1730, creates an intricate counterpoint showcasing the violin’s technical capacities while retaining a dance element. Lee’s first-violin was the melodic voice in the lilting ‘Gavotte’, but in the outer movements the two instruments were equally weighted. Lee and Um gave a rousing rendition, with brisk tempos, although they took many phrasing liberties more suited to Romantic music than to Baroque, and the rushed final Presto would have benefited from more incisive articulation, although the overall result was pleasing.

Dvořák’s Terzetto is unusually scored, and was written for his amateur violinist friend Josef Kruis to play alongside his teacher with the composer on viola, but the work proved too difficult for its dedicatee. Lee returned as second violinist alongside Benjamin Beilman and Paul Neubauer, all playing with superb intonation in the close harmony of the interwoven lines. Although phrasing was carefully coordinated, timbres were not. Beilman’s tone was often shrill and less attractive than Lee’s and Neubauer’s sweet sounds. 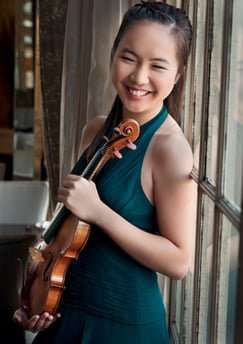 Alexander Borodin was first and foremost a respected chemist. His String Quartet No.2 has become a favorite. Um took over the leader’s chair, joined by Lee, the former cultivating a beautiful tone, particularly while playing softly, but the group came across as disjointed: tempos were inflexible, draining passion from the music. Neubauer was excellent in the well-known Kismet-related ‘Notturno’, and Um infused her playing with a range of color, but Finckel was stilting with a thin tone in the higher register.

Ysaÿe modeled his Six Sonatas (1923) on the violin works of J. S. Bach. Each Sonata is dedicated to a famous practitioner of the day, the Fourth to Fritz Kreisler. Beilman played it with enormous tone, more suited to this virtuosic work, and he sounded less harsh when his volume was unchecked. His technique was natural and flawless, and he tackled the many challenges with impressive ease, but his timing was inflexible, and his timbre unvaried. Best was the Finale, taken at breakneck speed if rendered with perfect intonation and clarity. Yet this complex piece deserved an approach to take it beyond the showpiece that Beilman made it.

The recital concluded with music by Kreisler himself, a meandering String Quartet exploring harmonic chromaticism uncharacteristic of the violinist’s salon pieces. The instruments are utilized somewhat equally, the lead violin only emerging in a starring role in the folksy Finale. Beilman and Um, and their friends, were energetic, particularly in the Scherzo’s carefully coordinated ricochet bowings, but their efforts were not enough to redeem this insubstantial work.

All the performers returned for an encore, an arrangement of Kreisler’s Liebeslied. The musicians traded the melody in a relaxed manner whilst showcasing their different qualities. Lee shone the brightest with his lush timbre and Neubauer drew an impressively rich sound from the upper register of his viola.