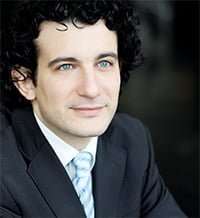 Courtesy of Shell Classic International and blowing in on a stiff sou’-sou’-easterly from Switzerland came this concert performance of The Flying Dutchman, which opened last week in its Zurich Opera staging directed by the company’s new general manager Andreas Homoki, with the same leads, Bryn Terfel and Anja Kampe, as in the 2009 Royal Opera production. Everyone, including the 80-strong chorus, was singing from memory, and the cast’s acting was simple and very effective. The Zurich Opera website indicates that the staging, of the opera’s original version, plays “ohne Pause”. The Southbank Centre gave us a comfort break after the first Act. 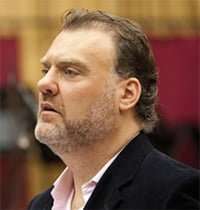 Until his Wotan and Hans Sachs, the Dutchman had been the Wagner role most associated with Terfel, and since I last heard him sing it (for Royal Opera) his purely vocal interpretation has become even more involving, the absence here of a staging reminding us of his special ability to draw all of our attention on to him. As with his Wotan, the same sort of brooding isolation and existential melancholy drive his Dutchman. Every time Terfel appeared, he cast a shadow with the minimum of craft. The Wotan darkness may suit Terfel’s voice better these days, but the slight effort involved for the role’s higher tessitura intensified the sense of desperation and urgency very satisfactorily. ‘Die Frist ist um’ was a masterly piece of hopeless self-communing, with Terfel’s trademark half-voice settling over the packed hall like a mist, and leaking into his full voice with mesmerising power. His shadings of tone and inflections of phrase underpinned the words with characteristic directness, and there was a wonderfully vampiric need to his and Daland’s creepy brokering of Senta. In a word, he was fantastic.

Anja Kampe was magnificently on song as Senta, her beyond-delusionary obsession with the Dutchman instantly indicated by her almost ceremonial wordless declamation of the ‘Ballad’ theme, and she sang it with a gripping mixture of rawness and radiance. Her climactic top notes may not always have been beautiful, but in context they worked powerfully. Kampe’s Senta pinned you to your seat with its intensity and risk-taking abandon, and her and Terfel’s sealing of their love-pact at the end of Act Two was almost cannibalistic in its neediness – I wonder what happens in the production.

Daland, often a caricature of opportunism, was sung with magisterial authority by the veteran bass Matti Salminen, huge of voice and decisive of gesture, his presence clinched the strength of the three lead roles. His moment of desperation in securing Senta’s agreement was a wonderfully minimalist portrait of parental double-standards. Martin Homrich, a late stand-in for Marco Jentzsch, as overlooked Erik did more than flesh-out Senta’s weirdness, and he was particularly effective in their Act Two dialogue. Fabio Trümpy’s elegantly sung Steersman gave attractive moments of light relief. The Zurich Opera Chorus was on terrific form, winding up the tension between the townsfolk and nautical spooks at the opening of Act Three.

Following an ensemble-challenged Overture, Alain Altinoglu skilfully paid attention to the singers while not losing sight of the music’s stormy momentum, and the (recently re-named) orchestra responded with vividly atmospheric playing. It was a thrilling evening – and having read a couple of reviews of the Zurich production, I think it’s possible that London got the better deal.