Bolcom
Briefly It Enters
Peter Child
Emily Dickinson Songs
Barber
Knoxville: Summer of 1915
Gershwin
By Strauss; The man I love; I got rhythm 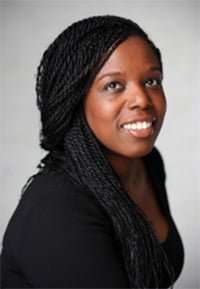 On arrival in the small recital room, one spied a chair, and also a table on which was a cup, some cough mixture, tablets, a mobile phone and a couple of exercise books. This was song-cycles dramatised, the audience separated from the performers by some floral decoration and nightlights on the floor to create a miniature stage for the performers.

It was good to hear music by William Bolcom (born 1938), somewhat under-represented in British concert programmes but often recorded, not least recently by Naxos. The information for this presentation didn’t include the songs’ words; and of further remiss was the lack of precise biography to identify the date of the Bolcom and which specific Dickinson poems are set by Peter Child.

Briefly It Enters presumably dates from after April 1995 when Jane Kenyon died at the age of 47 (up until then writer and composer had corresponded about choices of verse). Bolcom sets several of Kenyon’s poems into a 25-minute cycle. His style is very much in the American tradition but with agreeable independent and open-ended thinking. Nadine Mortimer-Smith, whether standing, sitting or walking, displayed a powerful and accurate voice. She might have slightly restrained her fortissimos to match the immediacy and smallness of the acoustic, but certainly she revealed Bolcom’s grateful word-setting and she brought alive the varied emotions of the poems. Her execution enjoyed enviable poise and an impressive top register. Equally impressive was the confident Tomasz Lis, admirable in support and characterful on his own terms, he finding more light and shade in the piano part than did she in the vocal possibilities. 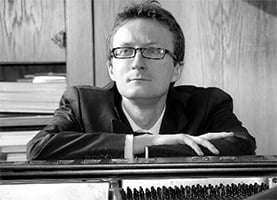 After the interval was Peter Child’s Emily Dickinson Songs (1998). Englishman Child (born 1953), now resident in the States if present for this performance, seems on the evidence of this aphoristic 10-minute cycle of seven Dickinson poems to compose communicative music that, on this occasion, paled a little beside Bolcom’s work while suggesting some kinship with Copland (himself a setter of Dickinson) and Tippett. Mortimer-Smith, now clad in white as well as barefoot, standing behind the chair, gave a performance that delighted the composer.

Less impressive was Samuel Barber wonderful musical version of James Agee’s words. Firstly, for all the continued excellence of Lis, Knoxville without an orchestra is handicapped. Furthermore, staging the work rather lost its innocence and intimacy, of being drawn into this evocative music on its own terms, and was not helped by the singer’s inconsistent breath-control, breaking the line sometimes and rarely if ever reaching down to a true pianissimo. That she lived and acted the music was never in doubt, but it was overdone, even overwrought, with something akin to a ‘dance of the seven veils’ and pulling her hair out. This music needs to tell its story without add-ons.

Having committed these cycles necessarily to memory, it was surprising that Mortimer-Smith needed scores for the three George Gershwin songs. This is sophisticated music and needs a similar response from the performer – which it didn’t receive. These were sloppy accounts, too impromptu, and suggested the need for more study and regard. Ella Fitzgerald could ‘jazz’ these songs while focussing their entirety. Mortimer-Smith encouraged the audience to join in with the chorus of ‘I got rhythm’ and proved a folly (your reviewer knows he can’t sing, so he didn’t). Gershwin deserves greater dignity than this. Nevertheless, in the Bolcom and the Child, Nadine Mortimer-Smith proved vocally and dramatically convincing and she was fortunate to have Tomasz Lis as her accompanist.