Skip to content
LnRiLWNvbnRhaW5lcltkYXRhLXRvb2xzZXQtYmxvY2tzLWNvbnRhaW5lcj0iNmIzNDMzNmNmZTc3NWZiNGJlMTVjMmIwMzU3NWM1MjYiXSB7IHBhZGRpbmc6IDI1cHg7Ym94LXNoYWRvdzogNXB4IDVweCAxMHB4IDAgcmdiYSggMCwgMCwgMCwgMC41ICk7Ym9yZGVyOiAycHggZG90dGVkIHJnYmEoIDEwOSwgMTA4LCAxMDgsIDEgKTsgfSAudGItZmllbGRbZGF0YS10b29sc2V0LWJsb2Nrcy1maWVsZD0iODM3Y2ExZjc0MGRjZDdkOTdlMzQzOWMyYjIwMWZmZTMiXSB7IGJhY2tncm91bmQtY29sb3I6IHJnYmEoIDIzOCwgMjM4LCAyMzgsIDEgKTtwYWRkaW5nLXRvcDogMTBweDtwYWRkaW5nLWJvdHRvbTogMTBweDtwYWRkaW5nLWxlZnQ6IDEwcHg7IH0g
LnRiLWNvbnRhaW5lcltkYXRhLXRvb2xzZXQtYmxvY2tzLWNvbnRhaW5lcj0iNmIzNDMzNmNmZTc3NWZiNGJlMTVjMmIwMzU3NWM1MjYiXSB7IHBhZGRpbmc6IDI1cHg7Ym94LXNoYWRvdzogNXB4IDVweCAxMHB4IDAgcmdiYSggMCwgMCwgMCwgMC41ICk7Ym9yZGVyOiAycHggZG90dGVkIHJnYmEoIDEwOSwgMTA4LCAxMDgsIDEgKTsgfSAudGItZmllbGRbZGF0YS10b29sc2V0LWJsb2Nrcy1maWVsZD0iODM3Y2ExZjc0MGRjZDdkOTdlMzQzOWMyYjIwMWZmZTMiXSB7IGJhY2tncm91bmQtY29sb3I6IHJnYmEoIDIzOCwgMjM4LCAyMzgsIDEgKTtwYWRkaW5nLXRvcDogMTBweDtwYWRkaW5nLWJvdHRvbTogMTBweDtwYWRkaW5nLWxlZnQ6IDEwcHg7IH0g
Porgy and Bess
An opera – with music by George Gershwin, book by DuBose Heyward, lyrics by Heyward & Ira Gershwin, based on Heyward’s novel Porgy, and the play of the same name written by Heyward and his wife Dorothy; book adapted by Suzan-Lori Parks and the score adapted by Diedre L. Murray
LnRiLWNvbnRhaW5lcltkYXRhLXRvb2xzZXQtYmxvY2tzLWNvbnRhaW5lcj0iNmIzNDMzNmNmZTc3NWZiNGJlMTVjMmIwMzU3NWM1MjYiXSB7IHBhZGRpbmc6IDI1cHg7Ym94LXNoYWRvdzogNXB4IDVweCAxMHB4IDAgcmdiYSggMCwgMCwgMCwgMC41ICk7Ym9yZGVyOiAycHggZG90dGVkIHJnYmEoIDEwOSwgMTA4LCAxMDgsIDEgKTsgfSAudGItZmllbGRbZGF0YS10b29sc2V0LWJsb2Nrcy1maWVsZD0iODM3Y2ExZjc0MGRjZDdkOTdlMzQzOWMyYjIwMWZmZTMiXSB7IGJhY2tncm91bmQtY29sb3I6IHJnYmEoIDIzOCwgMjM4LCAyMzgsIDEgKTtwYWRkaW5nLXRvcDogMTBweDtwYWRkaW5nLWJvdHRvbTogMTBweDtwYWRkaW5nLWxlZnQ6IDEwcHg7IH0g 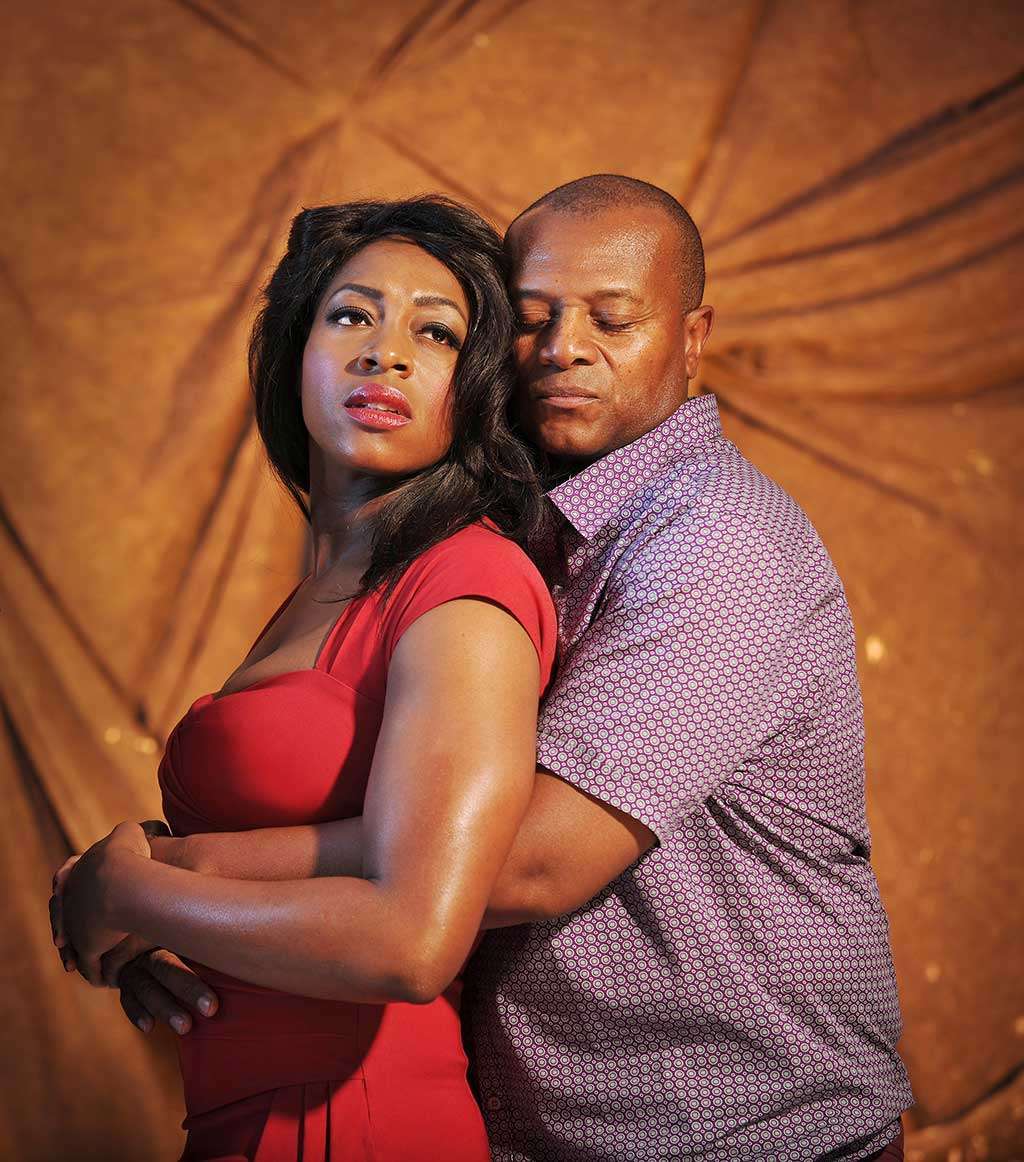 From “American folk opera” to ‘just’ opera, George Gershwin’s interest in creating Porgy and Bess lay in the 1925 novel Porgy, by DuBose Heyward, a native of Charleston (South Carolina), and dealt with the life of the eponymous hero, a crippled beggar from Catfish Row, and his relationship with Bess, a prostitute with a drug problem. Quite why Gershwin was so taken by the book is open to speculation, but he found something in it that appealed to his musical sensibility. He felt he could make a stage-work about these people in which he could combine his enormous gift for writing songs and as a composer of original American classical music.Gershwin contacted Heyward suggesting they work together, but it took eight years before he could find time to write his opera. Meanwhile, following the book’s success, Heyward’s wife, Dorothy, adapted the book as a play. This too was a hit and ran for two years in New York City, then toured the US and came to London. Porgy was the first play on Broadway to have a virtually all-black cast at a time when African-American performers were gradually becoming more visible through musical-theatre and nightclub revues. Gershwin wrote Porgy and Bess using a libretto by Heyward and his wife and his brother Ira, his main collaborator when lyrics were needed.

When Porgy and Bess opened on Broadway in 1935 George Gershwin hoped that his work would appeal not only to seasoned opera-goers but also to the public brought up on musical comedy. Perhaps having a foot in both camps was the reason why the production had a run of just 127 performances. However, over the years it gained in popularity. A simplified staging in 1941 toured for three years, while the 1952 production was more musical-comedy than opera, with William Warfield as Porgy, Leontyne Price as Bess and Cab Calloway as Sportin’ Life. Gershwin had died in 1937.

However, the African-American community was not happy with its portrayal of black identity and the fight for racial equality particularly in the southern states. The show was never meant to be a political comment, rather a piece about two outsiders. The show survived all the controversy even through the 1959 film version with Sidney Poitier, Dorothy Dandridge, Pearl Bailey and Sammy Davis Jr. Down the years it has been adapted to wide appeal, although the Houston Grand Opera production in 1976 did restore cuts. Metropolitan Opera gave its first performance of the work in 1985. We now have a version for the opera-house (recorded by Lorin Maazel and Simon Rattle, for example) and one for the musical-stage with a running time of about two and a half hours, a whole hour shorter than Gershwin’s original.

The book for the version now playing has been adapted by Suzan-Lori Parks and the musical score adapted by Diedre L. Murray. It sits well in the Open Air Theatre and indeed is the biggest company (twenty singers) and ensemble (fifteen musicians) that the Regent’s Park venue has ever had. Although founded in 1932, the Open Air Theatre staged musicals only relatively recently and it is now the practice to close the season with, to quote Sondheim in Follies, “a great big, Broadway show.”, such as Gigi, Hello, Dolly!, Into the Woods, Ragtime, The Sound of Music and other Gershwin (Lady, Be Good and Crazy for You). 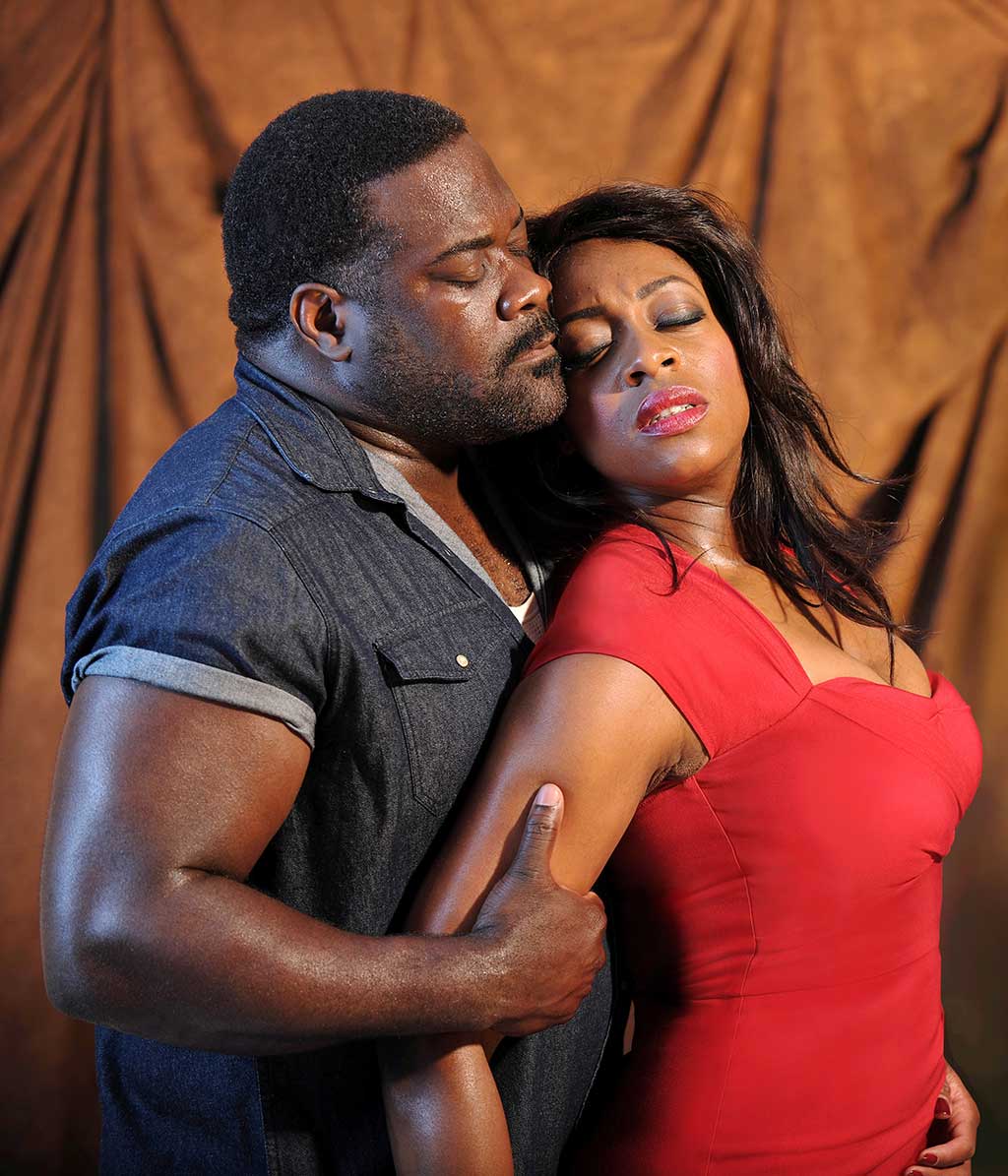 If Porgy and Bess looks well placed at the Open Air Theatre, the designs by Katrina Lindsay, however, do not help to create the atmosphere of Catfish Row. One expects a huge dilapidated mansion or a rundown tenement block, but instead the stage is dominated by a vast amorphous metal structure which looks more like a mountainside than the Charleston waterfront. Tables and chairs are mainly used as props, with the occasional piece of netting to indicate that the locals are fishermen and dockworkers. In the introduction we are faced with a worse-for-wear Bess, high on “happy dust” and dancing as if to save her life. She gives the impression that taking drugs eases the pain of having to work as a prostitute. She is looked after by Crown, a stevedore and a bully. Clara, a young mother sings ‘Summertime’, a lullaby to her baby and gradually all the other characters turn up – Sportin’ Life, the dope peddler, Robbins and his wife Serena and the other residents of Catfish Row. After a game of craps a fight ensues in which Crown kills Robbins. When Bess is shunned by all, only Porgy takes pity on her and the crippled man and the mentally scarred woman develop a relationship, despite Sportin’ Life’s offer to take Bess to New York. Much more has to happen before Bess can be rid of both Crown and Sportin’ Life and before Porgy can look forward to being reunited with his Bess.

It is a truly affecting story and one that cannot fail to move an audience to tears. Apart from the dramatic impact of the narrative, Gershwin’s music cuts the ground from under us and delivers an emotional punch to the stomach. Apart from ‘Summertime’ the piece is packed with great songs that are seamlessly integrated into the scenes. ‘A woman is a sometime thing’, ‘My man’s gone now’, ‘Leaving for the Promised Land’, ‘Doctor Jesus’ and ‘A red-headed woman’ all take over from the dialogue to explain in musical terms what the characters are feeling.

It is an all-black cast, apart from the two actors playing the policemen. Three of the leads are from America – Rufus Bonds Jr as Porgy, Philip Boykin as Crown, and Cedric Neal as Sportin’ Life – and they are all terrific. However the UK contingent proffers equally superb singers and dancers in the form of Sharon D. Clarke as Mariah, Jade Ewen as Clara, Leon Lopez as Jake, Golda Rosheuvel as Serena and the fantastically voluptuous Nicola Hughes as Bess.

To see and hear Bonds performing ‘I got plenty o’ nuttin’’ and ‘Oh Lawd, I’m on my way’ is to be moved beyond distraction, while his duets with Hughes, ‘Bess, you is my woman now’ and ‘I loves you Porgy’ are simply outstanding. Cedric Neal’s Sportin’ Life has the charming but sinuous appeal of a snake in the throes of squeezing the life from its victim as he sings and dances his way through ‘’It ain’t necessarily so’ and ‘There’s a boat dat’s leavin’ soon for New York’. I cannot think of another show that is so affecting or indeed is so difficult to sing. Timothy Sheader’s cast has tamed George Gershwin’s masterwork, Simon Lee’s players pull all the stops out in a riveting performance of the score, and Liam Steel’s choreography puts a stamp on a production that deserves much success.