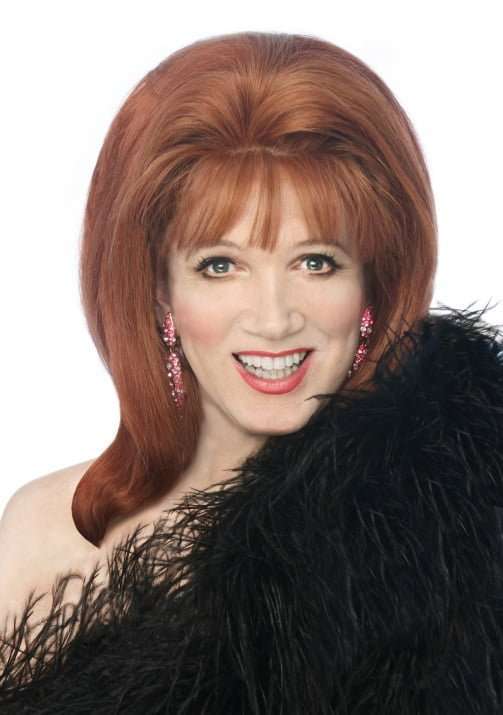 Though he has never performed before in the UK, Charles Busch (born 1954) is something of a legend in the US, a remarkably prolific writer, actor and drag queen. His numerous fringe-theatre successes include the notorious Vampire Lesbians of Sodom (1984), and he wrote a Broadway hit, The Tale of the Allergist’s Wife (2000), which starred Linda Lavin, Michelle Lee and Tony Roberts, was nominated for a Tony Award as Best Play, and ran for over a year. He was in London as a visitor years ago, when he had, he tells us, a memorable romance, but when he tried to rekindle the affair during his current stay, he found the man to be “a hundred and two … mind you, 102 is the new 90.” That is one of the funnier remarks in a show that is surprisingly tentative

One did not know what to expect from Busch, but for those who remember the hilarious turns given by camp Americans like Charles Pierce and Waylon Flowers, it was something more flamboyantly confident, maybe more maliciously witty. Busch includes brief impersonations (not very good) of gay icons Bette Davis and Joan Crawford, but his act meanders in a hit and miss style, stubbornly failing to ignite.

He was always stage-struck, and relates that as a young man he would persuade door keepers to let him explore New York’s theatres backstage. One afternoon he watched Ginger Rogers rehearsing for her London engagement in Mame, and recounts that she spotted him in the wings. For a moment their eyes met … then she yelled: “get that guy outta here!”. Other amusing anecdotes include that as a 14-year-old he was asked to nominate his favourite song. He replied (“what else?”), ‘The man that got away’. His attempts at becoming a television actor were dashed when executives realised that “I had a great face for radio.”

There is melancholy as Busch details his search for identity, which prompts a touching version of ‘I wonder what became of me’, a rarely performed Harold Arlen-Johnny Mercer number from St Louis Woman. The musical portions of the programme are among its strongest. A long and flat story about lyricist Marilyn Bergman precedes the haunting ‘I will wait for you’ (music by Michel Legrand), and there is a beautiful coupling of two songs with lyrics by Oscar Hammerstein, ‘Hello young lovers’ and ‘The folks who live on the hill’.

Busch’s arranger and accompanist is the affable Tom Judson, who delivers a pleasing ‘Someone to watch over me’ that ill-advisedly becomes the butt of a joke. Too many times the humour is tepid. Much of Busch’s work has been heavily influenced by movies. He confesses that rather than the typical example of film noir, he prefers brightly lit settings, such as those of his favourite, Edgar Ulmer’s Detour. This cues a disappointing sketch which is mainly a cue for songs which suit the movie’s desert settings, such as ‘Route 66’, ‘Perdido’ and ‘Frenesi’.

The performance is punctuated by Judson’s lilting interpretation of Bronislau Kaper’s sweeping theme from the film of Auntie Mame (a role Busch has played more than once) and the performance ends with a vocal version (by Kim Gannon) of the splendid melody ‘Drifting’, ending a patchy cabaret on a buoyant note.