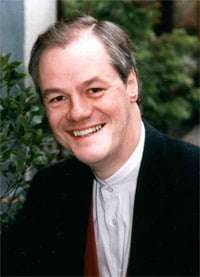 This was the second of two concerts billed as “The Lost Proms” – a worthwhile idea from Ronald Corp to rehabilitate pieces that featured (sometimes frequently) on concert programmes in years gone by. Overtures have been a major casualty in recent years but, as Corp suggested in his opening remarks, they can serve as an ideal curtain-raiser; however, in these Mahler- and Shostakovich-fixated times, Suppe’s to “Poet and Peasant” (1846) is hardly likely to regain favour, for all that its ‘Sunday matinee’ appeal has not diminished. Warmly ruminative then suavely energetic, Corp did the piece full justice and was scarcely less convincing in that to Flotow’s opera “Martha” (1847), with its allusions to the evergreen ‘The Last Rose of Summer’ and military overtones that heighten the atmosphere of an overture whose popularity in England endured for over a century.

A well-conceived ‘three-by-three’ programme also featured a rare outing for Josef Holbrooke’s tone poem The Birds of Rhiannon (1925), a synthesis of elements from his opera-trilogy based on Celtic legend which, as on previous encounters, lacks sufficient individuality in its themes and their handling to suggest that more of this prolific composer’s orchestral output might be worth reviving. The New London Orchestra proved equal to the task, however, and were no less assured in support of MatthewTrusler – who evinced a keen virtuosity in Saint-Saëns’s Introduction and Rondo capriccioso (1863), an effervescent vehicle for Sarasate that again enjoyed popularity over its first century of existence (indeed, the previous occasion on which your reviewer heard it in a concert was by the then violinist Yan-Pascal Tortelier in Birmingham some 32 years ago!). 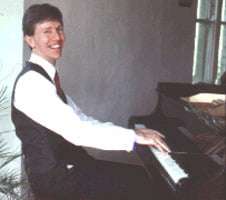 The first half had concluded with another oncertante work, but this account of Gershwin’s Second Rhapsody (1931) was significant in its being the London premiere of the piece in the original scoring – realised by Jack Gibbons and performed with the customary attentiveness and panache he brings to this composer’s music. (About 10 years ago, Michael Tilson Thomas recorded Second Rhapsody using his own edition based on the manuscript in the Library of Congress, the previously ‘arranged’ orchestral parts having been destroyed – Ed.) What emerged more clearly than before was a work that takes Gershwin in intriguing new directions: there may be none of the ‘big tunes’ that grace his earlier such pieces, but the organic ingenuity of the thematic writing – with the tensile integration of soloist and orchestra, and heady momentum with which the piece builds, confirms a new assurance that would doubtless have been built upon had he lived to do so (a symphony was one of several commissions that remained unrealised). This was a major act of restitution on Gibbons’s part and the sure highlight of the evening.

It would have been good to report that the performance of Roy Harris’s Third Symphony (1937) which ended the evening had comparable conviction. Unfortunately, the hardworking NLO was not quite equal to the task – not least with the dense opening string polyphony played by just four cellos and two double basses. Corp had the measure of the work’s formal inevitability (inspired but rarely indebted to that of Sibelius’s Seventh Symphony) such that it lacked little in expressive focus, but the strings were hard-pressed in the intricate arpeggio writing of the central section – while the propulsive music that follows did not prepare for the fateful, timpani-dominated denouement with quite the frisson necessary. A pity, as this is a work that could yet make a comeback given the right conditions, and Corp’s advocacy was not lacking in force of commitment.

Both concerts were given in association with (and all proceeds going to) Mencap, the UK’s leading charity for those with a learning disability: a relationship between the arts and society that will hopefully continue over future seasons, and thereby give London audiences the chance to hear more of those neglected gems that Corp hopefully has lined up for “The Lost Proms”.