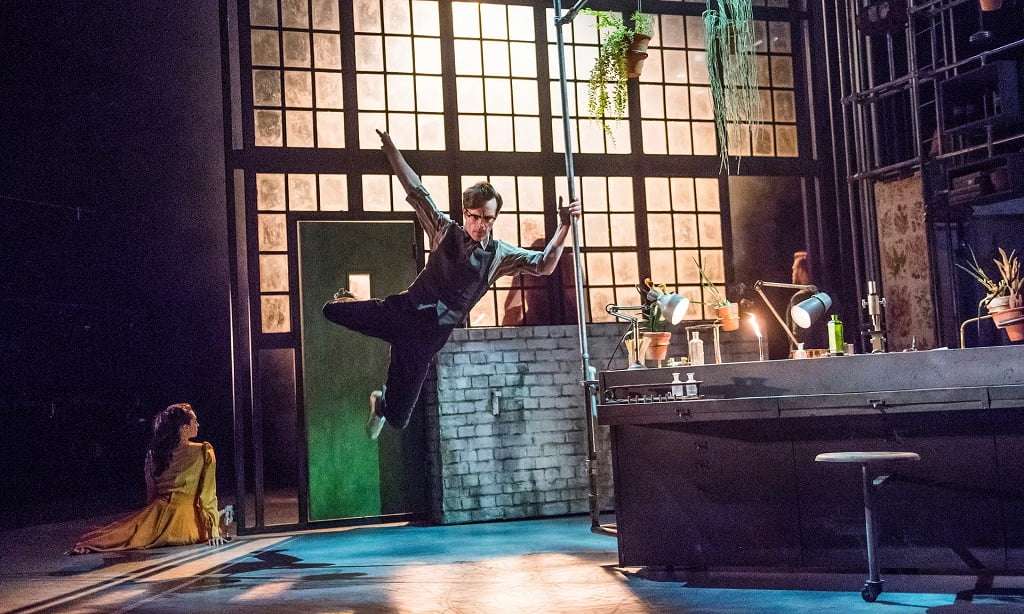 Drew McOnie is a name to remember. This young man has been a feature of the London dance scene for some years now, distinguishing himself as a dancer of considerable accomplishment and stage personality, so it is with pleasure that his move into production and choreography is to be noted. However, Matthew Warchus, Artistic Director of the Old Vic has taken something of a gamble with McOnie: on the basis of his previous essays in choreography – Drunk (2014) and In the Heights (2015) – he has been commissioned to create a new full-evening narrative for The Old Vic. And thus Jekyll and Hyde has come into being.

Those responsible for the monstrous Frankenstein over the river at Covent Garden should organise a form-trip to see what McOnie, with rather more limited resources, both financial and scenic, has achieved. The two works occupy the same narrative territory – nineteenth century gothic – but their approaches could not be more different: where Liam Scarlett for The Royal Ballet is sprawling, prolix and unfocussed, McOnie, his skills honed in commercial theatre, is taught, tight and, for the most part, precise.

With just 12 dancers comprising his McOnie Company, and the director/choreographer essaying his first narrative work, it is all the more impressive what has been achieved. The style of narrative owes a great deal to Matthew Bourne, who has, for the past twenty years, cornered the market in dance theatre, but brings in much of McOnie himself, not least his experiences as a stage performer; there are elements of ballroom, social dancing (the jive etc.), even capoeira. The key is that he understands theatre and what works on a stage, so that his narrative zips along at a real pace, framed both ingeniously and effectively by Soutra Gilmour’s oh-so-clever revolving set, in essence three panels attached to a central pole but which spin and turn to reveal scene after scene, the props and furniture moved by members of the indefatigable cast. 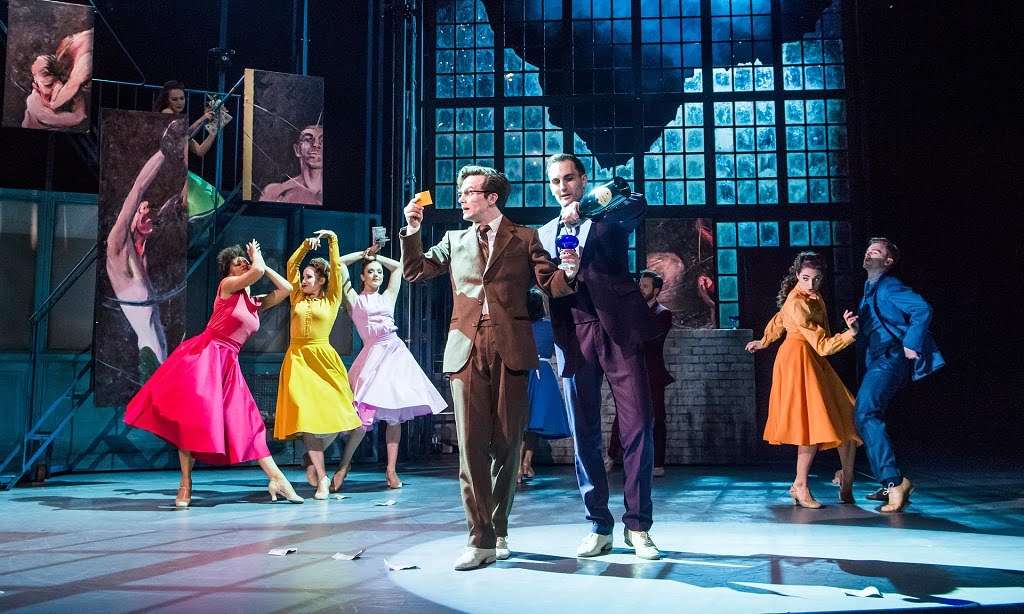 This is a clever reimagining of the Robert Louis Stevenson’s novella, making Dr Jekyll the owner of a flower shop (is this particular Jekyll pronounced as in ‘Gertrude’ one wonders?) in search for the perfect growing ingredient for his blooms. The mistaken inclusion of his own blood to this Miracle-Gro solution makes the flowers flower and, when ingested, turns him from a shy, nerdy shop-owner to a rampant brute. McOnie has two dancers provide the ego of Jekyll and Hyde and wisely chooses different body types; Tim Hodges is a taller, more muscular Hyde and is given thuggish, aggressive and sexual choreography, and dances well, even if one suspects he is a rather nice chap in real life.

Daniel Collins as Jekyll is shorter, more slight and simply sensational, not only in his dancing, of which he has a huge amount, but also his stagecraft and acting. With his Buster Keaton face, he proves a superb comedian while he can portray anguish just as well, as Jekyll’s trajectory nose-dives and the monster within struggles against its better self. Other company members have their own characters and moments in the spotlight, all most ably and engagingly taken.

There are moments when McOnie’s tone is perhaps slightly askew; ‘West End’ jokey dances certainly leaven the sense of impending disaster, but sometimes jar with that darkening atmosphere. Grant Olding is the composer of a commissioned score which nods at the nominal 1950s setting for this work, but also includes rock music (for Hyde’s sexual struttings) and many other influences, and it is only at the odd instance when it all becomes too light. But what he and McOnie (this is very much a close collaboration) achieve is to portray the descent into hell as the body count rises and Jekyll’s mind disintegrates. Finally, Jekyll murders the love of his life, fusing with the monster within himself, which then unleashes an episode of great scenic effect as near-naked bodies rise up out of his work-bench and slither to the floor around him, the gates of the inferno opened. Musically and dramatically it is spell-binding and leads inevitably to a final fight between Jekyll and Hyde with the former stabbing the latter and, thereby, himself.

McOnie can be well pleased with his efforts – his sure hand with all elements of this impressive show presage a successful career in choreography and production. He moves dance theatre on with this Jekyll and Hyde and delivers a lesson in how to deliver literary horror.