With its premise of “Music as the Medium of Engagement”, the Messenger Project is an ambitious tour by Santa Barbara-based ensemble Camerata Pacifica – one masterminded by its Belfast-born flautist and artistic director Adrian Spence. The Wigmore Hall concert (the only UK appearance other than Northern Ireland) comprised two substantial works from American and Irish composers. 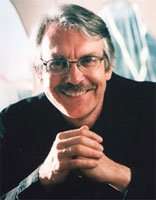 Although a significant representative of the middle generation of American composers, John Harbison has enjoyed only limited exposure on this side of the Atlantic. Essentially but not demonstratively conservative in idiom, his music provides a thoughtful if hardly radical perspective on what might be termed ‘classical tonality’: one drawing on the achievement of earlier eras without revitalising their legacy. Thus his Piano Quintet (1981) – whose substantial ‘Overture’, keenly felt and resourcefully argued if a little staid in invention, provides the impetus for the movements that follow. A lithesome ‘Capriccio’ is preceded by a wistful (and appropriately Brahmsian) ‘Intermezzo’ then an aggressive ‘Purletta’, before the ‘Elegia’ rounds off the work with a heartfelt revisiting of its main ideas.

The work was superbly played by the members of Camerata Pacifica, whose powerfully projected musicianship did not preclude a corresponding inwardness or subtlety. Qualities equally in evidence with the performance of Ian Wilson’s ‘The Messenger’ Concerto which followed after the interval. 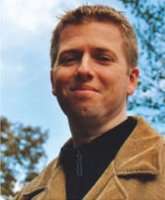 In his introductory comments, Spence made the point that whether the audience members liked the piece was secondary to the impact it made on them. In truth, there was little to dislike about music that eloquently reflected Wilson’s experience of having to leave Belgrade on the eve of NATO bombingin 1999. The problem, such as it was, is a certain sameness of manner – certainly in the first two movements, whose predominantly slow tempos precluded a cumulative or intensifying momentum. The ‘First Message’ also seemed over-extended when the discourse rested largely on harmonic emphasis rather than contrapuntal discourse – though its successor, a lullaby for the composer’s son Adam, had a soulful sincerity that could hardly be other than disarming. The ‘Third Message’ duly countered this with a grim energy and dynamism that found respite, but little solace, in the ‘Fourth Message’ – a tribute to Belgrade and, by inference, to Serbia’s continued political and cultural misrepresentation.

Once again, the performance was consummate, though Catherine Leonard’s mastery of the demanding solo part was not always enhanced by the uneven balance between strings and wind (an unavoidable consequence, perhaps, of Wilson having had to scale down the initial instrumentation). Overall, though, the impression was such as to make one anticipate the works that Wilson is to write during his association with Camerata Pacifica – and with hopefully a recording of all three.

Between the above works, Warren Jones played the first of Brahms’s Opus 117 Intermezzos – this being the ‘lullaby’ that Wilson alludes to in his concerto. Eloquently if a little too somnolently rendered, it confirmed that Jones – as with his colleagues in this ensemble – is a musician of skill and sensitivity.