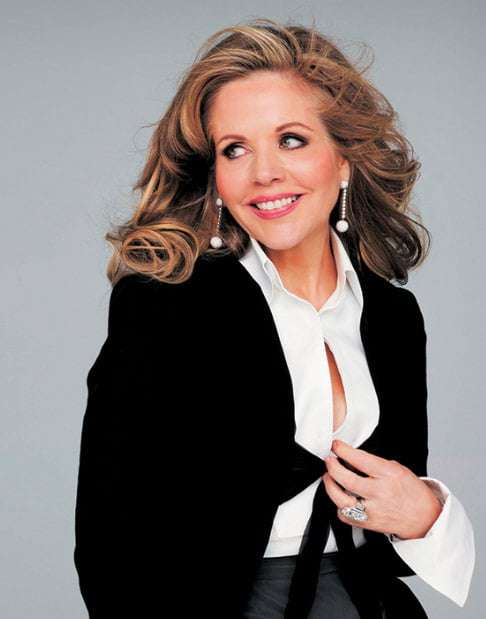 In this season-ending MET Orchestra concert, the second of three at Carnegie Hall, David Robertson led a Richard Strauss program with Renée Fleming. Robertson was called in to replace James Levine, recently announced as Music Director Emeritus of the Metropolitan Opera. Levine conducted the concert on May 19 as he will on May 26.

The core of this matinee belonged to Fleming, who debuted at the Met twenty-five years ago. Hers is a gauzy, metallic sound that shines brightly in the roles of Strauss’s operatic heroines. It is fitting then that next season, when she bids farewell to the stage, Fleming will deliver her final portrayals of the Marschallin in Der Rosenkavalier in New York and London.

On this Sunday afternoon, Fleming included the Four Last Songs. Her intimate connection to these settings was immediately evident: she sang with delicate polish and nuance. Time has taken its toll on her once-lustrous instrument, and top notes have begun to thin noticeably, but the lower end of her range has grown darker, adding especially affecting shading in the weightiest passages.

After intermission, Fleming offered five further Lieder from across Strauss’s output, ranging from the lullaby ‘Meinem Kinde’ to ‘Die heiligen drei Könige aus Morgenland’, a narration of the journey of the Three Magi to the home of the infant Christ. This was an eclectic mix that, while enjoyable, did not make for the most cohesive combination. As an encore Fleming closed with a rousing ‘Cäcilie’, which overflowed with winning charisma.

The concert had opened with Robertson’s exuberant reading of Don Juan, and it closed with Also sprach Zarathustra, inspired by Nietzsche. Zarathustra’s introduction was made generally famous by Stanley Kubrick’s film 2001: A Space Odyssey, but thanks to the MET Orchestra’s dynamic execution, the bold preface was freed from cliché. Robertson and the ensemble masterfully realized Strauss’s colorful orchestration and transitioned deftly between the sections. David Chan brought lyrical sweetness and technical finesse to the violin lines. Thanks to its performances of Strauss’s operas, the MET Orchestra has great familiarity with his styles – sweeping melody, lush orchestration, and avant-garde harmony. This familiarity was channeled into superb playing of challenging repertoire: when the MET Orchestra exchanges the pit for the concert hall stage, it is confirmed as among the premier music-making institutions.