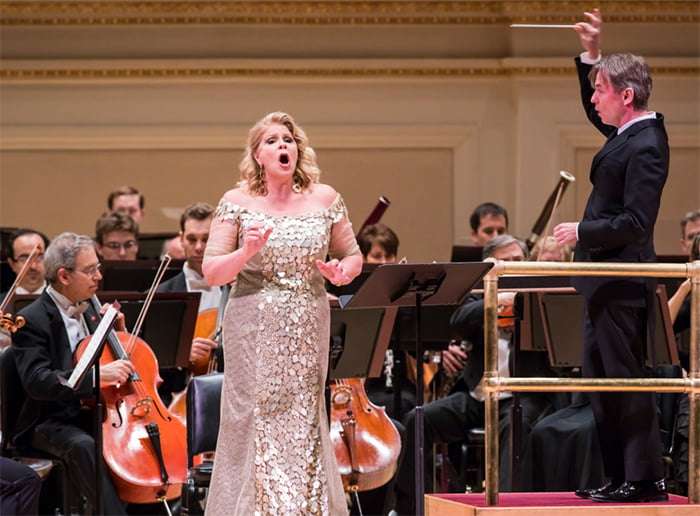 The MET Orchestra’s former music director, James Levine, and its conductor on this occasion, Esa-Pekka Salonen, have one aspect in common: their abiding interest in for Mahler’s music. Levine’s comprehension of Mahler’s idiom improved measurably; Salonen can generate much excitement; however, if too often supported by overly pressed tempos and exceedingly loud climaxes. Witness his often hurried, frequently characterless reading of these ten Wunderhorn songs, too often stiff, dry and devoid of color and nuance, without that earthy quality that makes these settings so endearingly witty and rustically charming. Even more unfortunate was the choice of the otherwise fine tenor, Matthew Polenzani, to sing what Mahler intended to be performed by a baritone. He does not have sufficient vocal power in mid-range, to be heard sufficiently, and he too often sang as if he had no idea what the texts are intended to communicate. Nonetheless, his gentle, soulful reading of the tragic wartime ‘dialogue’, ‘Wo die schönen Trompeten blasen’ was impressive.

Susan Graham is an accomplished vocal artist; and she tried to act out her songs, an attribute which differed markedly from Polenzani’s often-insipid renditions. Her perky manner and humorous delivery made ‘Wer hat dies Liedlein erdacht’ even more humorous than usual, and ‘Das irdische Leben’ was impressive for its dramatic import and well-conceived distinction in intensity between the unfortunate child who could not wait for food and his poor mother unable to provide it. Unfortunately, Salonen’s brisk pacing for all but the last verse of Rheinlegendchen hampered Graham’s effort to lend charisma to this folk-tale. ‘Lob des hohen Verstandes’ was an unusual choice for the final song – Mahler did not prescribed a sequence – with its Aesopian tale of a singing contest between a cuckoo and a nightingale, judged by an ass. Graham made every effort to deliver this delightfully silly song with all the humor it calls for. 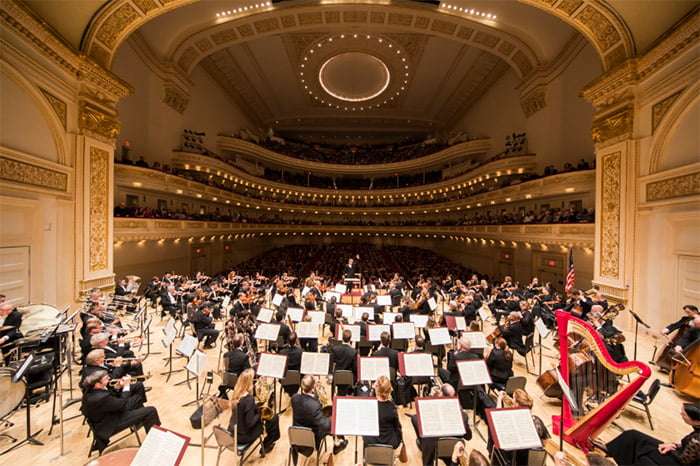 Salonen imbued the First Symphony with as much energy and power as he could muster. Occasionally, the MET Orchestra had some difficulty keeping up with his erratic, hurried reading. Given his penchant for high-volume climaxes (particularly in the Finale), balances were not as well considered as they might have been when the brass was given the green light. Given his approach to the First as a whole, it would seem that Salonen thinks that Mahler intended to portray youthfulness in this Symphony as a combination of the following characteristics: erratic (first movement), forceful (second), subject to strange dreams (third) and extremely flamboyant and boisterous (last movement). When he avoided pressing the tempo forward, as in the development section of the first movement, the feeling of calm that ensued was a welcome relief. An exceedingly aggressive approach to the Scherzo forced its Ländler dances to race by uncharacteristically; the contrasting Trio was more attuned to its lilting lyricism.

Most unusual was Salonen’s rather quick pace to begin the funeral-march movement, causing the Yiddish tune played by two oboes and one of the Lieder eines fahrenden Gesellen to race by haplessly. Only in the Finale did Salonen succeed for the most part. His rapid-fire treatment of the opening, enhanced by bold brass, made the storm music sound furiously tempestuous. Even more impressive was a thoroughly engaging second theme, exquisitely played. During the approach to the closing peroration, which contains the focal point of the Symphony, Salonen, unlike too many other conductors, applied some weight as Mahler directs to make this crucial passage more grandiose. In what follows, Salonen let tempos and dynamic levels loose, the former somewhat to excess, where Mahler makes no change at all. Yet the dynamic sweep of this music was overwhelming, and its heroic bearing monumental.